From el Altar, church in the clouds

Ecuadorian mountains stand out for their beautiful natural “domes,” but nothing compares to the so-called “Altar,” a colossus rising to the east of Riobamba city like a natural altarpiece, which inspires deep admiration and awe in those privileged enough to have reached its heights.

The Spanish name is a reflection of the volcano’s shape: a kind of reverse crown resembling a church altarpiece. This natural structure is adorned with majestic rocky peaks named after religious gures, such as Obispo (bishop), Monja Chica (small nun), Monja Grande (big nun), Canónigo (canon), Fraile Beato (blessed friar), Fraile Oriental (eastern friar), Tabernáculo (tabernacle), Púlpito (pulpit) and Acólito (acolyte). At the Altar, we find what is arguably the concentration of the country’s most beautiful peaks. 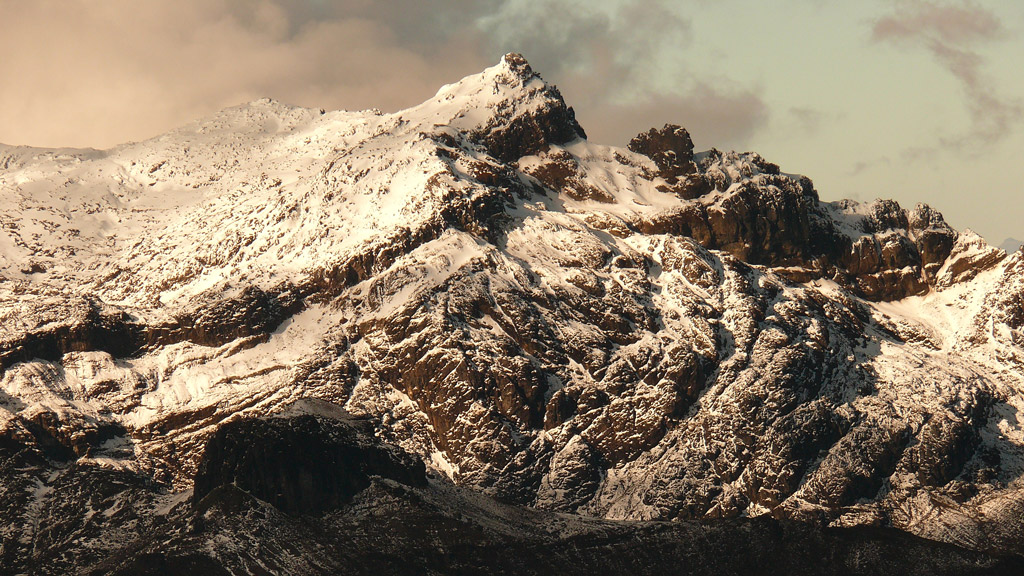 At 5,320 meters above sea level, Altar’s elevation is impressive. On clear days it can be seen from any- where around Riobamba, skewing your gaze east. Its original name is Capa-Urco, which means “powerful and sublime mountain.” Its glaciers are great sculptors, which have carved out peaks, permanently gashed flanks and borne the different lakes lying in the mountain’s lower transects. The most famous and visited is Laguna Amarilla (Yellow Lake), hidden in the actual caldera between the Obispo and Monjas peaks. Other beautiful lakes, located on the southeastern side of the mountain, include Estrellada, Mandur, Azul, Pintada, Verde, Negra Pacha, Quindecocha and Condorazo, from which important rivers of eastern Ecuador form, including the Palora headwaters. 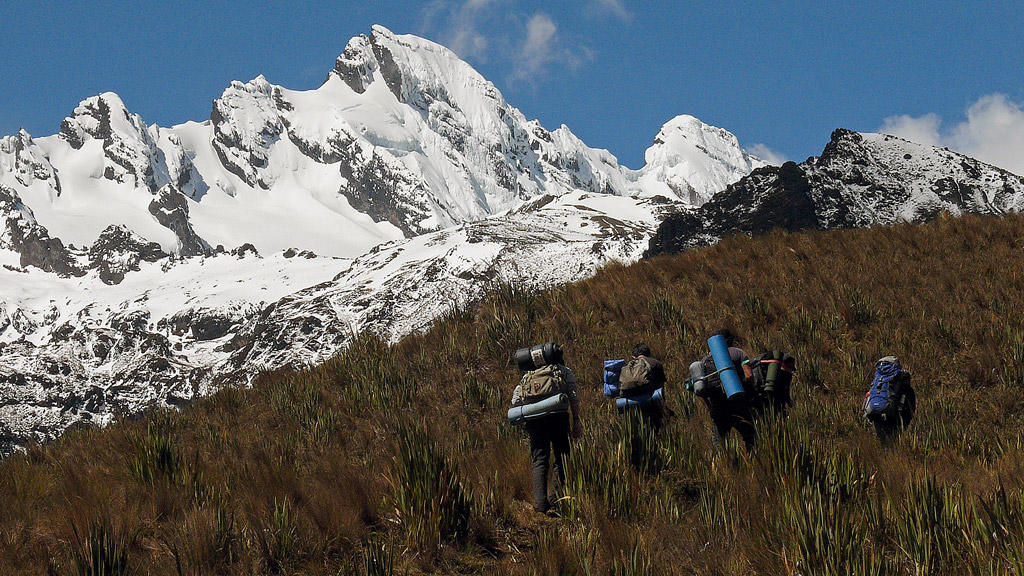 To reach the Altar Lakes, take the Riobamba-Penipe- Baños road to the community of Cubijíes and keep going southeast until you reach the community of Inguisay. Here begins a 5-hour hiking adventure through vertiginous gorges irrigated by the different streams and waterfalls created by mountain snowmelt. The ascent is not easy and requires determination and tenacity to get to the site known as “the Italian Camp,” named after the group of European climbers who undertook the rst expeditions to crown these peaks. Here you can camp or continue hiking to the different lakes, surrounded by highland snow. Looking east on clear days you can see the smoking Sangay volcano on the horizon. The sunsets from these spectacular heights are nothing short of celestial and experiencing such a unique place is not only enjoyable, but truly unforgettable. 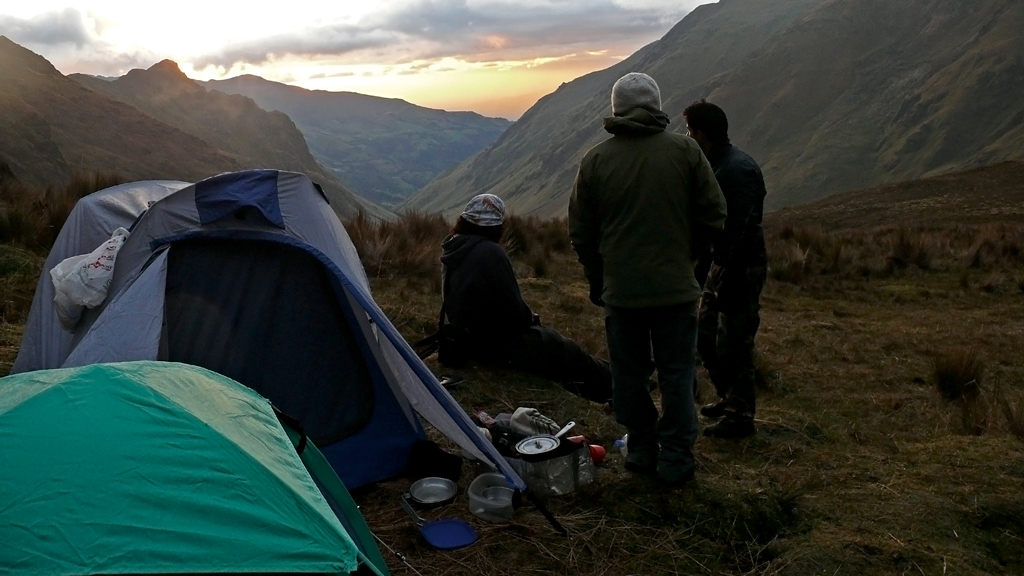 How to get there

The Collanes Valley and the Yellow Lake

Riobamba, via Penipe – Baños – La Candelaria– Hacienda el Releche. (at this estate you can rent horses and porters). From the hacienda, walk to the Collanes Valley, where you can camp or sleep in the small lodge at the site. Then continue on for an extra trek to the crater, or other lakes, including Laguna Amarilla.

The Altar lakes. These lakes can be reached via the Penipe road toward Químiag, Chagñay and Cubijíes southeast toward the village of Inguisay, where the trek to El Altar’s lakes begins. In Inguisay you can hire porters and local guides who can take you to the Campamento Italiano (Italian Camp).