Dancing in the streets in New Orleans, masked madness in Venice, naked women in Rio… Quito’s version of this subversive fiesta known as Carnival, or Carnaval, has been reduced to throwing water at one another (its wildest versions did, at one time, require authorities to force water shortages in order to stop the senseless misuse of this vital resource).

Wherever you are in the world, Catholic countries usually throw cathartic celebrations before Lent, which commemorates the 40 days of fasting Christ inflicted upon himself prior to his death on the Cross. It marks the start of the most important period for Catholic Quito, one that builds over the next month or so to its peak of Semana Santa, or Holy Week.

Lent begins on Ash Wednesday, which apparently can be traced back to the ancient Jewish tradition of covering oneself with ash as a sign of sacrifice and regeneration. Its New Testament interpretation conveys the idea that all matter is reduced to nothing, so forgiveness is thus accessible through the sacrifice of “returning to dust,” represented by the act of fasting.

In Quito’s historic center it is still common to see people with their foreheads’ smudged with ash, made from the burned dried stalks kept from the previous year’s Palm Sunday bouquets of plant leaves and stems… 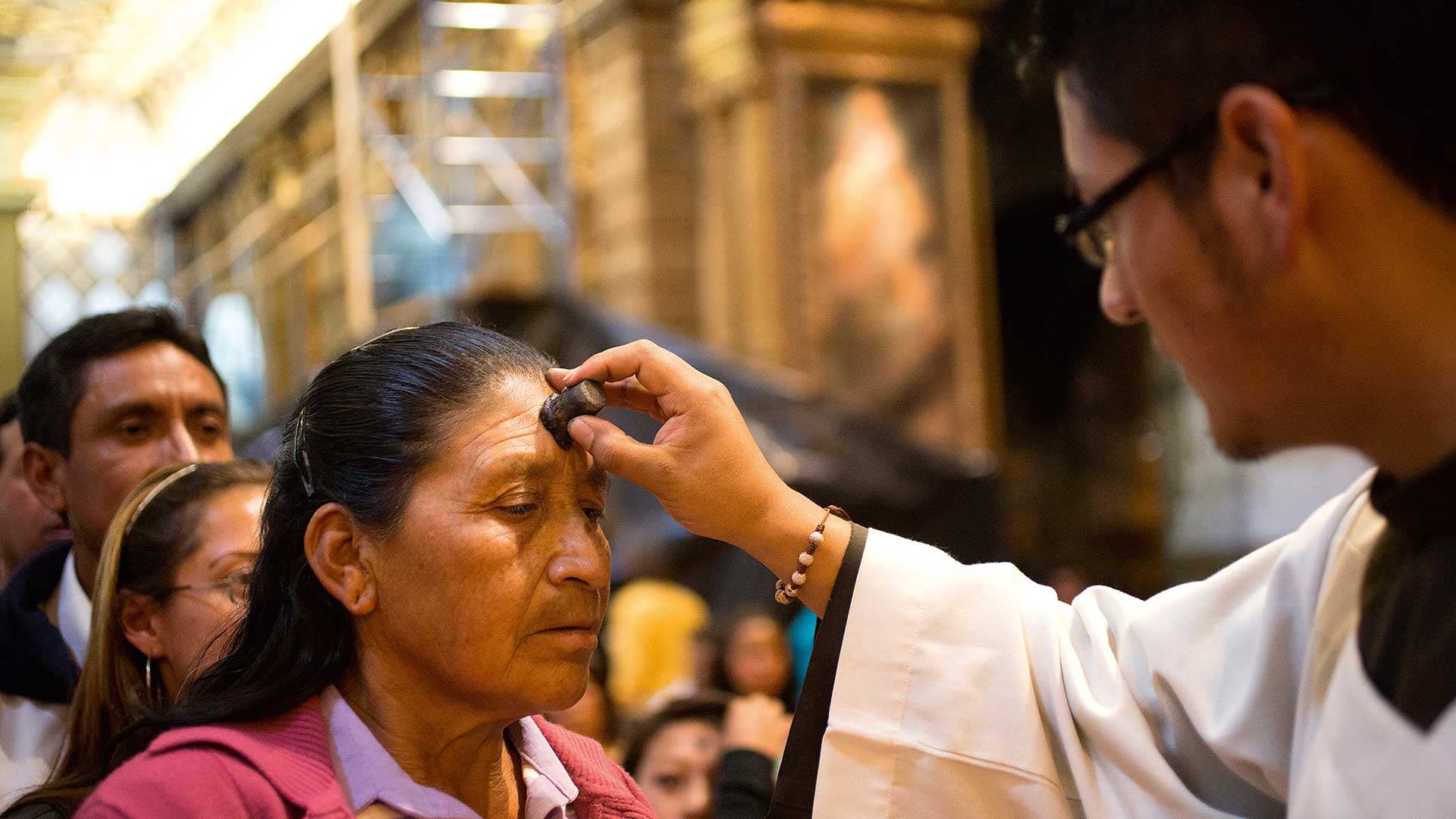 People reminisce about the old days, when nobody in the house was allowed to stay out on weekends during Lent, when radios exclusively played classical music, and TV channels only aired religious films. Above all, of course, no one was allowed to eat meat on Fridays. This practice can be traced back to the original carnevale (or “flesh leaves” of Roman tradition), which, among other things, reflects the custom of eating all perishable products possible (meat, dairy, etc.) before Lent. A time for reflection and catharsis Lent’s fasting period tells us that animal flesh symbolizes our material world, which is contrasted with the spiritual realm, which in turn is symbolized by the dust one is supposed to end up as after not eating for over a month!

Some say that Carnaval’s irreverence gives you something to repent. This, of course, goes beyond food. In many parts of the Catholic world, Carnival “debauchery” has intensified into several days of chaotic parades and nocturnal street parties, while the sacrifice of fasting and penance have almost entirely disappeared from popular habit, save except the newer Western custom of giving up luxury or unhealthy foods during that period. But these explosive celebrations, held throughout the world, have ironically never truly been taken advantage of in secular, mestizo and indigenous Quito. One would think Carnaval would have taken root a little deeper in a diverse and syncretic society like this, but apart from escaping to the beach or wetting each other with buckets of water (a custom that is actually related to an old Spanish one), Quiteños show little interest in having fun.

Instead, with Easter Week in mind, this is a time when the city gathers its guilds and Catholic volunteer groups to plan, since Easter, and not Carnaval, is what Quito identifies with.

The liturgies, especially the Good Friday procession, represent the epitome of repentance. Few places in the world today glorify mourning so vehemently, or base an actual celebration on such grave concepts as guilt, orthodoxy, or death. So central is Easter to the lives of true Quiteños that its popularity is actually growing (despite the fact there’s no sex, drugs, or rock n’ roll). It is, on the other hand, an honoring that plays witness to a unique cultural crossroads, where funeral liturgy confronts a kind of spiritual libation, which pours its most exaggerated expressions onto the streets, when ancient ritual takes over what is normally a cosmopolitan, modern city. That is why so many come out with such overreaching devotion, and that is what so many come to witness with wonder; ancient tradition firmly rooted in modern life. 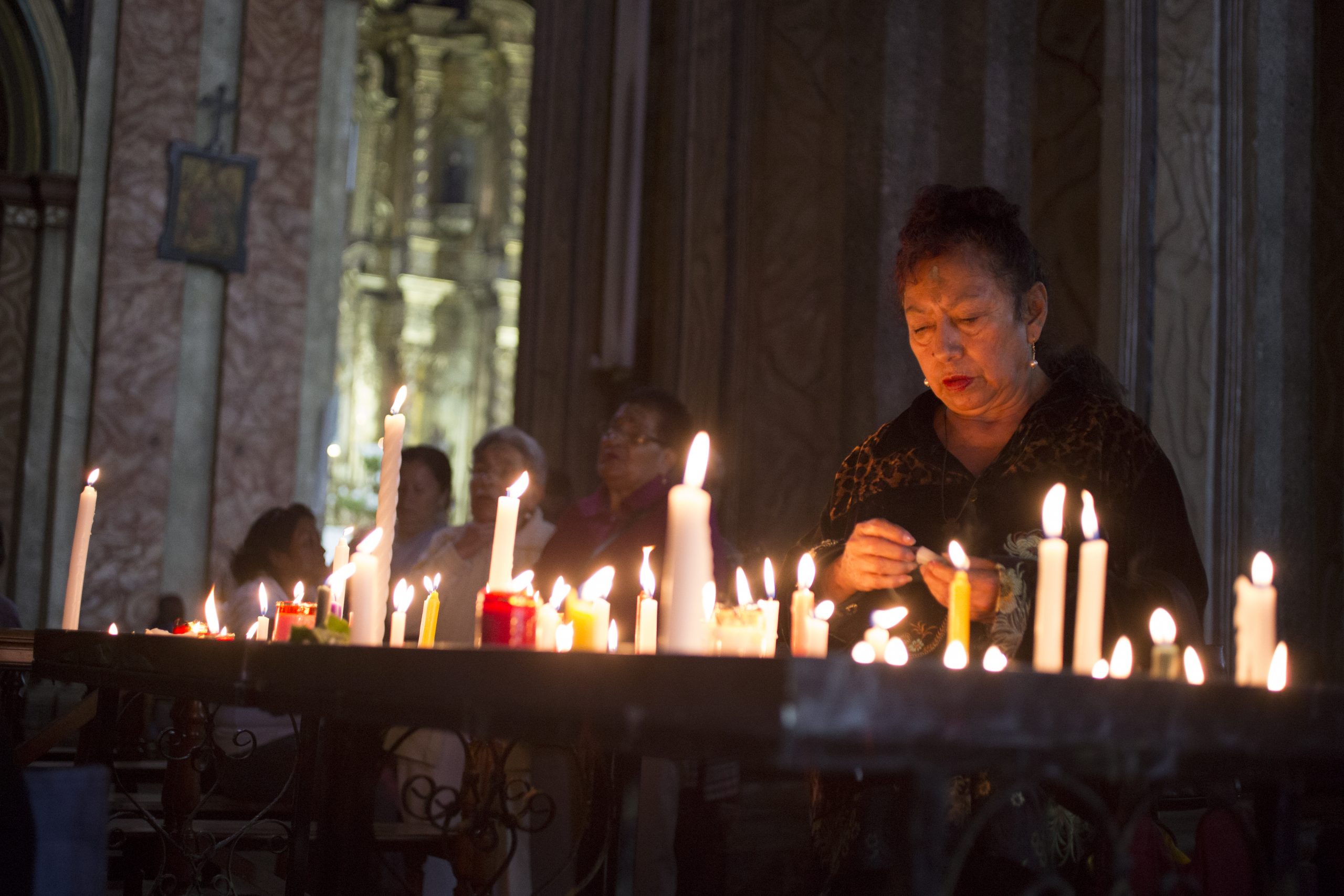