Heading inland from Playas, to the east, ultimately takes Puerto El Morro you to, part of the El Salado Estuary mangrove system. Boat rides leave from here regularly to explore the setting, and with luck, find dolphins in a beautiful natural environment (they can also be found in Posorja, and perhaps more of them, although they are usually hanging around large fishing boats, which certainly makes for a more industrial setting).

Along the way, El Morro is a must-see, a small town dominated by a massive white-and-green church. You can also visit Cerro El Morro, one of the few hills in the area, where one can hike or rock-climb. Most of the landscape here is very dry, and somewhat eerie as you pass by a coastal cemetery before El Morro town. Dried up shrimp farms, very prominent and extensive, show their impact on the habitat. 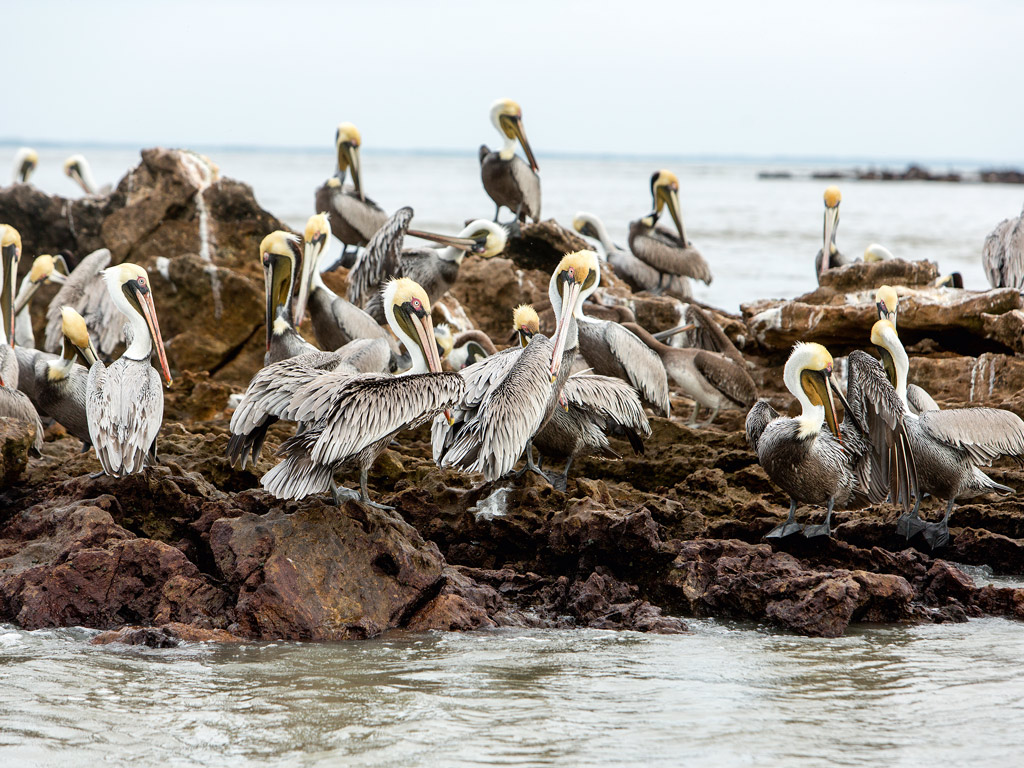 Pelicans hang out on small rock mounds that lie on the way to Puná.

Back in Playas, the coastline to the east continues along a road called Via a Data. As you are leaving town, a string of medium-scale hotels (El Delfín, Bellavista, Tucano) offer a decent overnight. Data de Villamil and Data de Posorja, with its pretty Varadero beach.

At the end of the road comes Posorja, an old fishing town that some twenty years’ ago was filled with canoes and balsa rafts and is today lined with barges and ocean-liners. The town has little to offer the traveler, except for a fascinating legend that explains the town’s unique name. Posorja was allegedly a girl who, in pre-Columbian times, appeared on these very shores, born from the waves (Posorja apparently means ‘ocean wave’). She would return to the sea many years later, after presaging the coming of the Spanish to the natives.  Another distinction of Posorja, and of the area in general, is the reputation it has as one of the most tempered climates in the world (a legendary Guayaquil pediatrician named Francisco de Ycaza Bustamante used to prescribe vacations to Posorja to cure and strengthen his patients). Finally, Posorja is a jumping off point for visiting Isla Puná. 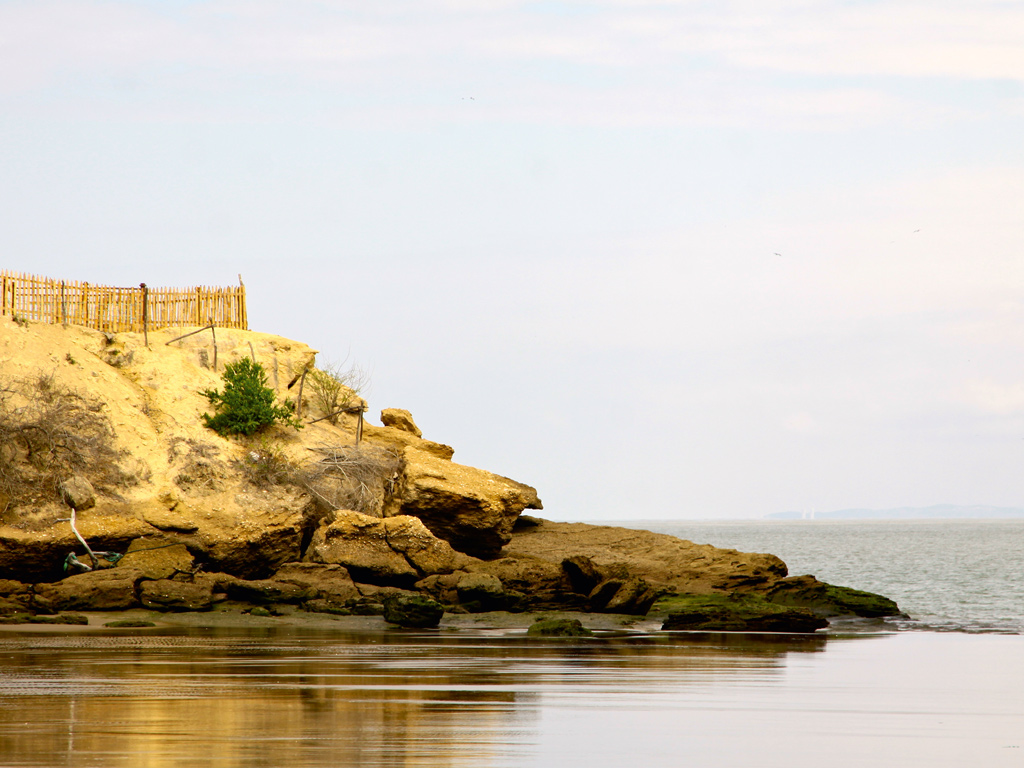 A 30- to 45-minute boat ride can be organized with the local community (you take the same road you came in on until the end, coming to a small breakwater where lancheros line-up, starting from 8 AM) to take people across.

There is a good chance of spotting dolphins as we head into the Jambelí Channel. There’s the option of stopping at wonderful Manglecito islets, where one can disembark and tour the green, natural setting, then pass by a series of rocks overpopulated by frigatebirds and pelicans, and reach the western coast of Isla Puná.

Almost a thousand square kilometers in size, Isla Puná is the largest island in the Gulf. Our recommendation is to reach Subida Alta (there are other towns that are closer, but become crowded with people)

Subida Alta is a humble, paradisiacal spot, with bamboo homes (you can even overnight at the small Hola Ola Inn (a two-room bamboo-chute hotel with hammocks and friendly ladies who’ll cook you a delicious fresh-fish platter). Beyond the lookout point, you’ll find a very beautiful, secluded beach on which to bask in the sun away from the madding crowds.

There is much tourism potential in Puná if its current setting is respected. It remains a great place to discover, yet these are the very first steps the community is making to show people around. Let us know what you think. We were very pleasantly impressed.  To reach the island’s eastern coast and its most important town, Nueva Puná, we recommended setting out on the faster yachts from Guayaquil’s Mercado de Caraguay.