We cannot write about the state of conservation in Ecuador without taking into account the deep problems that our country’s coastal regions face. Impacted not only across their extensive forests, both humid and deciduous, with an agricultural frontier that knows no bounds, its wide, seemingly endless ocean is now revealing its limits as well.

“The sea is generous…” says María Cristina Miranda of Equilibrio Azul (blue balance), a foundation that monitors coastal and marine ecosystems in Ecuador: “that’s her gift; and yet, that is why she’s drying up.” By now, fishermen are well aware of this inconvenient truth. Their daily catch is increasingly more difficult to come by.

Once abundant, no matter where you seek out the fruits of the sea today, they’re no longer where they used to be; you must travel farther out into the ocean, use more advanced technologies to pick out any semblance of what you could find in years past. 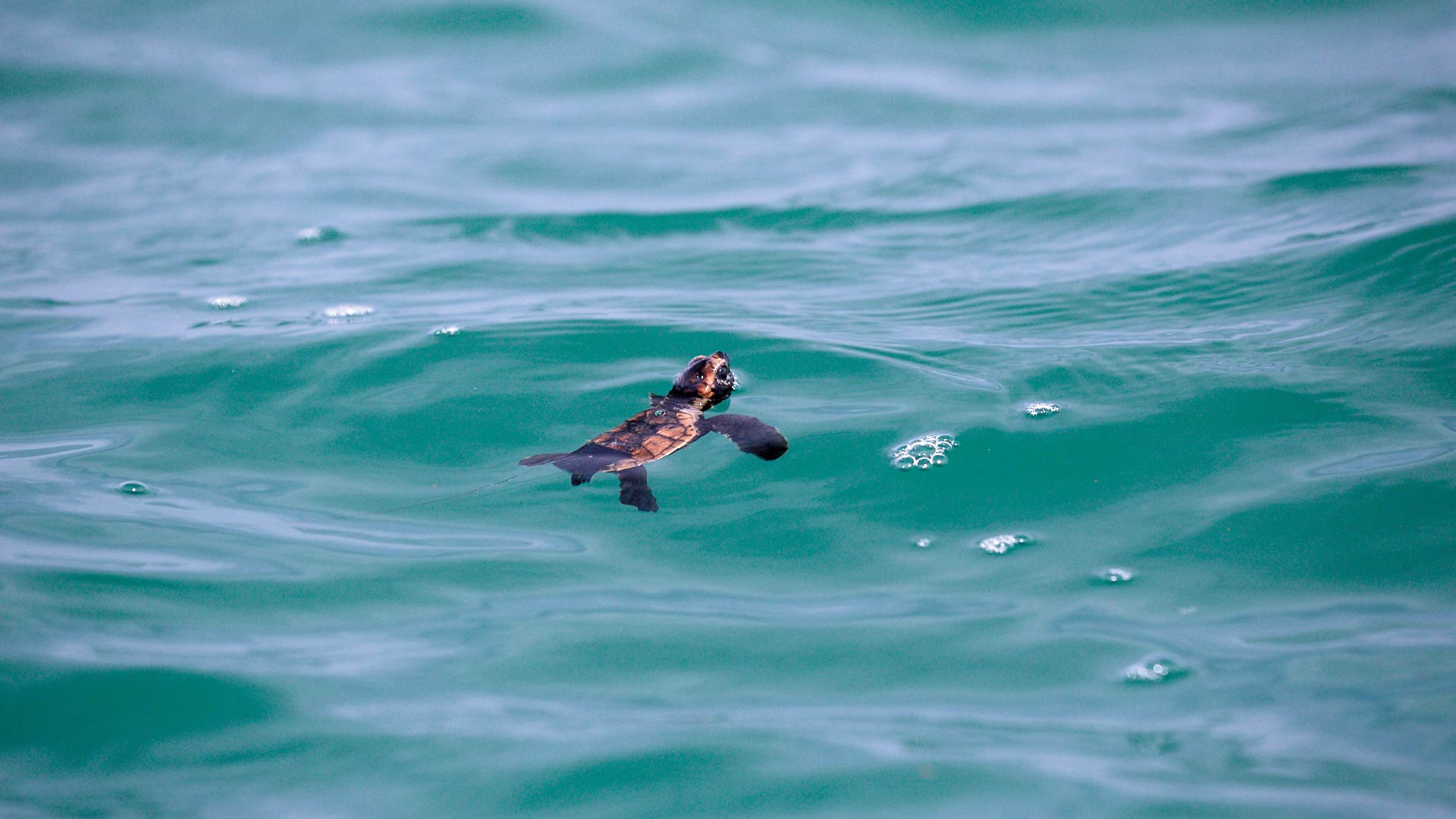 The irony is that the locals can’t just stop going out to sea. It’s their daily bread. It’s how they procure food for themselves and their loved ones. This makes the situation all the more difficult for both the wildlife and the human populations of the Ecuadorian coast.

The scarcity of marine life near the coasts is terrible news. Equilibrio Azul has probably been the most direct witness of this reality.

“It’s quite a problem, because the artisanal fishing fleet in our country is huge. You can’t control it. And though industrial fishery also presents a negative impact on marine environments, we can somehow regulate it. When it comes to artisanal fishermen going out to sea whenever they want, catching whatever they want, however they want, we have no recourse. And we can’t really demonize their actions. They’re getting their food, with their meager means; it’s their right.”

Lessons from the sea

Equilibrio Azul began operation in 2004, though the true story begins before that, when cofounders Felipe and Andrés Vallejo would take SCUBA diving groups out to Isla de la Plata, part of the Machalilla National Park. Felipe explains that back in those days he had already noticed problems within the park’s operation. “The tourism yachts, for example, they were anchoring right around the coral reefs: they were supposed to be watching out for the island’s environment. That led us to question what was going on. Did the park authorities even know how to protect marine wildlife? Could we learn something from the reefs in order to protect them?

Equilibrio Azul was born out of that curiosity. Nobody was studying marine life in Ecuador at the time, and we thought ‘it is virtually impossible to protect something you know nothing about.” 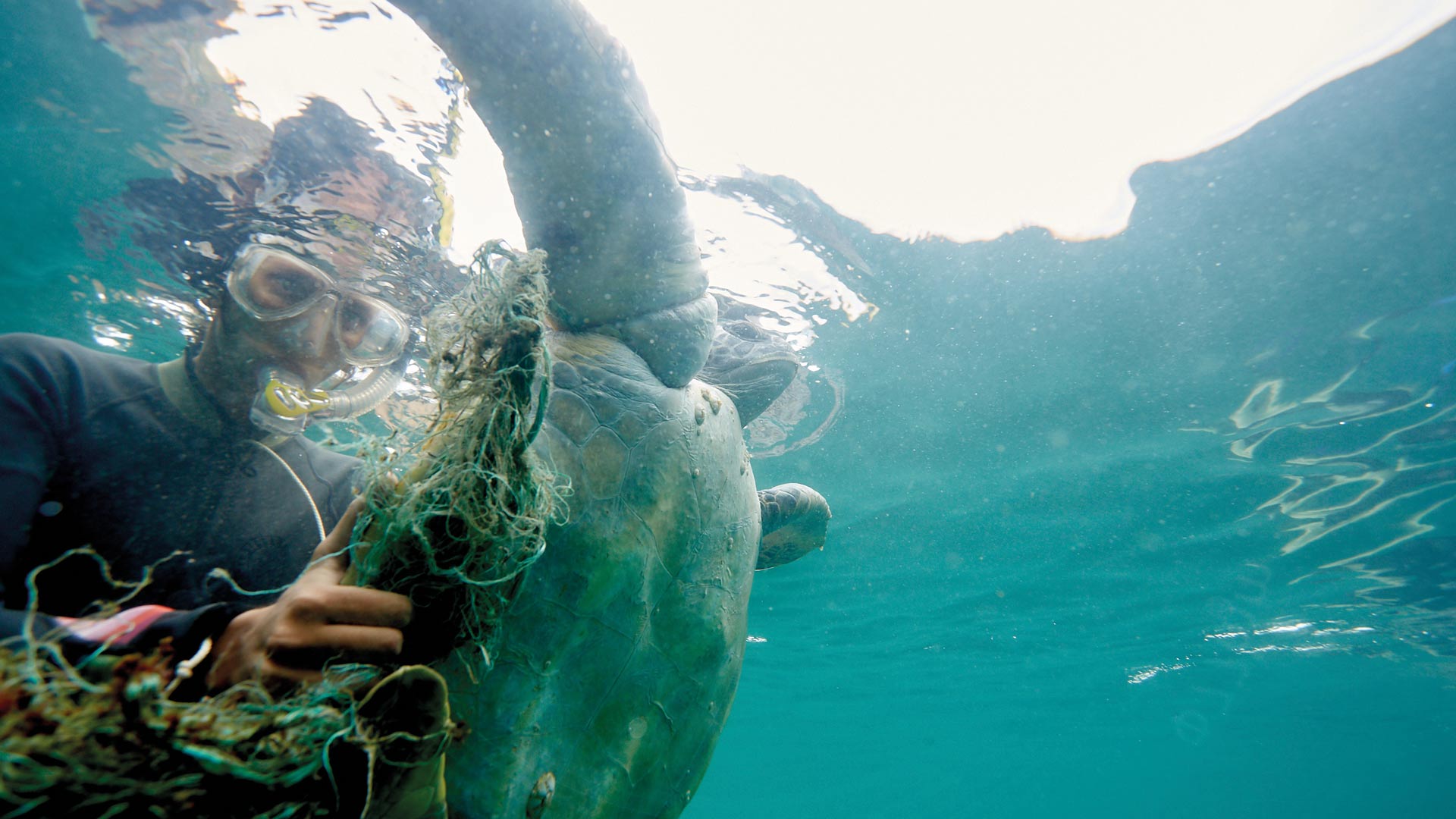 Funds raised during a film festival on marine biology gave the project its initial boost. Equilibrio Azul soon came up with an innovative solution to protect the coral reefs, with buoys to which the yachts could tie themselves without impacting the seabed. Soon, the foundation became a full-fledged scientific research venture. It was the first time in Ecuadorian history that manta rays, for example, had been studied outside of the Galapagos Islands.

Over the years, Equilibrio Azul has built a crucial scientific archive on a variety of species and coastal habitats: from sharks, whales, birds and fish to tropical humid and deciduous forests, and mangroves… But its perhaps the sea turtle which has had the greatest impact on the organization.

“We basically discovered a species that was believed to be extinct in our waters: the Hawksbill Turtle,” explains María Cristina: “We found nests and traced the species’ movements, studied the few individuals we were able to record, got to know its habits, its life cycle. The Hawksbill became a flagship of sorts.”

Nobody knew anything about the hawksbill’s Ecuadorian population Equilibrio Azul had discovered. The foundation was able to learn about key aspects of its biology and ecology. Our Hawksbill actually behaves very differently than the Caribbean Hawksbill. It utilizes different ecosystems, such as mangroves. “The information we were able to record for each individual was, in itself, quite difficult to obtain, and is therefore very valuable.” 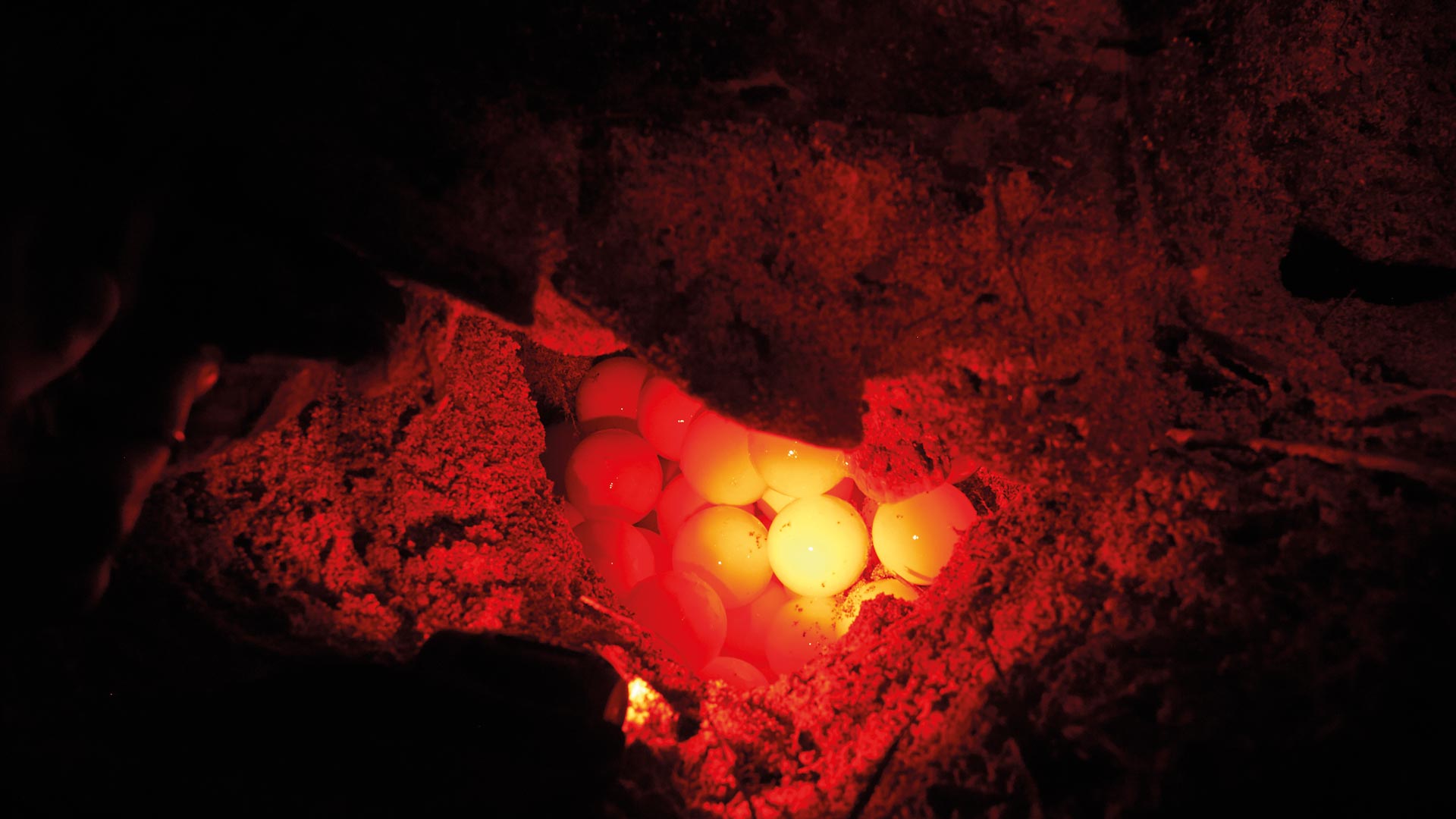 Equilibrio Azul was founded as a scientific research endeavor, the objective being to get to know Ecuador’s seas as best as possible: how species migrate, how they interact, their genetics, their state of local and global vulnerability. The team soon realized, however, that to really achieve true conservation and mitigate the serious problems present throughout the Ecuadorian coast, it had to go further: work with the communities, unite with authorities to rethink policy-making, and focus efforts on raising awareness among local fishermen…

Today, many fishermen have joined Equilibrio Azul, both directly and indirectly. Some, in fact, are no longer fishermen and dedicate themselves to tourism in their spare time. They connect with their communities to explain how fishing activities pressure the wildlife, especially when it comes to bycatch. And the foundation has witnessed hopeful results. 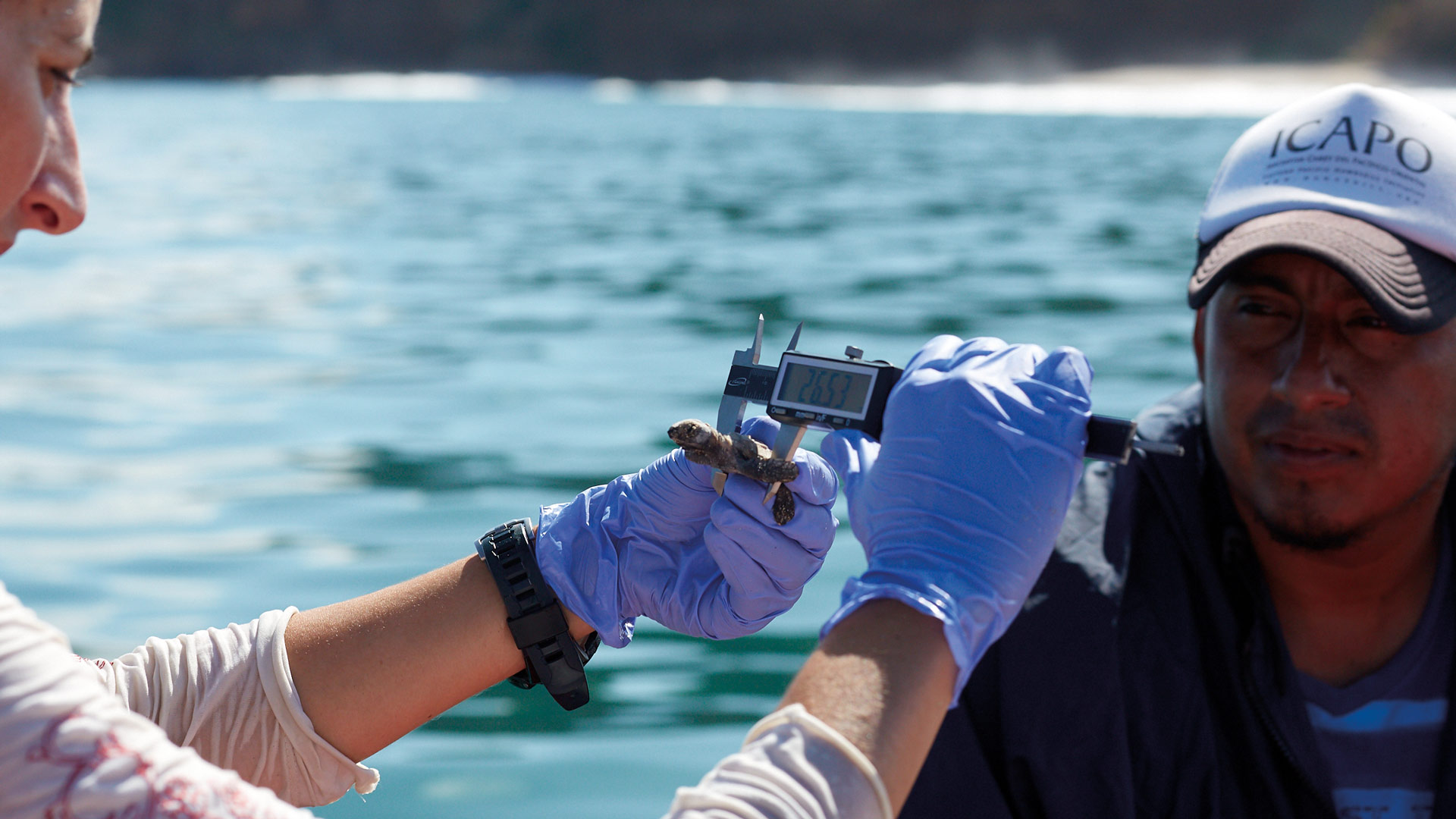 “Now, when turtles are caught in nets, they are not killed immediately as was the custom in the past. The fisherman now remove this unintended catch alive, carefully removing any fishing hooks that might have pierced the turtle’s body, for example, trying to inflict as little harm as possible to the animal,” explains María Cristina. In a saturated artisanal industry like fishing, these actions are important victories. But this is not enough.

“Improving the situation of marine ecosystems in Ecuador undoubtedly goes far beyond Equilibrio Azul. As an entity, we can share all the information we have collected, explain the status of each species, of the forests, the mangroves, the coral reefs; we can offer data on the impact human activities have as a whole… but so many things have to change.

Fishermen must learn not only about species conservation, but simple matters such as family economics… things as simple as how to manage their income conscientiously and keep reserves for when times get tough; because that’s when the most damage is done.

“Many people act irresponsibly, even when it pertains to their own personal wellbeing,” says María Cristina. “This takes us back to our original axiom: if the sea always gives and fishermen always take with no sustainable strategy, the result will inevitably be that of a sea with less and less to give.”

Equilibrio Azul is aware of its important role; that of supporting authorities in this ongoing environmental struggle. Apart from providing scientific information that no one else possesses, the foundation is present within these coastal communities year round, witnessing the plight of both wildlife and the local fishermen. 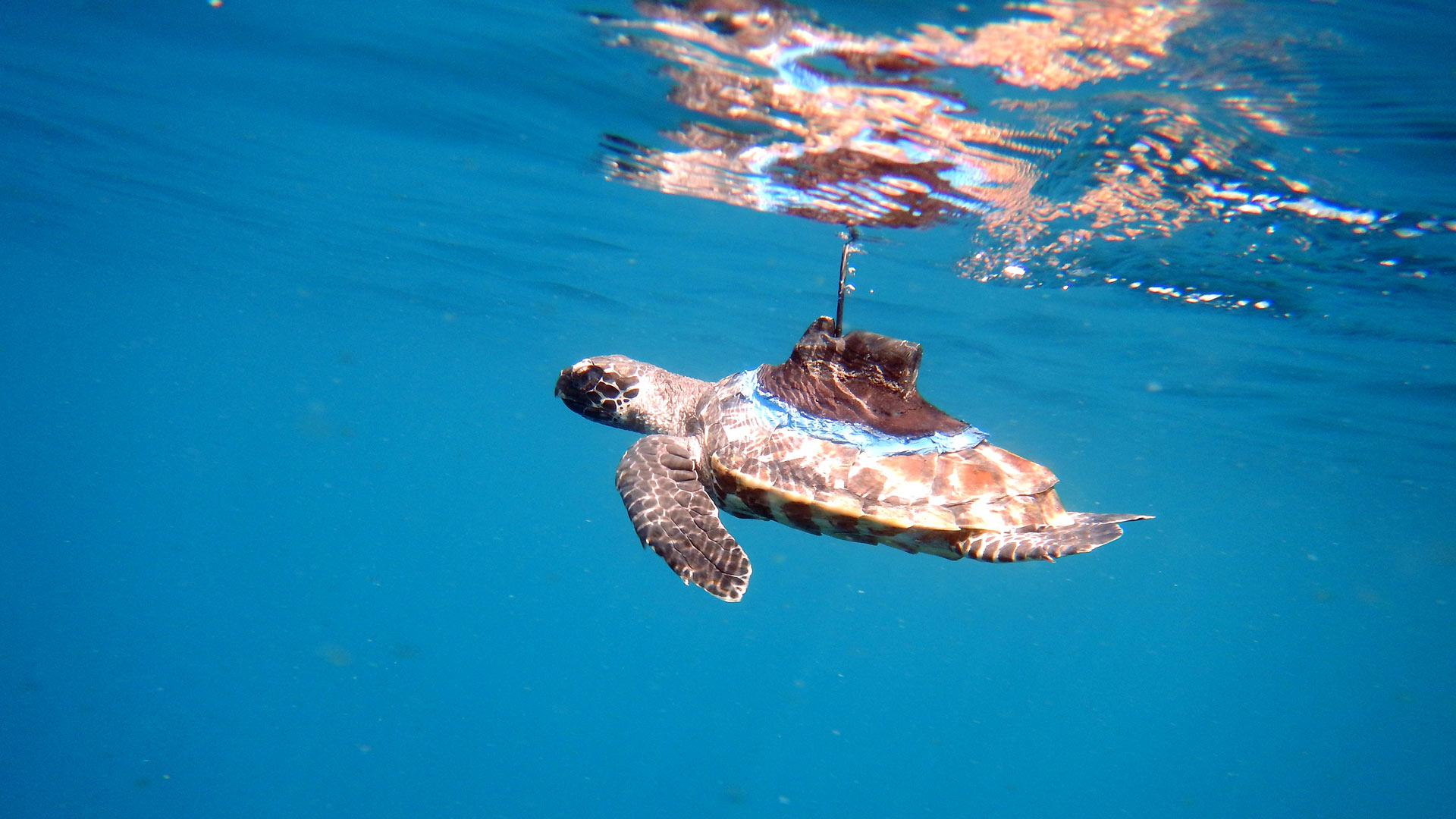 This has led Equilibrio Azul to participate in community and local government meetings, where the foundation is able to share valuable data from its more than twelve years of monitoring the coastal fauna and flora and, above all, the country’s marine world (where so few serious studies have been carried out).

Being present in decision-making processes is crucial. Authorities need the science to consider sustainable and conscientious solutions that benefit both the ecosystem and the local society. There’s much work to be done, but the foundation knows that that is what ‘balance’ truly entails.