Contact us directly and get the printed Ñan magazine n°18 issue (Floreana World) and all of our iconic issues delivered to your house!

After Valdizan’s cruel assassination by his workers and a brief attempt to convince a group of Norwegians that life in the Galapagos was a palm-tree paradise — they left as quickly as they arrived – Floreana returned to its natural silence, before the flags, the orchilla exporters, the pirate slaves.

We do not know if Dr. Friedrich Ritter was informed of the terrible stories that haunted the island since its human history began. Had Ritter interviewed Captain Thomas Levick during his brief layover in San Crist6bal, Ritter might have heard about José Valdizan’s horrible death from the man who allegedly took it upon himself to hunt down the insurgents with the twelve bullets in his rifle. The island certainly had an ill reputation. Ritter, in any case, wasn’t the type to spook easily. A stubborn and rigorous man, he was determined to undertake the pains required to accomplish his Nietzschean dream of leaving the modern world behind. He left his wife in Ger- many and traveled with his lover, Dore Strauch, with whom he intended to recreate the story of Adam and Eve in Eden: that is, at least, how gossip columns of the time spun it. Inspired by books such as Galapagos: World’s End by William Beebe, describing the marvelous reality of the islands, the German couple arrived in a completely empty Floreana and settled on the remains of a previous settlement, nicknaming it FRIDO (for Friedrich and Dore). He became a vegetarian before leaving Germany and had all his teeth removed to avoid infections on the island. Legend had it Dore’s teeth were also pulled out by Ritter, but it turned out that her teeth were not in great state, hence Ritter de- signed dentures for both of them: Ritter’s were famously made out of steel! Between tending to their vegetable garden and inventing devices such as a sugar cane grinder, he wrote essays that mixed philosophy and adventure and sent them to readers in Europe, eager to discover magical, remote worlds — at least in Germany, Ritter had his followers. It certainly sounds contradictory that he’d want to maintain a link with the civilized world through these writings. lronically, they ended up spoiling his party in Eden, sooner rather than later.

The Wittmer’s — Margaret, Heinz and Heinz’s son Harry — reached Floreana in August, 1932, when the doctor and Dore were beginning their third year of life on the island. Margaret always maintained that she hadn’t wanted to intrude on the couple’s search for harmony with nature, nor did she cross the world in the name of philosophy, but claims she and Heinz wanted to find Harry a good place to live, as back in Germany his disabilities, including partial blindness, would have led to life in an institution and separation from the family. Margret recounts in her book, Floreana, that Heinz had been a well- off assistant to the mayor of Cologne, the respected Dr. Konrad Adenhauer, and one day, without letting any of his colleges know, he took vacations, sold his flat and left everything to go and live in the Galapagos Islands.

As soon as they were established in the old pirates’ caves, not far from the water spring, where they began to build their new life, a third and especially peculiar party appeared: the Baroness Eloise Wagner von Bousquet, accompanied by two mysterious German-speaking men — the well-appointed Robert Phillipson and a lankier Rudolph Lorenz, whom everybody supposed were her lovers — and an Ecuadorian who had supposedly “been offered” to her by an authority in Isabela Island. In a short time, the baroness revealed an explosive nature and became more dubious as the weeks went by. Her past was marred with contradiction. She was either a wanted fugitive in Paris, or a dancer in Constantinople; a divorcee, or widow, of a French millionaire, although she also stated he was an officer of the armed forces. She told someone else she was the daughter of an important authority in Austria while also mentioning her childhood in Iraq and Syria. She soon proclaimed herself empress, prohibiting colonizers from Santa Cruz, who visited Floreana regularly to hunt goats, to walk around the island — now the goats, and everything else, belonged to her. She was famous for welcoming foreigners with a rifle on her shoulder, as well as for always carrying a copy of Dorian Grey with her. She had Lorenz, who washed her feet, at her utter disposal, and she would bathe regularly in the island’s only water spring, even during the 1934 drought when there was but a single bucket of water for all the inhabitants of the island. Her aim was to construct a luxury hotel, the “Paradiso,” while imitating Ritter in his practice of publishing what life was like on the island in Europe. Her distorted stories were chock-full of absurd adventures in which Ritter, for example, was a mad dentist who became the leader of a violent, rebellious group. The baroness had to defeat and capture him to become empress of the island.

Needless to say, there was little chemistry between the three groups, and the story could only end in tragedy. The dynamics between the baroness, Lorenz and Phillipson worsened, as well as the relationship between Dore and Ritter, who had supposedly contemplated replacing her with his previous wife in order to fulfill the Utopian project.

The events that took place March, 27th, 1934, have become worthy of many novels, documentaries and articles ever since. This was the last time anyone ever saw the baroness and Robert Phillipson, who had announced their intentions of leaving Galapagos for Tahiti. They mysteriously disappeared without leaving any trace, leaving behind all their belongings at Paradiso, including her beloved talisman, Dorian Grey. Rudolph Lorenz became the main suspect of their highly probable death. Wishing to leave the archipelago as soon as possible, he set sail during rough seas, and ended up mummified with the captain of the ship, a Norwegian known as Nuggerud, with whom he was attempting to reach the continent. But that wasn’t the end of the tragedy for Floreana’s inhabitants. The now-infamous Dr. Ritter, the vegetarian, disrupted his diet with rotten meat and died as well. Mortified, Dore left the island.

The Wittmers stood strong during the droughts, the talk of utopia, the insanity of the baroness and her lovers, the disappearances, the deaths, the scandals, and ended up with an island, all to themselves. 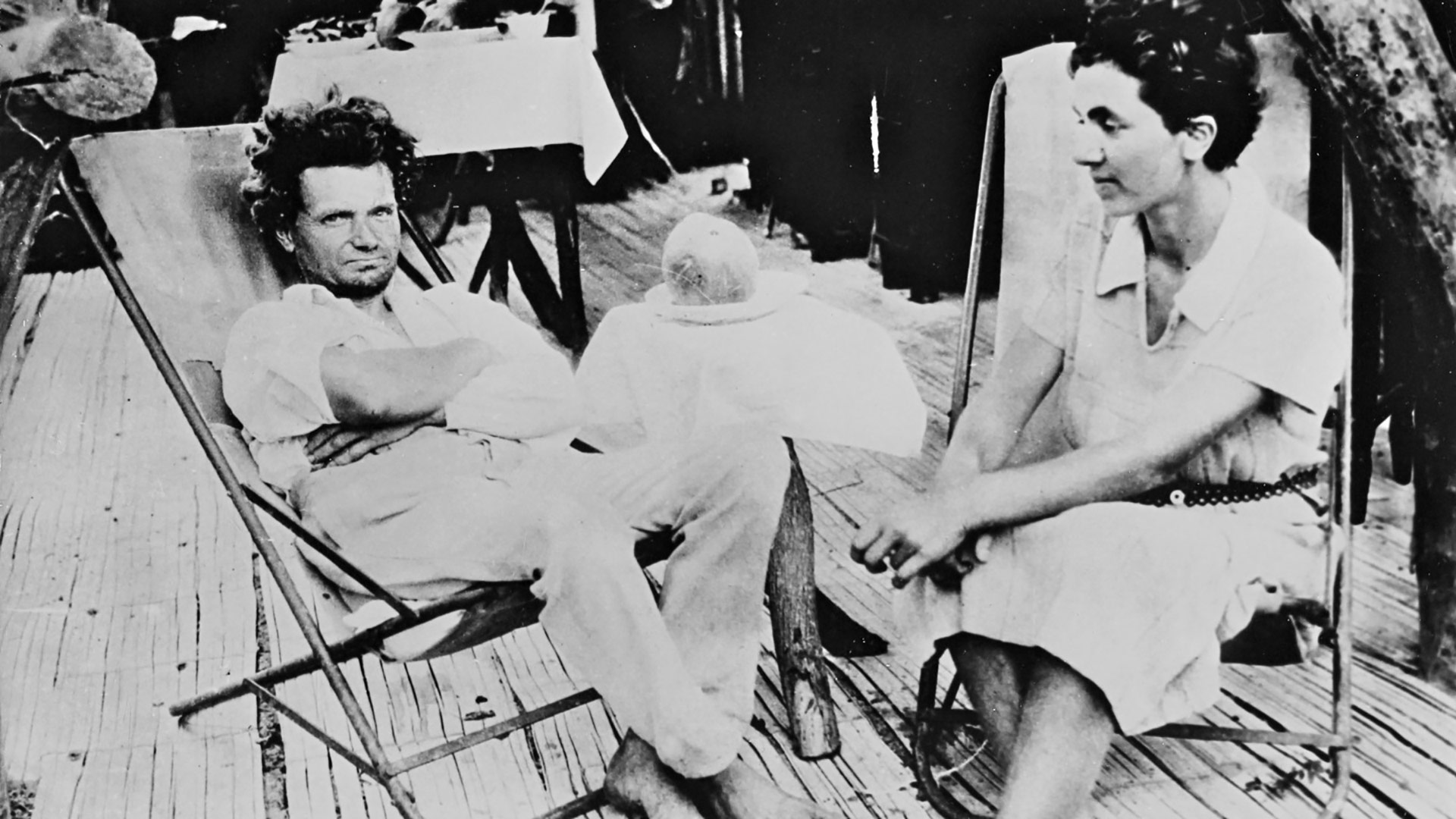