Baron Alexander von Humboldt was about eighty years old when he’d take walks around the royal palace at Potsdam’s surrounding neighborhoods, in what was not yet Germany, but Prussia.

He’d climb a nearby low hill to enjoy the view from what he affectionately called his “Potsdam Chimborazo”. No matter how faded his memory of this Ecuadorian mountain became, it never left him… 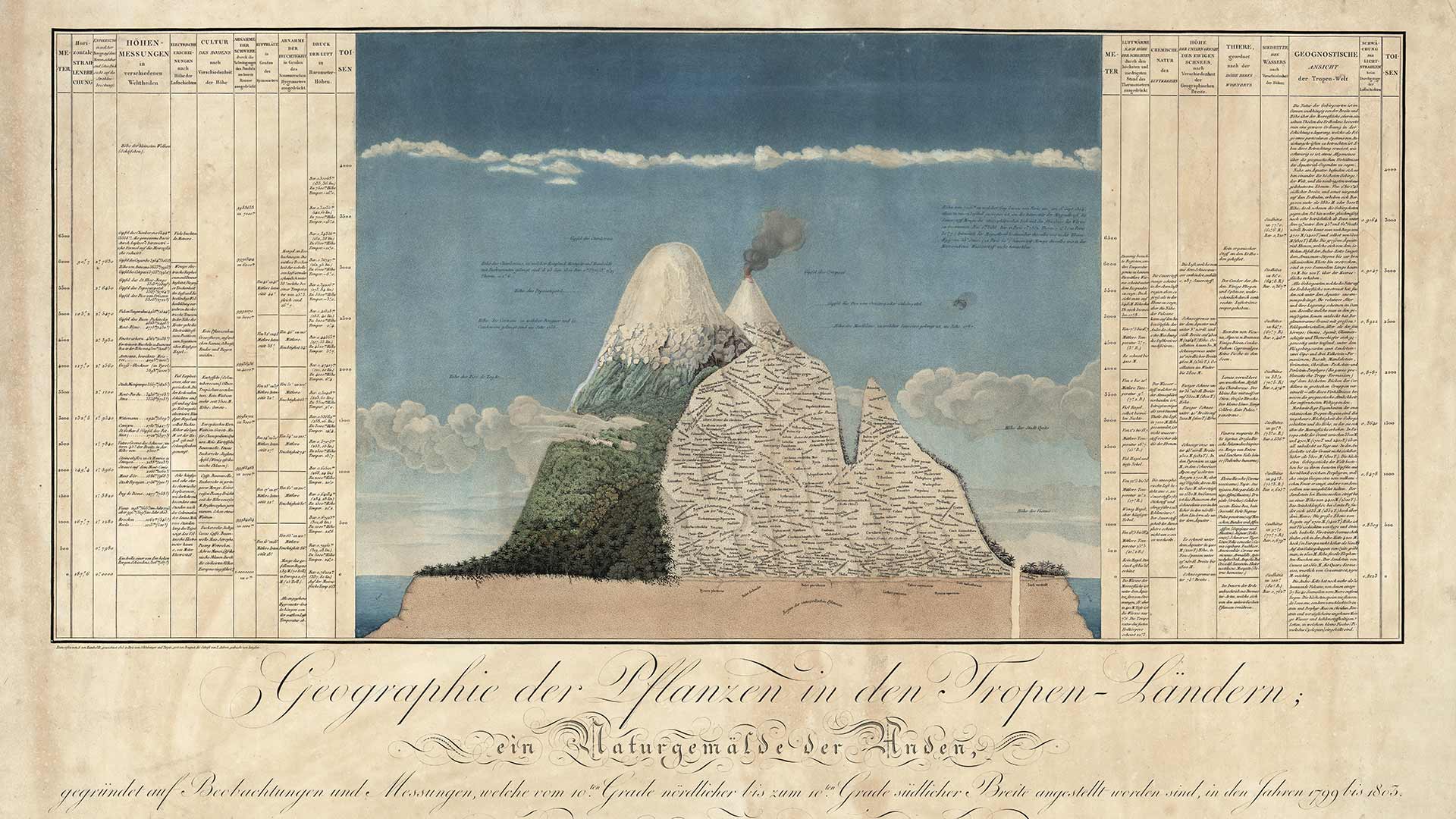 The Chimborazo that Humboldt brought back from his equatorial adventures as his most prized intellectual possession would soon go from a dream-come-true to only a dream: a place that lay somewhere in his remote, early thirties… by the time he woke up again, back home in Europe, it would remain a place only in his memory and imagination.

“To the 33-year-old Humboldt, the far-away lands he visited for just a few months were pure magic. They could create, over mere kilometers, the most intense heat at sea level and the most intense cold at the summit of a volcano”.

Humboldt never relived the transformative experience of the tropical world again — although he yearned for little else. His expedition to “Cundinamarca and Quito” (today’s Venezuela, Colombia and Ecuador) became the inspiration for over thirty volumes of unbridled prose, books that, although they sucked up all his fortune, captivated generations of scholars, poets, scientists, politicians and artists.

Perhaps that is why he heated his room with chimneys even in summer, why he owned a parrot that made fun of his servants and why he mixed Spanish and Kichwa words in his lengthy explanations of how the planet functioned as a whole. 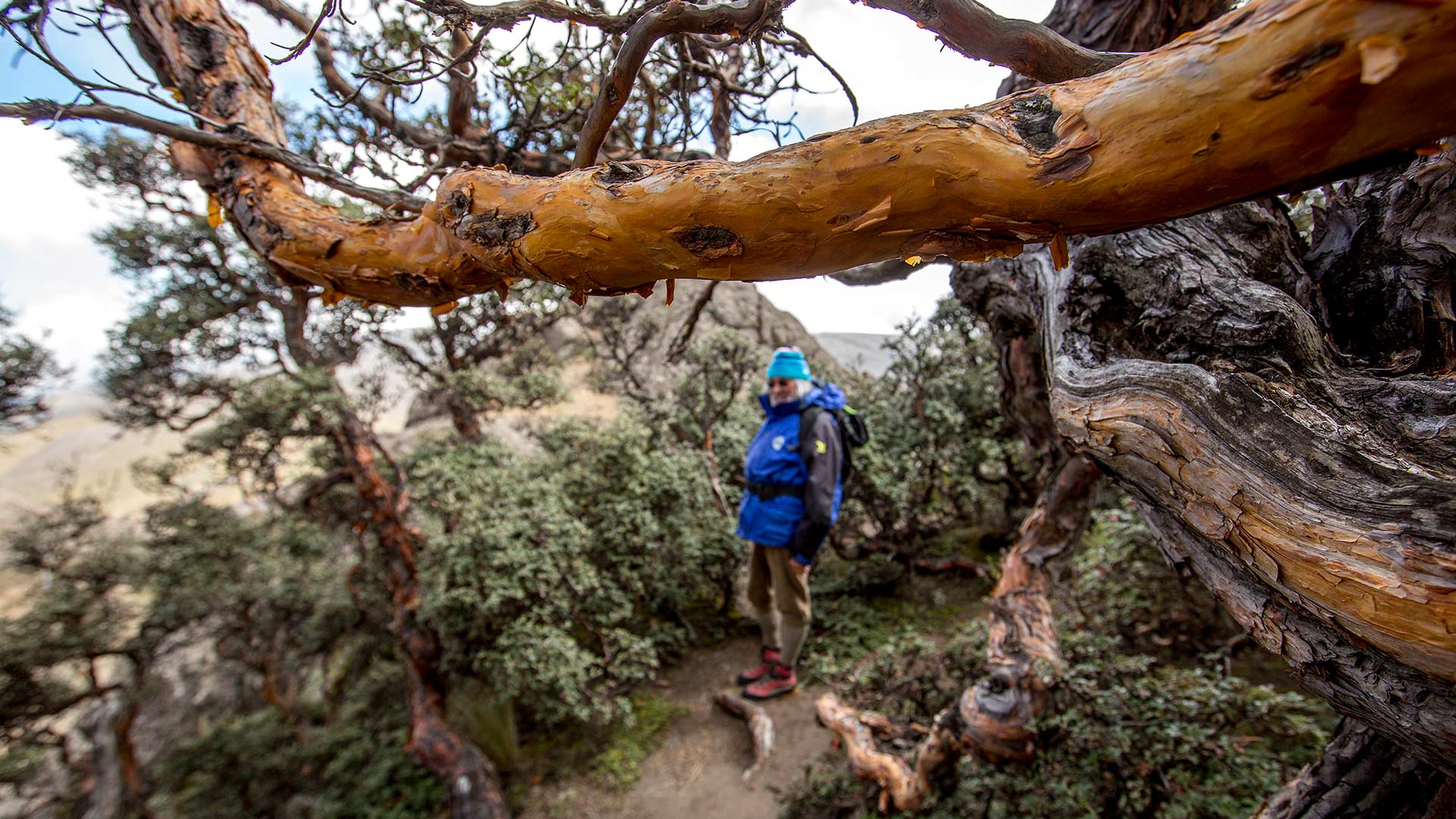 To the 33-year-old Humboldt, the far-away lands he visited for just a few months were pure magic. They could create, over mere kilometers, the most intense heat at sea level and the most intense cold at the summit of a volcano. It was such a prodigal land that it “made” snow even when the equatorial sun’s force was equally relentless year-round.

Its forests and páramos exploded with species… every plant, every insect, every animal worthy of his attention. It was an ideal world for his science, for his art, for his inspiration and awe. In his own words, “this is that place on our planet where nature, in the slightest of perimeters, offers the greatest variety of impressions.”

“His sense of wonder resided not in the great mysteries of the world, but in the possibility of unveiling them and understanding them”.

At some point, he called this journey “a life in wild nature” and within that capsule of life, Quito was one of his most important stops. Apart from the actual experience of climbing the mighty volcanoes, he was absorbed by the species that, with the help of his sharp and wise traveling companion Aimé Bonpland, he was able to identify, each specimen weaving itself into the very fibers of his mind: the bamboo, the chuquiragua plant, the life-saving cinchona from which quinine was extracted; “the sometimes almost animal forms of the orchids”. 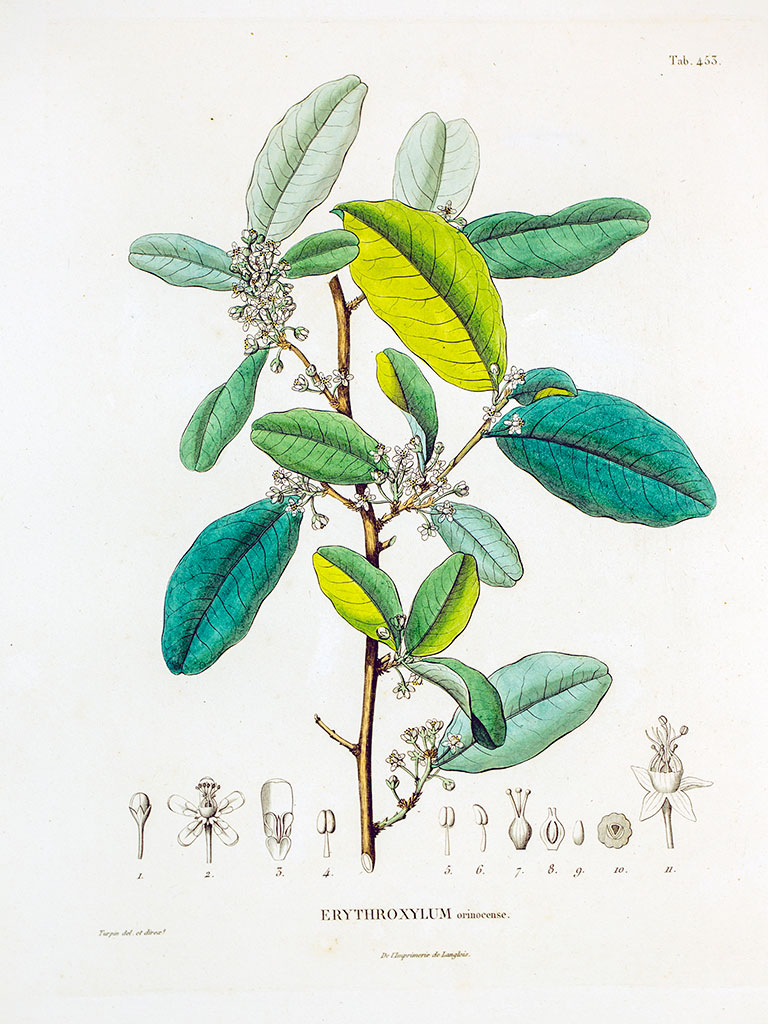 Of the condor, he was willing to deny any misrepresentation uttered by those ignorant of such an amazing creature, so thoroughly had he come to know his “faithful companion of the Andes”.

Of the peculiar cave-dwelling oilbird, he learned how the Indians hunted and extracted oil from its loins, describing the species in its own genus (we still classify this bird like Humboldt did 200 years ago).

He confirmed the Andean Bear’s docile nature, when the rest of the world’s bears had always been ferocious. When speaking of the jaguar, he remarked on its ability to drag cattle through the jungle, forcing monkeys to live in the tops of trees for months out of fear of ever coming face to face with the feline.

These were not just simple scientific categorizations… They were stories for every discovery. Like the title of his book, Pictures of Nature, they were vignettes he experienced with moths, beetles, butterflies, fish, eels, florescent creatures in the middle of the ocean…

“We remember Humboldt today for his wisdom, insights and exploits. Yet within him, it was our world that mattered, the memory of our wild”.

It was here, in Ecuador, where he saw pre-Columbian ruins for the first time, ancient rafts made by coastal Indians and dangling rope bridges that could “resist up to 25 years over torrential rivers.” 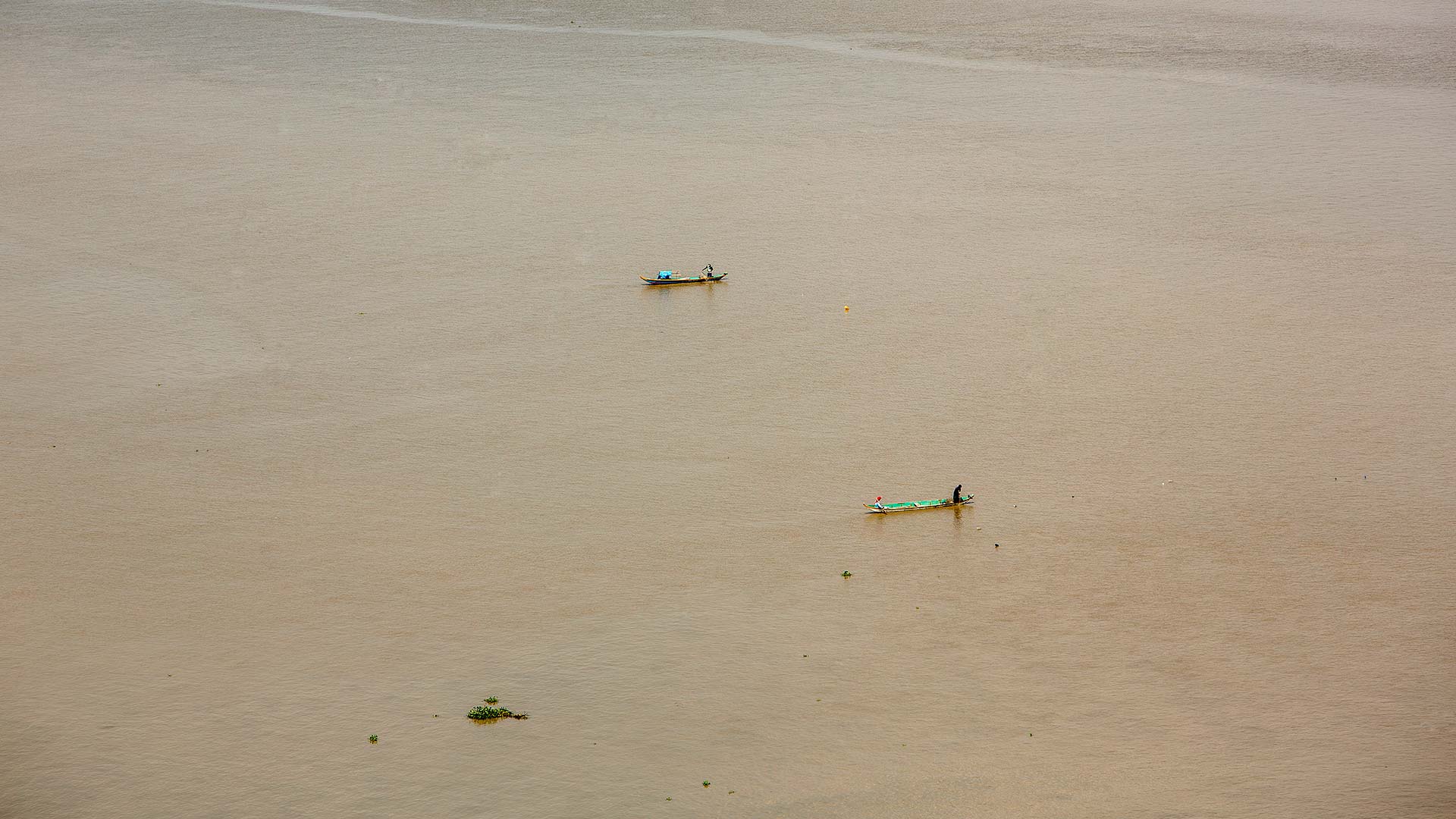 His interest in the native people’s economy, society, culture and their relationship with the environment, their legends relating to mountains, their thoughts on earthquakes, animals, uses for medicinal plants, their way of being and customs, these were all a reflection of a grander view of nature only he possessed… His eyes were never closed. His sense of wonder resided not in the great mysteries of the world, but in the possibility of unveiling them and understanding them.

But perhaps more important than anyone stood Aimé Bonpland, his right-hand man, an unpublished witness of this world tour that marked Humboldt’s life, who secretly strengthened his views of the world and encouraged his curiosity at every turn, from Tenerife to Venezuela, from the Orinoco River to Colonial Cartagena, from the high Andes of Quito to the port of Callao in Peru, passing through Loja and returning to Guayaquil, continuing to Mexico, Cuba, and the young United States… 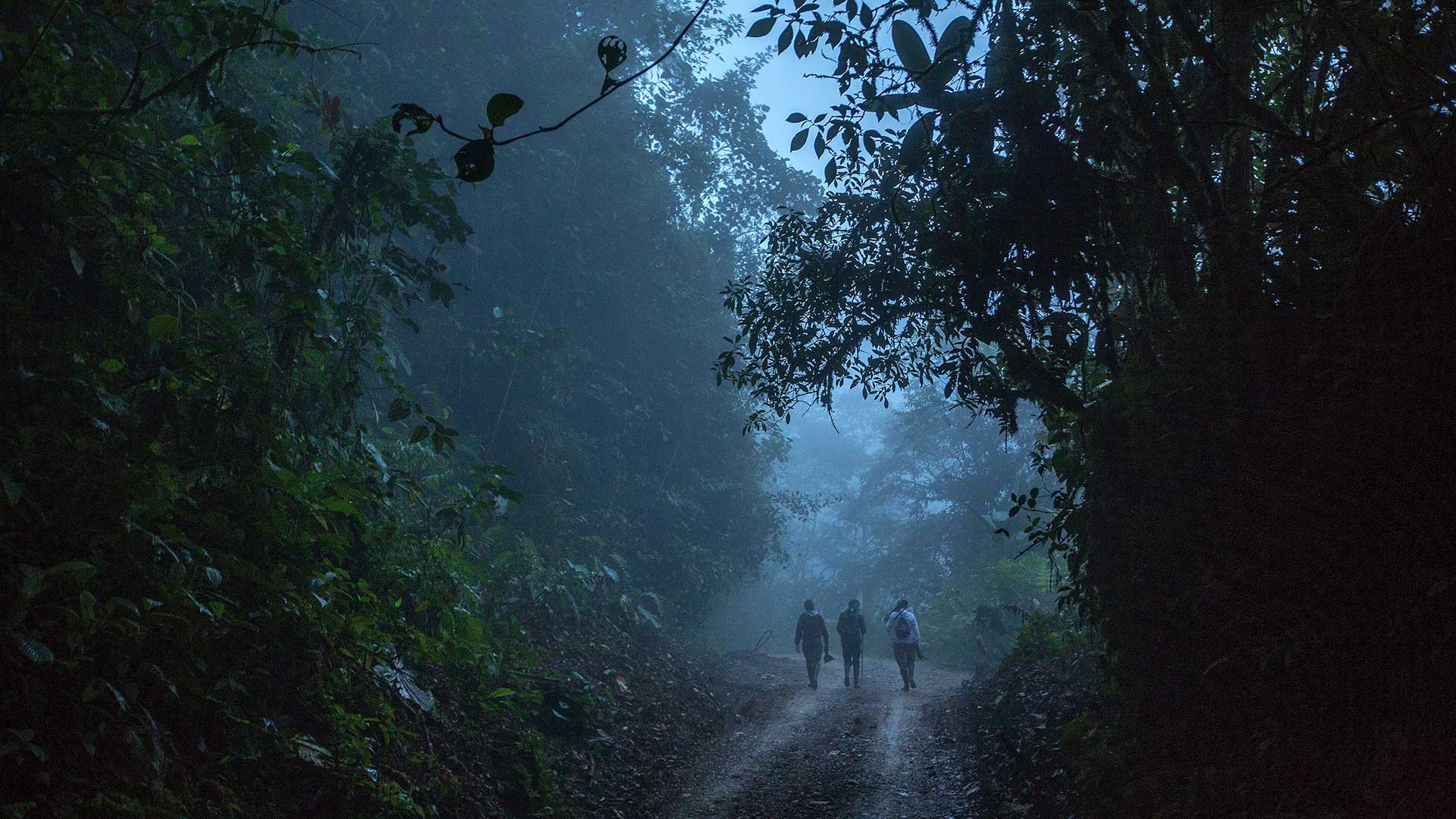 The journey with Bonpland opened the world up to Humboldt, a world he had longed to discover since his earliest childhood — to “conquer the world with my mind” as he put it to the King of Prussia at the age of five. His later worldwide fame couldn’t assuage the deep feeling of nostalgia that remained in his soul.

Our Andes, our jungles, our peoples, our customs, our ironic reality of being “sound sleepers amid smoking volcanoes and happy people amidst sad music” never left him. We remember Humboldt today for his wisdom, insights and exploits. Yet within him, it was our world that mattered, the memory of our wild, free and overwhelming nature that inspired him still as he gazed from his “Potsdam Chimborazo”.