The adrenaline starts running through one’s veins weeks before the adventure under the sea is about to begin. Getting the heavy – and uncomfortable – gear ready, and the mere thought of what is to come, gets one’s heart pumping. Despite having done it hundreds of times before, in countless underwater settings, the feeling of entering the unknown in a place like Galápagos, trespassing the blue barrier that keeps the mystery of a protected marine reserve, presses on our chest and calls us with anticipation.

Little is known of the wonders that lie beneath the sea. From that little knowledge, the spectacle and diversity of Galápagos’ ocean life and its unique topography is something that should be on the list of every diver. Galápagos is ideal for diving among rocks and submerged volcanic formations that drop thousands of meters into the sea, where huge schools of hammerhead sharks mingle amongst countless other creatures – a fusion of species from the southern cooler waters and the northern warmer ones. Some are small like garden eels and others large like the sea turtle, dolphins, orcas, and the world’s largest fish, the enigmatic whale shark. In the Galápagos, no matter where you are, your BCD, you know the site is going to prove spectacular. 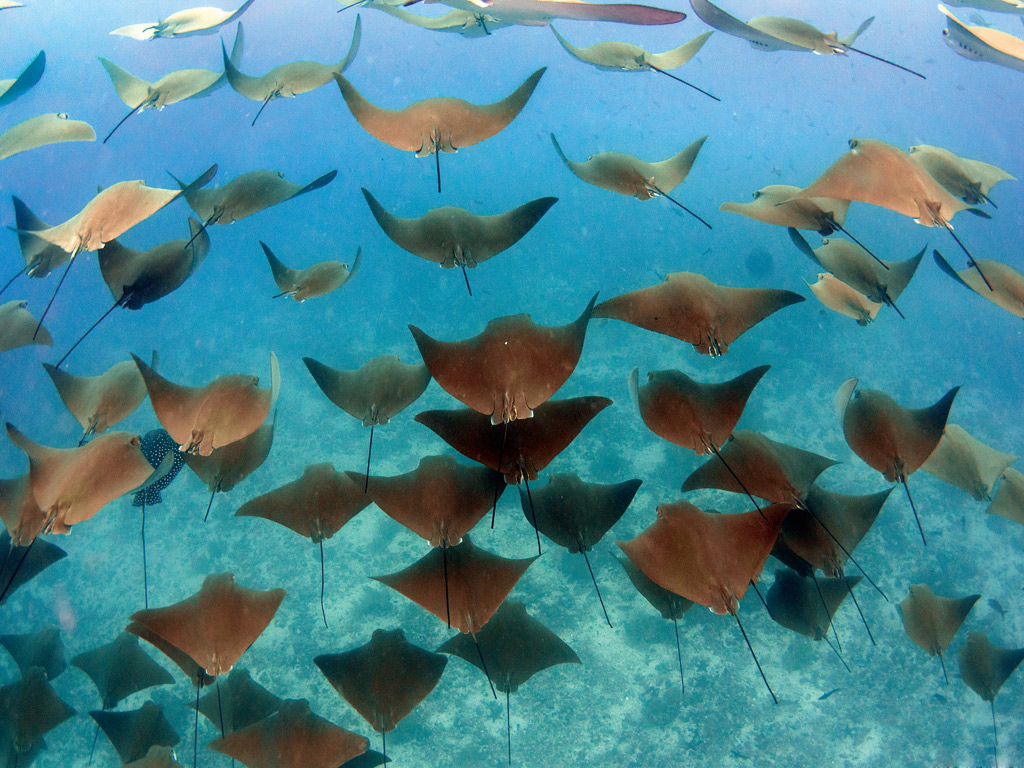 But the place most aim to see ‘it all’ is “north”: the two small islands along the archipelago’s northwestern edge, Darwin’s Arch, and a few hours sailing from there, Wolf Island.

Many currents converge in the Galápagos Islands; some coming from the depths, bringing with them an upsurge of marine life; and others coming from the opposite direction; one arriving from the south along the ocean’s surface, and another from the east. This is the feature that makes the islands so appealing to so many species, and it is also the reason why divers love these islands so. It also explains why advanced certification and a minimum number of previous dives are required to dive in the Galápagos, especially if one wishes to visit sites like Darwin and Wolf.

The Galápagos boasts over sixty dive sites, most reachable only after sailing several hours (and up to a day and a night) on specialized cruises (as is the case with sites in Isabela, along the Bolivar Channel, Fernandina, Darwin and Wolf); but there are also sites accessible from the main port towns, where you can enjoy a day trip of diving through local operators. 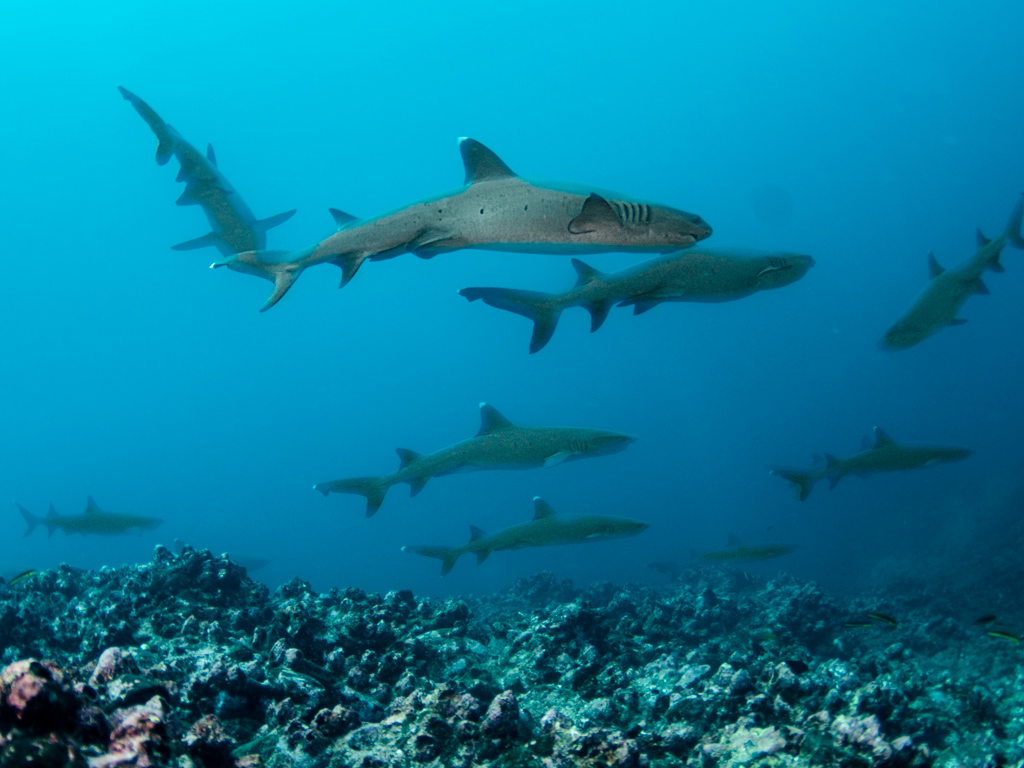 Diving our oceans is eye opening. Below the cloud-reflecting “l’m of the sea, there is a beautiful world full of colors and strange animal forms, rare ancient creatures that have adapted to survive in this unique environment. Although this abundance may seem limitless, the sea and its species are igniting. There are few places like Galápagos where so much life and beauty can be found together; most of them have already succumbed to human ambition. Diving in the Galápagos, inside this huge protected Marine Reserve, is therefore inspirational, an example of how wonderful the world is.