Cuenca is about its rivers, its façades, its tiled roofs, and as we’ve elucidated during our travels, about a balanced equilibrium between opposing forces, the new and the old, the modern and the traditional, the conservative and the avant-guarde, and perhaps the most eye-catching of all: the pork and the maize of everyday meals. Pork and maize are the basis of Cuenca’s culinary culture. Wherever and whenever anyone is cooking, these two gastro- nomic staples are on the burner.

The hornado, the city’s central protein dish, which entails 24 hours of marinating an entire beast in a very precise measure of garlic, cumin, onion and the secret ingredient —monosodium glutamate?— will require a cooking time of 6 to 10 hours, depending on the size of the animal. 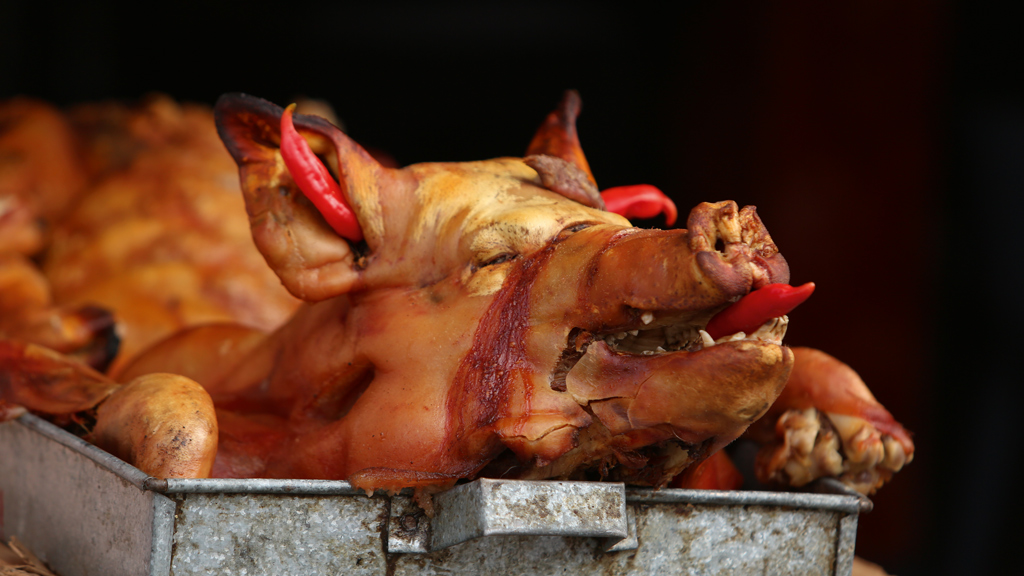 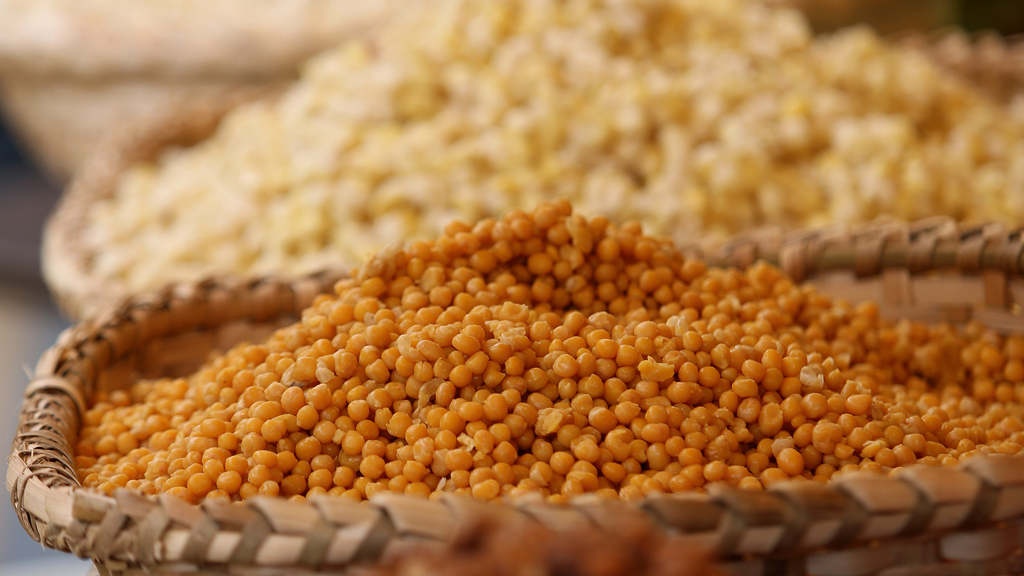 In the past, it included slaughtering the pig with one’s bare hands. But, even avoiding this painstaking fight, it still represents a lot of work for daily large-scale production! The pork rind, cut into rectangles, is called cascarita (be sure to give it a try). Cuencanos actually refer to it as “candy”: golosina.

And then, on the other corner of the plate, lies the subtle essence of the land, represented by maize. Its most popular presentation in Cuenca —by a long shot— is mote, prepared every which way (we’ll give you the low-down on this Cuenca specialty when we revisit, it’s worth getting to know!), but maize appears in everything else as well. In their tiesto tortillas, in their chachis, in their chumales, in their chihuiles, in their palopiche, in their tamales con yema and their tamales colorados, in their sangos(most of these recipes are cooked in pork fat), or just plain and simple: a corn on the cob with cheese.

Treats of the road…

This cold drink from Gualaceo is made of white corn and mixed with fruits like pineapple, chamburo (similar to papaya), and orange and with different aromatic herbs and sugar. It’s usually served accompanied by any traditional cuencano bread.

A popular drink prepared during the festivities of Corpus Christi. It’s made with corn, hominy, naranjilla, babaco,chamburo and spices. Usually served on clay bowls and topped with orange leaves.

Chumales are also known as humitas in other parts of Ecuador, but in Cuenca its corn dough is mixed with salt and sugar, anise and anise-flavored liqueur. This sort of cake is steamed inside corn husks and is the ideal complement to afternoon coffee.

Along Avenida Don Bosco, look out for traditional picanterías where  cuy (guinea pig) and cascaritas are prepared on the sidewalks. The crispy pork skin is called cascaritas and is cooked with a blowtorch and accompanied with hominy, salt and ají (chilli sauce).

Cuenca cuisine is well-known for cooking guinea pig on a rotisserie. This exotic and delicious dish, for many, is often reserved for special occasions as the little rodents don’t come cheap. It is usually served with potatoes, hominy, and salad or avocado. If you try it, watch out for the little bones.