At the turn of the millennium, in 1999, Saint Anne of the Four Rivers of Cuenca was declared a World Heritage Site by UNESCO. If one were to ask for the specific reasons for the declaration, one of the first to come to mind would probably be the city’s overarching talent for preserving architecture, culture, tradi- tions and more, amidst everyday life and modern society.

Even when considering the fact that the city was built largely after Independence from Spain, in the 19th century, the octagonal blueprint established in the 1520s by King Charles V for all Spanish colonial cities –what UNESCO calls “the successful implantation of the principles of Renaissance urban planning”– has not only been respected, it is the pulsing heart of the city’s population, where people push and shove, work, live and spend their free time.

Perhaps one of the most cherished examples of the city’s living heritage, especially for first-time visitors, is the beautiful Flower Market on Mariscal Sucre, between Benigno Malo and Padre Aguirre, to one side of the New Cathedral. You are cordially invited to sit a moment at one of the square’s circular stone benches and start taking in the breadth of ‘heritage’ occurring at the same time and in one place.

We could begin with the cloister and the Cathedral, back to back: two opposing monuments, one simple, white, squat and quiet, inhabited by cloistered Carmelite nuns who disdain shoes and every so often peek out from the balcony overlooking the square; the other, across the street, a “look-at-me” Neo-Gothic giant that can fit 10,000 worshippers within its triple-domed embrace. 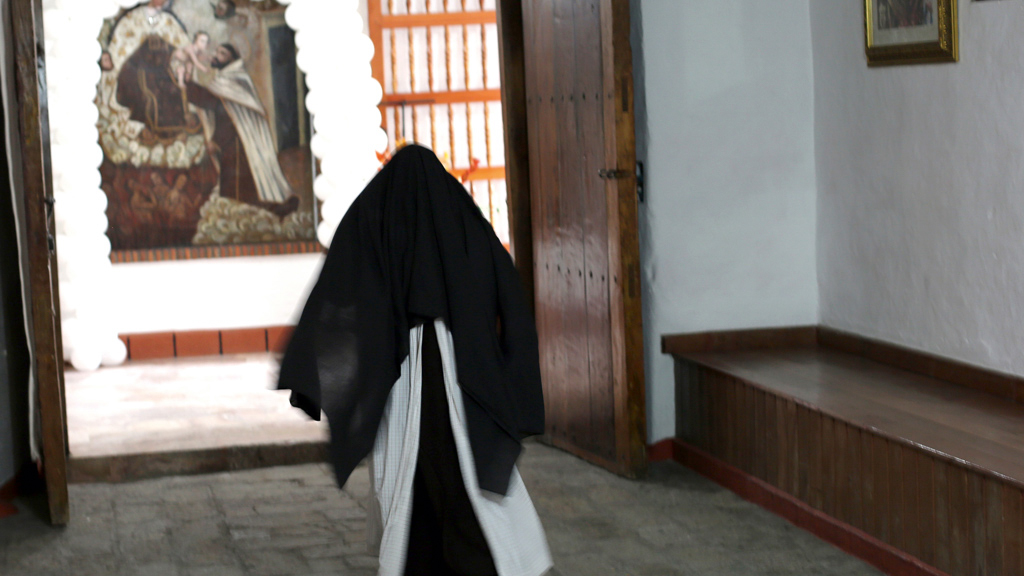 The Carmelite Church itself is one of the very few colonial buildings left standing in Cuenca. It houses numerous examples of anonymous colonial artwork, displaying a fascinating mix of secular and religious imagery. They are some of the few testimonies to the phenomenon of syncretism during the Spanish colony as well as to Baroque architecture in Cuenca. There is probably no other Baroque façade in the city. Notice all the mirrors inside!

On the far left of the façade’s wall, you’ll see a low door, through which people busily pass in and out. Inside, the image of Our Lord of Justice (El Señor de la Justicia), a source of much devotion, is painted on a rock. Passersby walk inside to offer Him a candle, pray or cross themselves before His image, or, further to the left of this installation, purchase different healing, cosmetic or food products from the nuns at the traditional cloistered turnstile.

The Carmelite nuns seldom show their faces. They say that in their hidden realm there is a beautiful colonial courtyard, amazing ceiling designs, vast collections of art, sculptures and handicrafts. They produce an array of special cures only by appointment, but the most popular recipes are sold at a side store along the whitewashed wall. You’ll discover the unique pitimás water, which people, no matter where they are headed to, stop and buy to drink. “Why?” you may ask, and they’ll answer graciously: “to feel good”, “to feel cured”, “to feel blessed”. You can also find tonic wine, multivitamin syrup, thousands of candles. 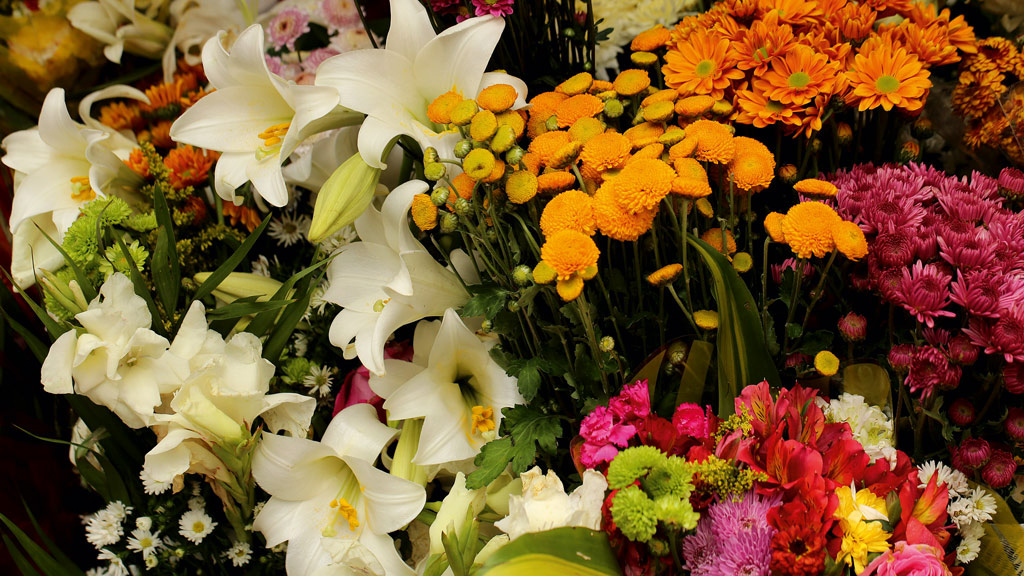 The square itself, so lively in contrast to the candled gloom, a true melting pot, is animated by the Cuenca chola. More than a person, the word evokes all of what traditional, mixed-heritage Cuenca is all about; and more than a word, she embodies the upfront, proud, hard-working and utterly unique character of Cuenca’s women. Cholas have taken over the square. They hawk flower bouquets, which may not be the best souvenir to take home when visiting, but are clearly in demand by Cuencanos keen to enliven their homes.

There may be many architectural, cultural, artistic reasons to have made Cuenca a World Heritage Site. But there is something else, as well, that makes it a city without compare. The uniqueness of the way people speak in Cuenca; the drive to protect customs and livelihoods, and to invent new ways of making the city as state-of-the-art as possible; we could speak of their talented hands, of their generosity, of how they blend traditional values and 21st-century thought. There is just nothing like Cuenca, and only its people could make her what she is. They too are our World Heritage.