The crocodile in or near downtown Guayaquil was common a hundred years ago. Actually, they say it was not uncommon for the city’s burliest men to brawl with the beast on mudflats formed along the banks of River Guayas. Although some may still maraud distant marshes, the crocodile has basically disappeared from public memory. Perhaps today it only survives as a metaphor for the giant river itself, comes to drag its tail along the flanks of the country’s largest city.

The great River Guayas is formed of water that has traversed the entire country; water from glaciers, páramo, subtropics, foothills and coastal plains. Technically, it is born of its two tributaries, the Babahoyo and Daule, adjacent to Cerro Santa Ana. It is the most symbolic river in Ecuador.

It adorns the country’s coat of arms. It gives the city its identity. The ‘Placid Guayas’,​​ pushed and pulled by the tides, sometimes downriver towards the beaches and mangroves of the Pacific Ocean.

Other times upriver towards the Avenida Malecón Simón Bolívar… It is the blood that courses through the veins of Ecuador’s largest port, dominated by the whim of ocean and moon. 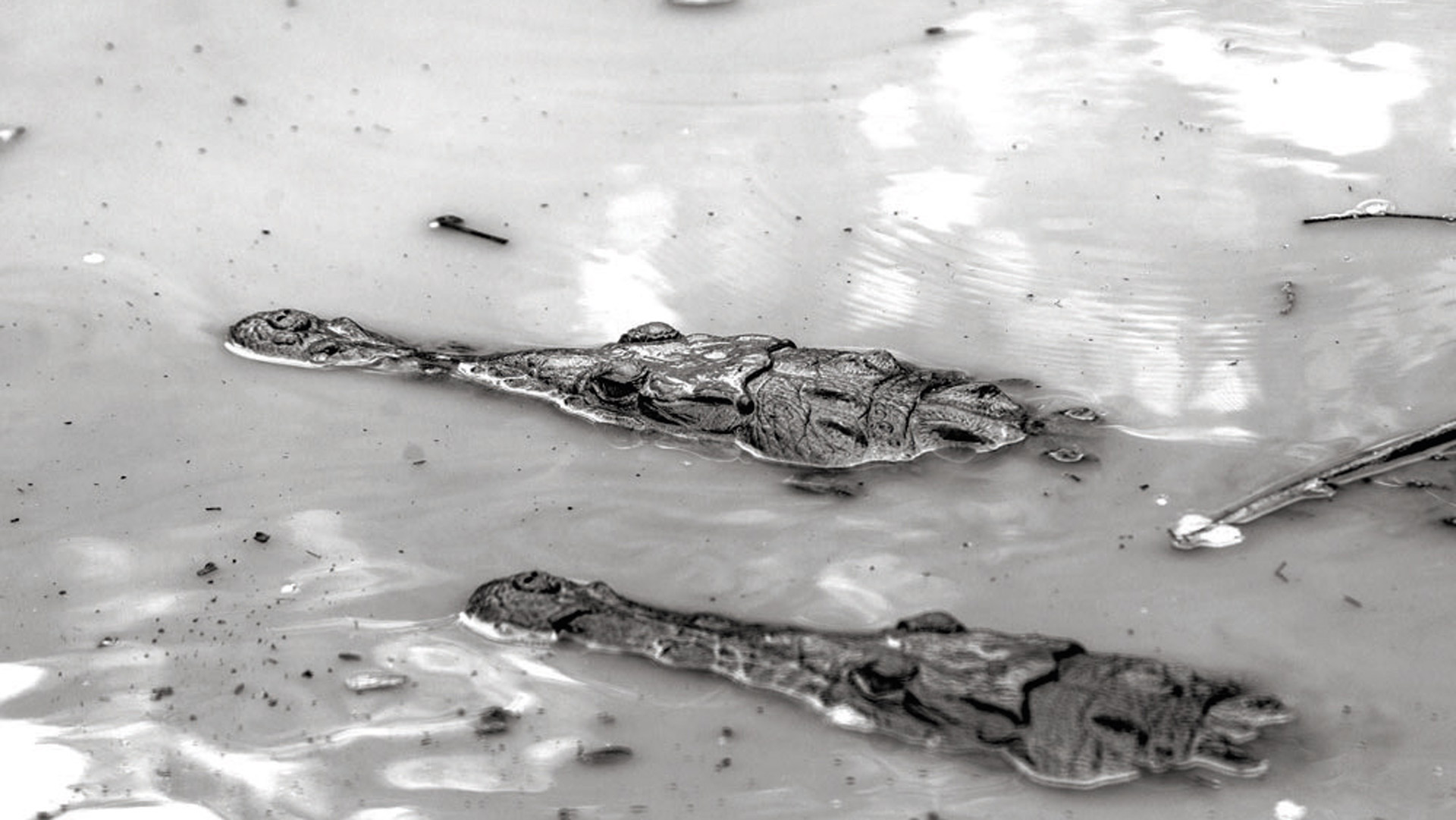 As the river leaves the city, it flows along extensive mangrove forests to reach the village of Posorja and finally meet the sea and the last island of the Gulf: Puná. It is the eastern Pacific Ocean’s greatest watershed, which has, historically, granted both river and marine access for residents and visitors.

People settled on the Guayas’ banks since prehistoric times. The river became a strategic port during the Conquest, an essential shipyard during Colonial times, and a vital stronghold from which to set out and free America from Spanish rule. It was key to the birth of the young Republic, vessels anchored upstream piled high with the riches of the interior, cocoa, plantain, coffee and balsawood.

Somewhat ungratefully, the development boom of the 1960s diverted minds and enterprises away from the river to new road systems. Most insulting of all, the river port of Guayaquil, which had welcomed the entire world to its docks, was transported out of the city​​.

Before 1960, Guayaquil historian Jenny Estrada recalls how “difficult it was to remember how old we were when we learned to love the river.” After 1960, this sense of belonging dissipated, and Guayaquil, gradually, fell prisoner to a deep nostalgia.

The reputation of the fresh, tropical city, which Alejo Carpentier, the renowned French-Cuban writer, came to describe as unique in terms of its greenness – admitting that his beloved Havana lacked “the luxury of vegetation that adorns the banks of the River Guayaquil” – began to wilt, amid the drabness of concrete and asphalt. Thirty years later, pavements lay cracked and unloved, dust blew through the streets…

So when the leafy Malecón 2000 was inaugurated, the whole city descended to the banks of the river, as if the prodigal son had returned after years of estrangement. Since that day, the communing between Guayaquileños and the river continues, as if no-one wanted to let go of the moment; lovers embracing, whispering to each other “I will never, ever let you go again!

And the river returned

Families come out for an evening stroll. Dating couples amble. There is a buzz all along the riverside boardwalk, even late at night. The river’s generous breeze, afterall, provides welcome relief, especially during the hottest, clammiest months of the year. Small fishing boats come and go all day. 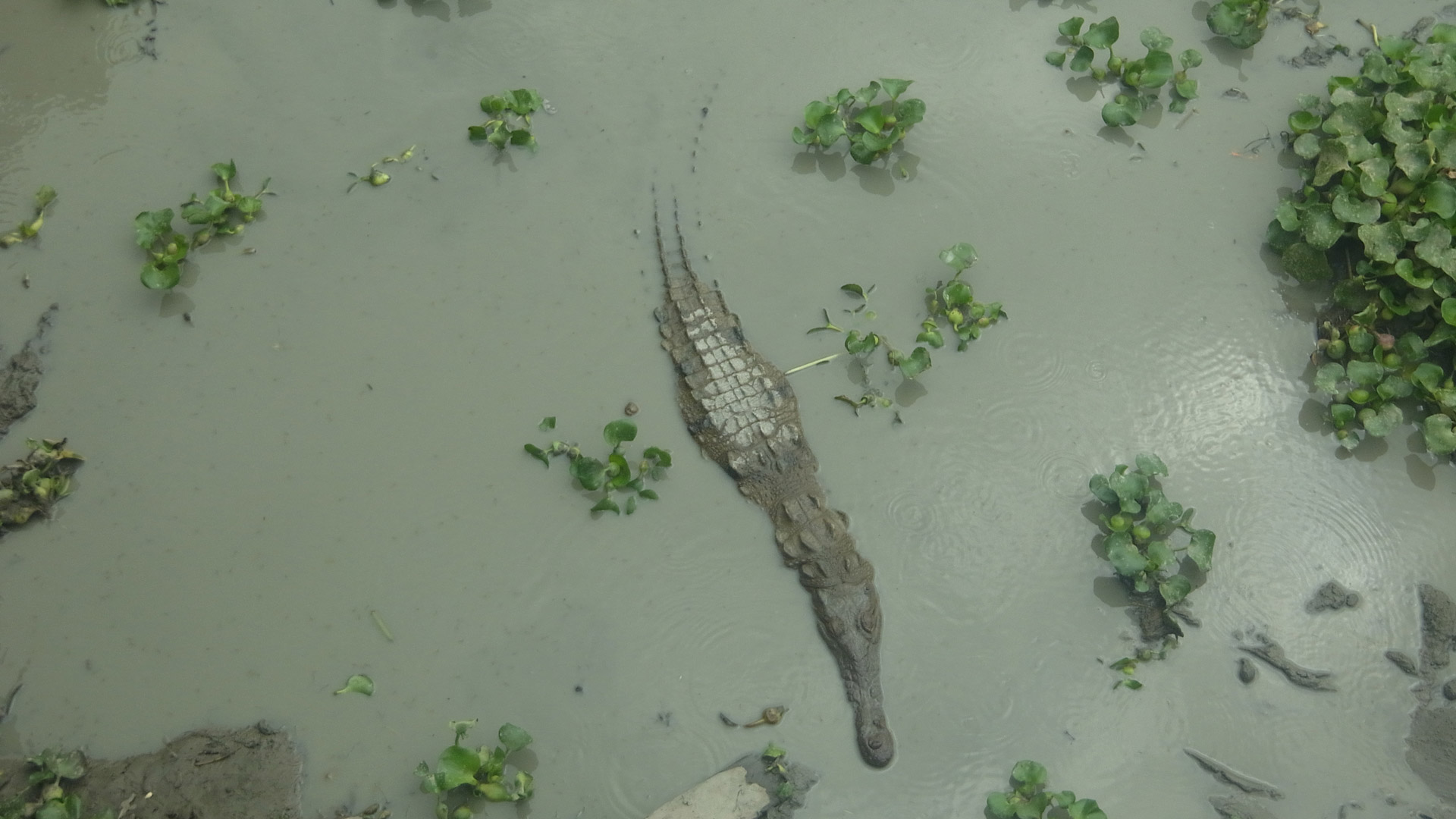 Lottery vendors hawk their tickets. Eateries overflow at all times. Fishermen deliver their catch of the day at the docks. The city lives again. Jenny mentions a serious problem, however: the sediment that has accumulated over the decades. “Dredging work is imperative,” she says.

The river must once again become the navigable dinosaur spine it once was.

The last record we’ve found of a fight between a man and a crocodile appeared in a 1926 newspaper article… After that, silence. Some say the crocodile’s belly would have naturally dredged the waters had he not been banished from his territory.

These proud proto-Guayaquileños might, paradoxically, have helped solve one of the problems those who love their river today worry most about. Come what may, one thing is certain: for every Guayaquileño, to cherish, celebrate, heal and get to know their glorious river intimately is the best and only way to love their city.