CARING FOR WILDLIFE IN SANTO DOMINGO

Let’s travel back in time, about 60 years. This journey takes us to another Ecuador, when forest conservation was not an issue; when jungles were endless on both sides of the inter-Andean valley. The protagonist of the story is a young man, born in the state of Mississippi, arrived at the ripe-old-age of seventeen, speaks minimal Spanish, and has never seen such exuberant vegetation in his life.

His name is James Brown, and when he arrived in this world, he had nothing to lose. He was one of the very first adventurers to bet on agriculture in this untamed wilderness. The modest banana farms he and others like him were able to create in this land seemed a miracle. It would not have occurred to anyone that thirty years later, from that humble beginning, most of the lush nature these pioneers encountered would disappear.

In those days, imagining a viable agricultural project was as difficult as it is to think, today, of restoring the forests of Santo Domingo, and bringing back their glory of old. Now, at ninety years of age, James Brown knows, however, that dreams begin with dreams. 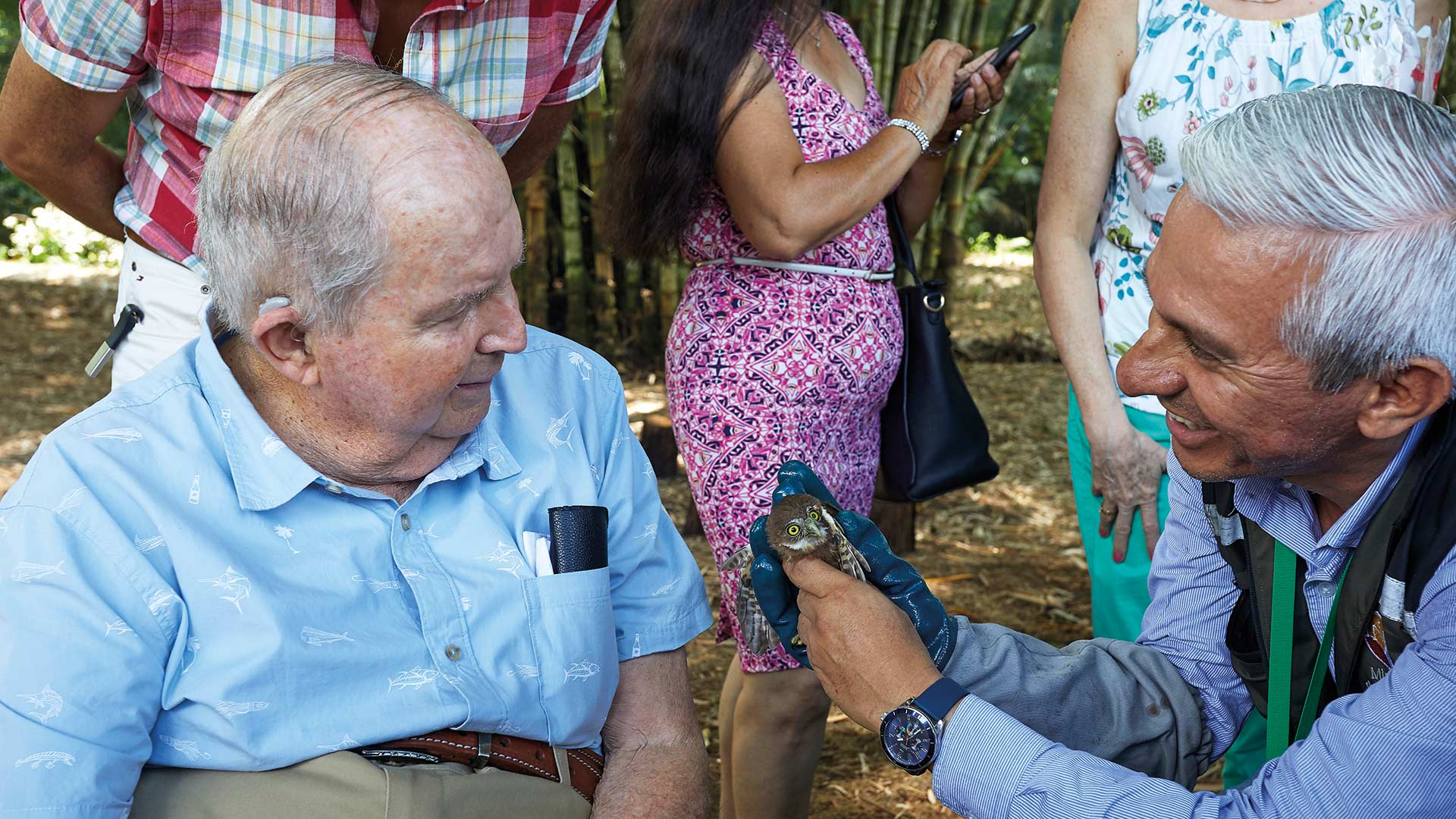 James Brown’s life story is a rollercoaster ride of everything from great failure and persistence to awesome success, which would lead him to found James Brown Pharma, one of Ecuador’s leading pharmaceutical companies. Yet, James never left his humble farm on the road to Quinindé. In his later years, he began a reforestation project with native vegetation, today an oasis amid fields of oil palm and banana. His love for lush rainforests, stoic pambil palms, birds, sloths, boas, and jaguars (James is one of the few humans who has been face-to-face with one!), creatures with which he lived for fifteen years of agricultural life here since the 1950s, inspired him to do something for his beloved jungle.

“I never bought much land,” says Jimmy, as his friends call him, “I only had my many projects. I tried cacao. I tried rubber. I had my bananas, which were enough for me to survive. But for some reason, I never got into palm oil. Those who did became rich, but in return, they knocked everything down. And it’s a shame. Because this jungle was so beautiful…” 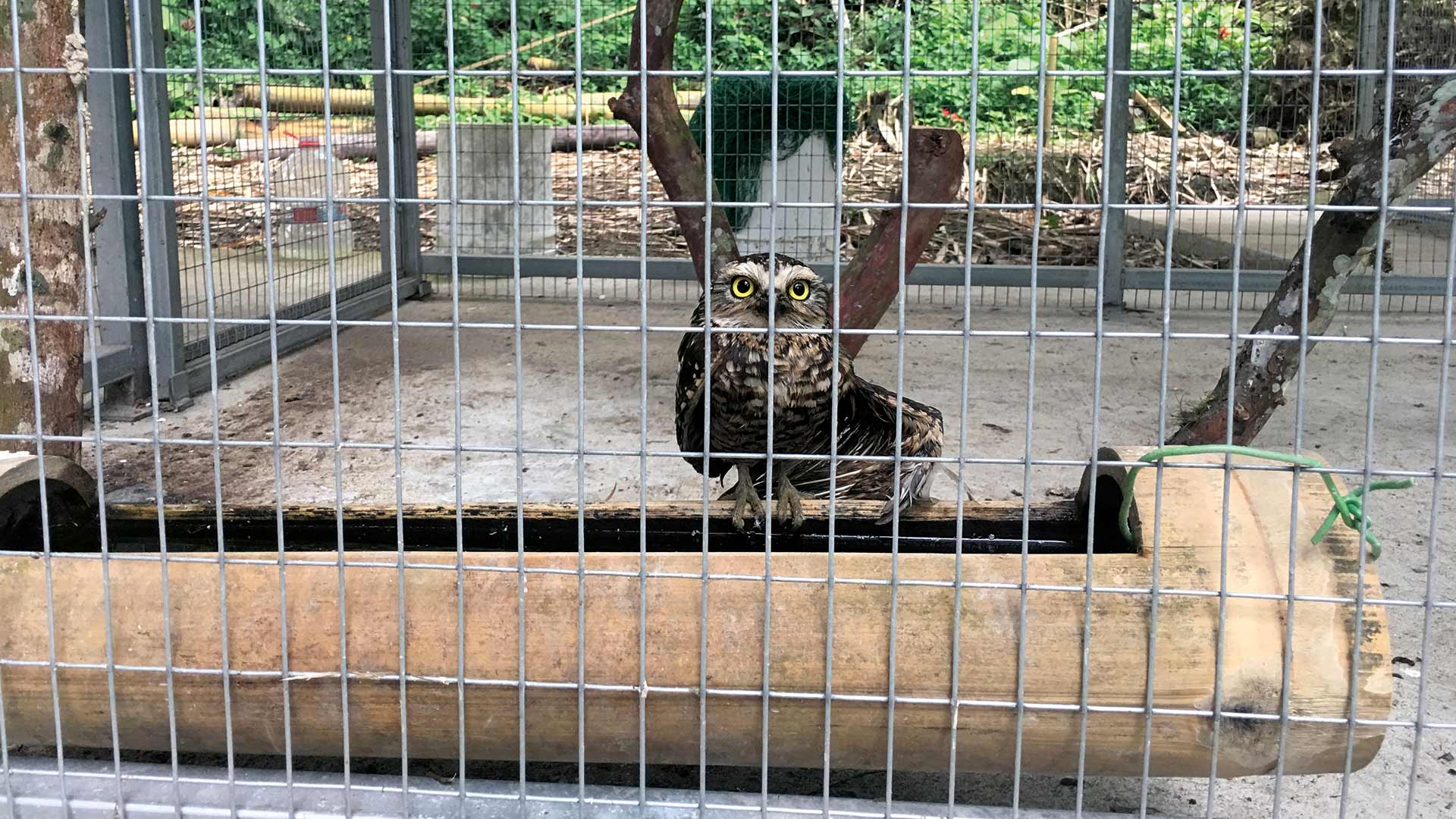 Through James Brown Pharma’s board and manager, James’ son, Felipe Brown, the company has financed a wildlife rehabilitation and reinsertion program set within the native forest James managed to raise with his own two hands here in his land. Captured or wounded animals are received, cared for and reintegrated into the few patches of surrounding forests. Ocelots, sloths, owls, eagles, turtles… all will have a second chance at life within this center.

James Brown Pharma began as a veterinary products company and today, forty years later, has expanded into human products, and now, care of animals takes a new turn: looking towards the little jungle that remains and ensuring its conservation. “My humble contribution,” says Jimmy. 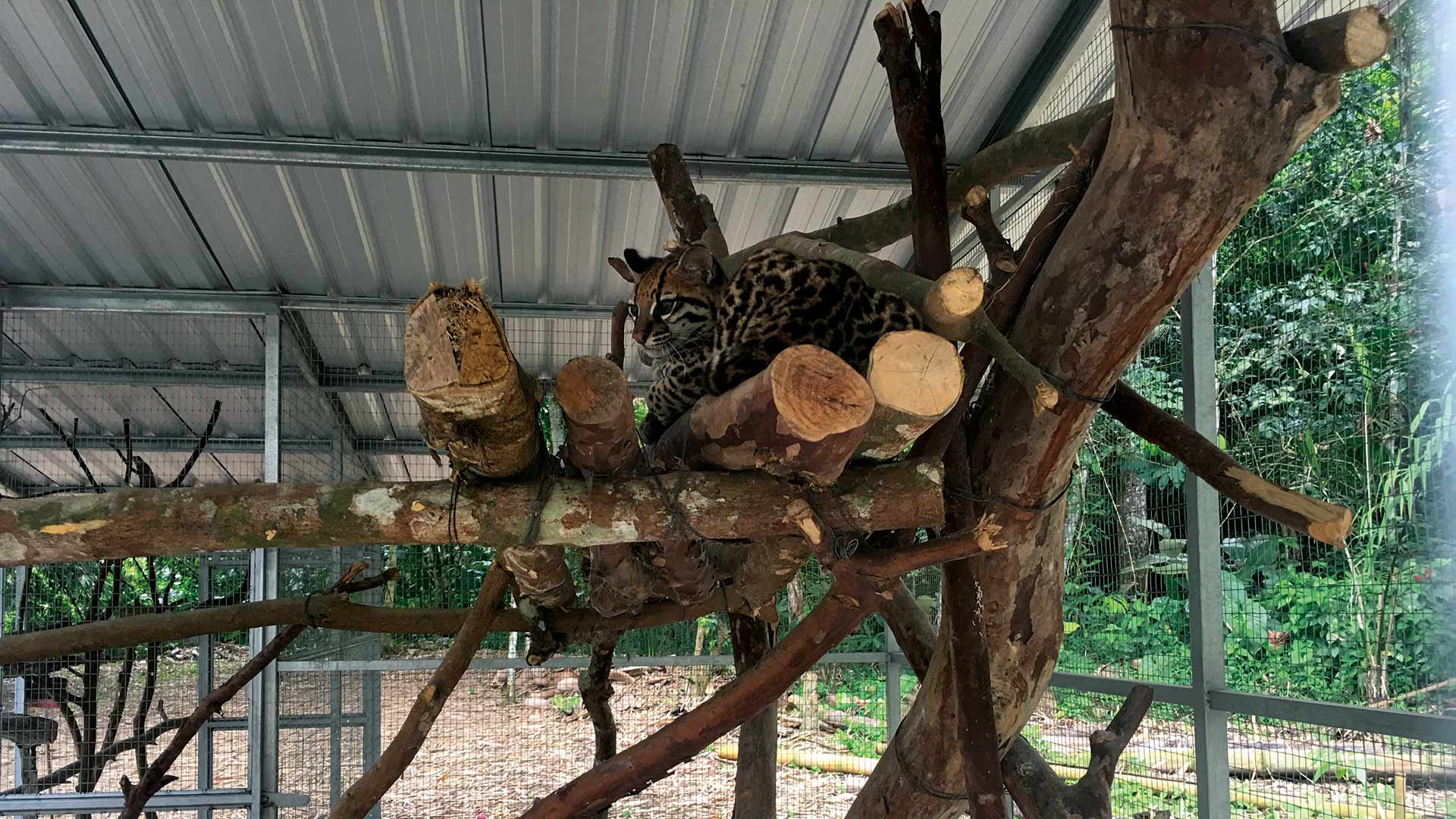