This legendary people –remembered for their delicate work with precious metals, for their expansive network of settlements throughout the northern Andes– once spread out across austral Ecuador with over 20 different tribal conglomerations and two blossoming capitals, northern Hatun Cañar at Ingapirca and southern Guapondéleg, today’s city of Cuenca.

The Cañari were fierce warriors who fended off the Incas for decades and perhaps were never truly conquered. Some state they eventually had their revenge when joining forces with the Spanish Conquistadors who arrived from the south.

Their relevance, perhaps underappreciated, and their character, surely vastly ignored, is evoked at a good number of archaeological sites throughout the north and west of Cuenca, including Culebrillas, Cojitambo, Coyoctor, Chobshi, and in Cuenca itself, at Pumapungo.

We can also seek out the quiet lull of Ayllón Lake, a small espejo de agua (“water mirror”) that, according to myth, was created once the waters of the Great Flood receded, leaving two primal alpha males alone in the world to marry a pair of macaws, who would eventually procreate into an entire civilization. 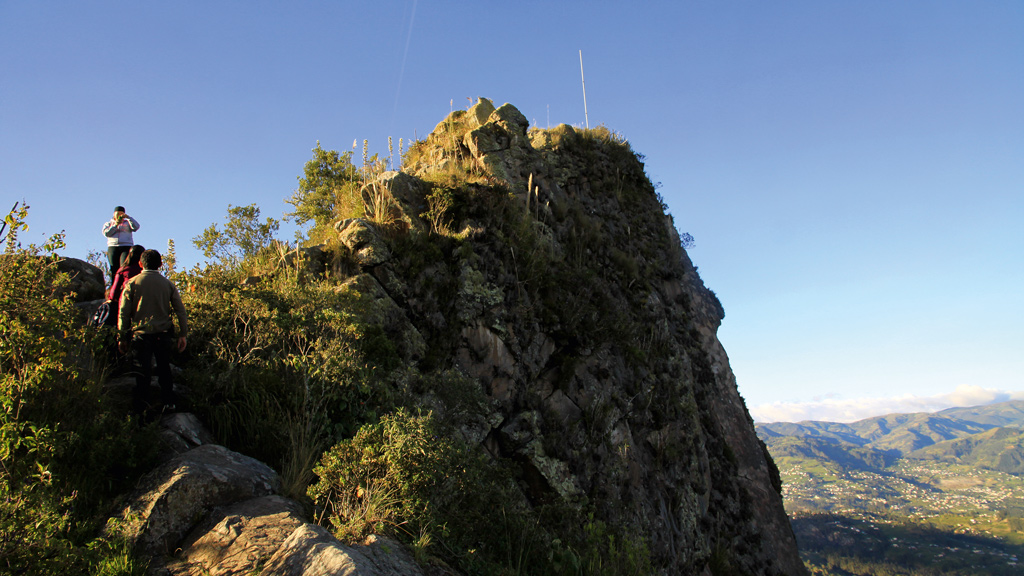 Today, the Cañari specter continues to cast its mythical shadow over this land. The language has long become extinct. Their constructions are buried not only beneath modern buildings, but Inca strongholds as well.

They say Inca Atahualpa savagely punished the entire group for siding with his brother Huáscar during the Inca wars. They say Cañari men were slaughtered by the thousands, leaving only women. Today, it is hard to say what remains. Some statistics put the number of true surviving Cañari at around 1,000 (you would certainly have a hard time distinguishing them). Yet they seem to represent not only a past that transcends memory, but pride that transcends identity as well.

The Chunucari: The Golden Sun

It is probably Ecuador’s most memorable relic, the archaeological piece that represents our country’s past in the most evocative, inspirational way: the Ecuadorian Central Bank’s ‘Gold Sun’. Before becoming a part of this institution’s famed collection, it lay silently in the mountain hacienda of Burgay, just minutes from Biblián, as one of Swiss-born Max Konanz’s favorite archaeological findings. Konanz, who became an avid con- noisseur of all things pre-Columbian, came across a large golden ball, which like yarn, he unraveled strand by strand to reveal eventually its square face and full crest of waving rays of light we all know today. He exhibited the piece in his family museum for over twenty years, and identified it as Cañari, since it had been unearthed in the Sigsig area. Despite this, and once the piece was sold to the Central Bank, it was unexpectedly reconsidered as belonging to the Tolita culture of the Pacific Coast. The Konanz family members continue to stand by the collector’s initial theory. Meanwhile, the Municipality of Sigsig is currently gathering evidence to reclaim its austral origins.

Pirates of the Galapagos