Bonpland: in the Shadow of the Sage

Contact us directly and get the printed Ñan magazine n°34 issue (Humboldt and Bonpland in Ecuador: a Journey that Changed the World) and all of our iconic issues delivered to your house!

They would have liked to have seen each other one more time. But the meeting never took place. Aimé Bonpland died before he could get on a ship, cross the Atlantic, set foot on his native European soil once again and see his Prussian friend, with whom he had made a journey that would change both their lives forever.

Bonpland was born in La Rochelle, an important port in western France, known today as “Venise verte” (Green Venice), due to its many small canals lined with lush vegetation. It is not difficult, visiting the area, to conjecture how these green landscapes played a part in Bonpland’s passion for plants. Even his surname is related to plants. It was the nickname they gave his father — a doctor and wine producer who apparently exclaimed “what a good plant!” (quel bon plant!) whenever he came across impressive vines. Bizarrely, the nickname stuck and effectively erased the family’s official name, Goujaud.

Aimé went on to become a doctor and for a brief period practiced this profession (including during the French revolutionary wars). In Paris, he frequented the Jardin des Plantes, the capital’s botanical gardens, marveling at and becoming familiar with the best botanical collection of equatorial plant specimens in Europe, collected by Jussieu and La Condamine during their over ten-year-long Geodesic Mission to Ecuador. Bonpland studied with important scientific figures such as Jean-Baptiste Lamarck (who would anticipate a “theory of transmutation”, precursor to Darwin’s evolutionary theories) and Antonio Lorenzo de Jussieu himself (nephew of the Geodesic).

Bonpland had adventure running in his veins. Growing up in a port like La Rochelle, he felt the pull of the horizon and faraway lands from a young age. Coupled with his growing obsession with plants and the natural world, when he ran into Humboldt in the corridor of the house where they both rented rooms in Paris, they knew that they had met their match. Bonpland proved to be the man. Imagine all those years traveling and living side-by-side. Imagine spending just a few days with a person of Humboldt’s intensity! Bonpland was acquiescent, collaborative, a dedicated explorer. During the difficult expeditions up the Andean volcanoes or amid the torrid tangles of the Orinoco River (where he almost lost his life to dysentery), he remained a stalwart. Humboldt and Bonpland stuck by each other through thick and thin and returned to Europe with a collection of tens of thousands of specimens of plants, and thousands of species, two-thirds of which were new to Science. It’s one of the injustices of history that Humboldt took all the glory from their joint travels. Little is said of Bonpland’s precision and knowledge. 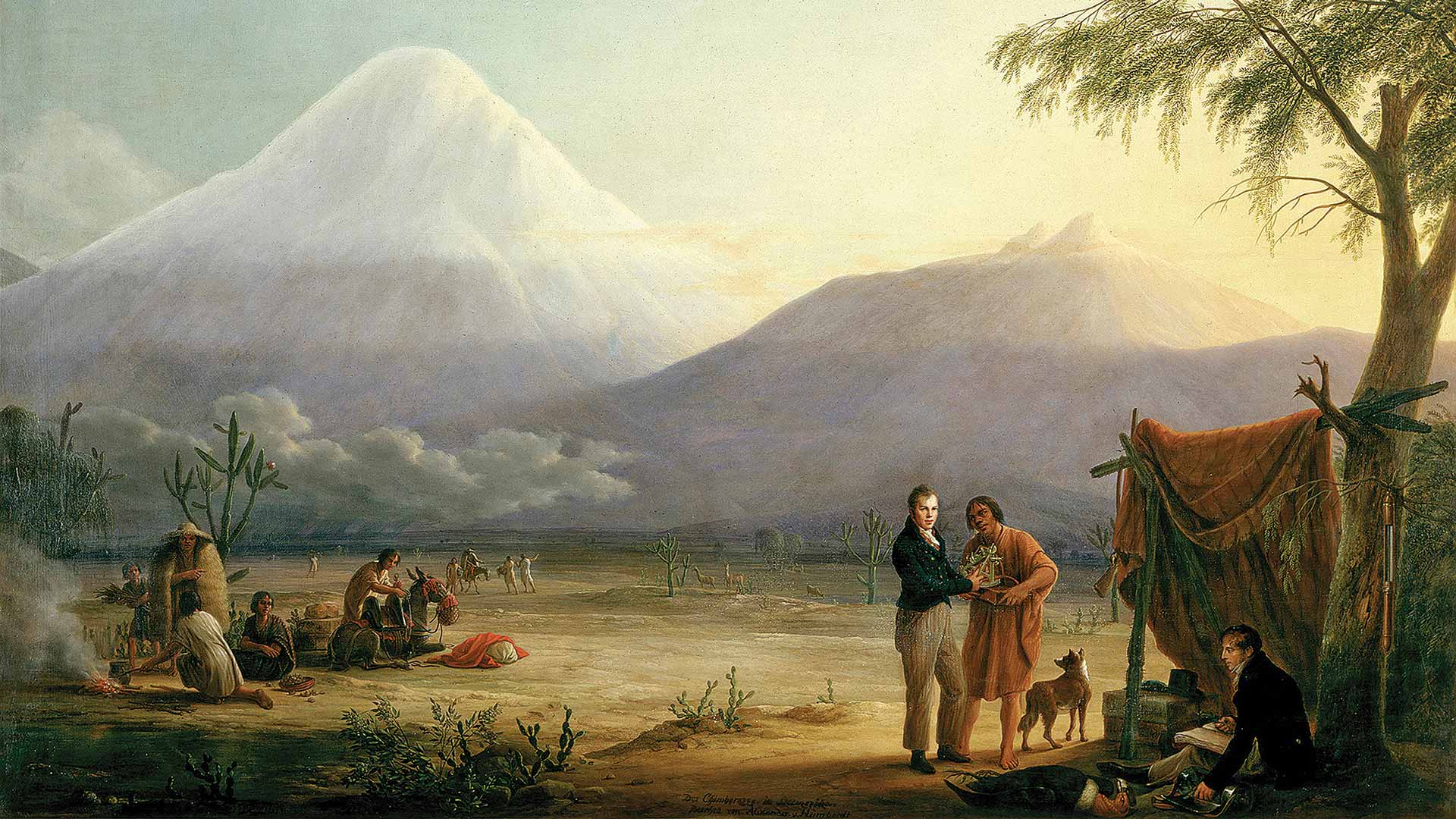 Back in Europe, Humboldt was in charge (to the point of obsession) of organizing and analyzing everything the pair had collected in the Americas. He would, no doubt, have wanted Bonpland to feel the same zeal for cataloguing their extraordinary botanical treasures — what became the largest collection of plants that a single expedition had ever collected (even when an entire volume of the collection was lost at sea!). But Bonpland was a free-spirited man, one of the most accomplished field botanists in the world. The prospect of spending months dissecting stems and leaves (and think how many stems and leaves!) left him frustrated. He did manage to publish a first volume on the collection, but the project of compiling the scientific reports dragged on and on, even though Humboldt had arranged a handsome salary for him with the French government to do so.

In 1808, Bonpland was named superintendent over the gardens at Malmaison Palace, a pet project of the Emperor Napoleon’s wife, Josephine. This appointment led him to abandon the plant cataloguing project entirely. But with the fall of Napoleon, the horizon called Bonpland once again. He decided to follow his heart and, in 1816, ventured back to the Americas… never to return.

Bonpland’s comparative anonymity is largely due to the fact that he published so little under his own name and, of course, because he lived under the shadow of the intellectual behemoth that was the Baron. But Bonpland’s knowledge of plants, without a doubt, was superior to Humboldt’s. The Frenchman’s great ability to identify plants and understand their ecology led Humboldt to assimilate, correctly, many of his personal concepts from a botanical point of view — plants are central to Humboldt’s Naturgemälde. Not only would the expedition’s amazing botanical collection have been impossible without Bonpland, it is possible that Humboldt might not have even reached the conclusions he reached and the proofs he needed to reach them, were it not for Bonpland. We should also note that Bonpland’s studies prior to their voyage with some of the most important scientists in Europe also contributed to Humboldt’s overall vision. 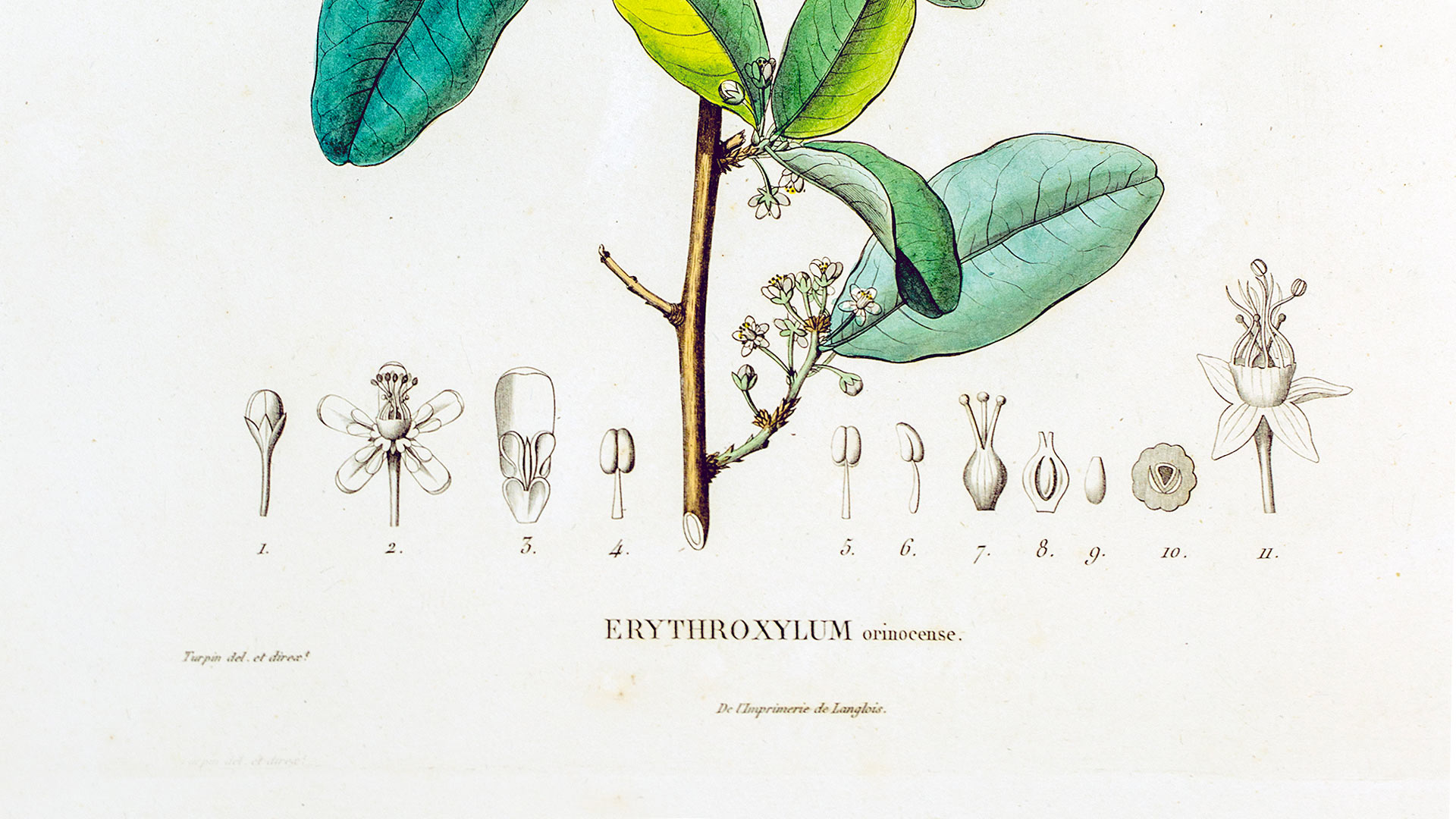 Humboldt, for his part, was forced to look for other collaborators to complete his botanical publications. He found in young Carl Sigismund Kunth the talent he needed. A great draftsman, and soon-to-be excellent botanist, Kunth took years to prepare the seven volumes of Nova Genera et Species Plantarum for publication in 1815. Most of the plants therein described are signed H.B.K. (Humboldt, Bonpland and Kunth). It’s also important to note the role of José Celestino Mutis, a Spaniard based in Bogotá, who had described many of the species that the trio came to publish and describe officially in Europe.

Bonpland ended his days in the La Plata region. He took orange tree seedlings from Europe and began a plantation (he was also briefly a science professor in Buenos Aires), settling in Santa Ana de Misiones, on the banks of the Paraná River, on the Argentina-Paraguay border. Here, he developed a business producing yerba mate, but ran foul of the mafia controlling the crop’s production under Paraguayan dictator José Gaspar Rodríguez de Francia. He was sentenced to ten years in prison on trumped-up charges. When Humboldt heard of his friend’s predicament, he tried to convince Simón Bolívar to invade Paraguay so that he could dissolve the dictatorship and, in so doing, free his friend. This never happened. Bonpland wallowed in jail for a decade before returning to his “good plant” — the yerba mate — his hacienda in Santa Ana, his orange groves. He was well-loved in the region, and today, a few kilometers from Santa Ana, a small town bears his name.