Beyond the Virgin: Southern Quito Neighborhoods

Walk past Panecillo Hill, leaving the Historic Center into Quito’s Southern neighborhoods. This off-the-beaten-track corner of the city is little known and is home to a strong and diverse urban personality, with many highlights along the way.

We must walk, from Bulevar 24 de Mayo (behind the Museo de la Ciudad) toward Calle Ambato. From here, you make it to calle Cinco de Junio. This is a street many a Quito marauder has recommended. It circles Panecillo Hill and lounges the Jefferson Pérez Linear Park. There’s a lot of greenery as well as a precious view of the southeastern limits of the Historic Center.

You’ll may also enjoy the wonderful vantage point of the Machángara River as well. And if you know your Quito heritage buildings (not everyone does!) you’ll notice San Sebastián or the Ministry of Defense. On the hill, lies the neighborhood of Chimbacalle. At some point in history, this was Quito’s final frontier, Quito’s southernmost parish. That certainly isn’t the case today!

The true gateway to the South Quito —although most human beings, even Quiteños, have probably never even heard of it— is the neighborhood of Santa Ana. Santa Ana is residencial, calm… feels like another city. It is full of green areas and low houses, sitting at the foot of the old National Beer Company.

No one in tourism has ever given it any importance, but it is a very pleasant place to stroll about, with a brand-new Ecological Park that has given the area new life. It was actually a landfill but today, every weekend, it thrives with family activity, including an outdoor gym where you can even learn how to box. It’s a great place to bike, walk or —if you’re so inclined— engage in contact sports with the neighbors!

The best time to visit this area is on Sunday, during Ciclopaseo hours

A barrio with flavor

As we leave Santa Ana, we make it to La Magdalena. Forty years ago, this was the center of what was a town, and not part of the city like it is today. Here is where the well-known Motes de la Magdalena (“Magdalena Hominy”) —on calles Quisquis y Quitus— diagonal to the parque, is located. Enjoy them with pork scratchings and hot sauce to go, and sit at the green banks in front La Magdalena’s pretty stone fountain.

You can also seek out some good hornado at the market . And if you prefer less traditional fare, you can visit the quaint Café La Magdalena, especially when it’s nice out, good for a pizza and beer al fresco! 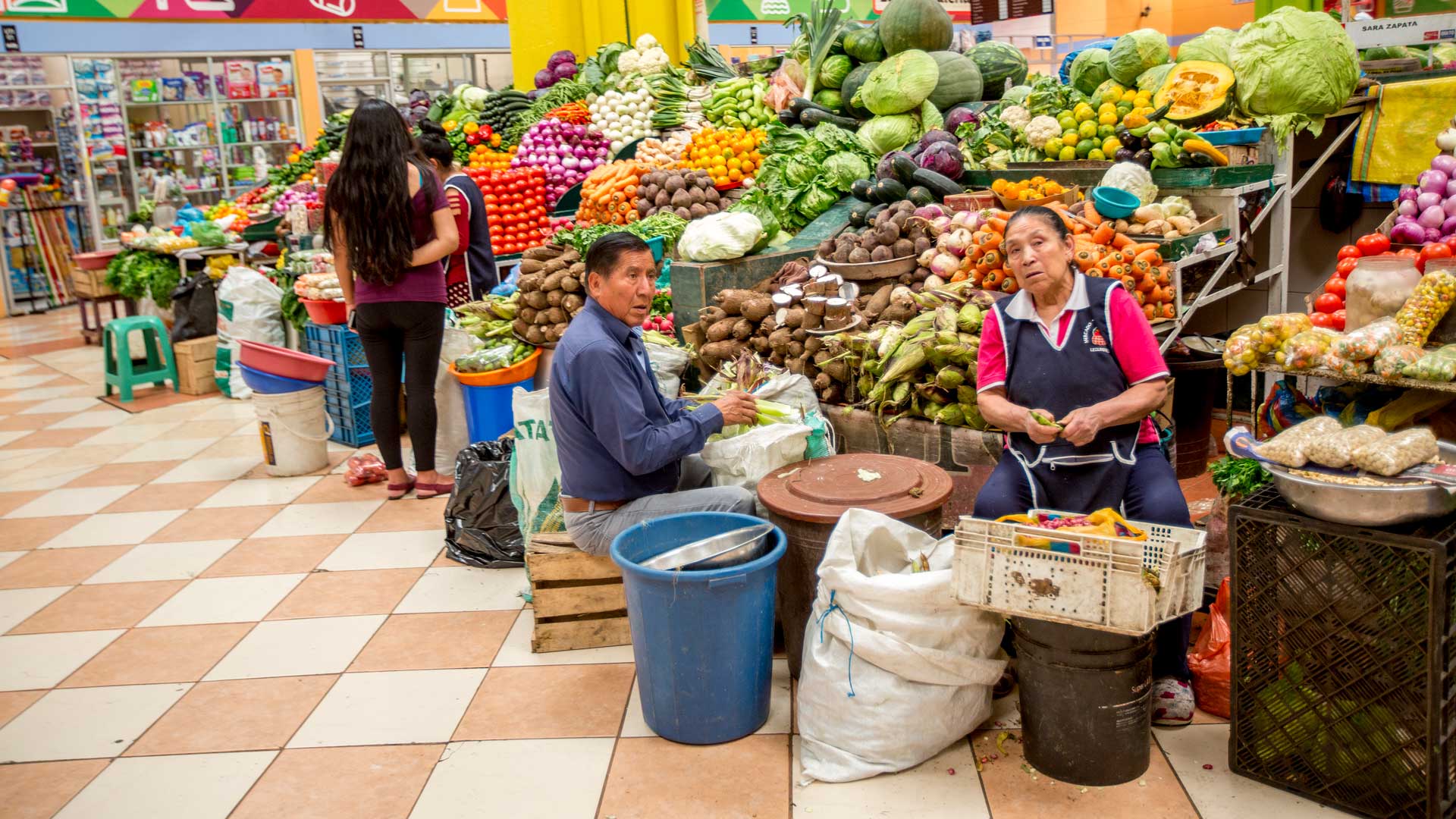 La Magdalena Market has it all… even a chapel!

Bringing back the culture

Nelson Ullauri, cultural activist and neighborhood president, says La Magdalena is also a key place to empower the city’s intangible heritage. Since the 1990s, this was the place where the Southern Neighborhood Association carried out its first community self-management campaign. A number of interesting grassroots projects came about from the effort, including the “Festival del Sur“, the “International Day of the Arts” and the “Al-Zurich Festival”, some of which made a headline or two.

Part of the social recovery process through arts and culture aims at preserving local traditions. One of its most spectacular manifestations is the Yumbada, formerly known as the “Fiesta de la Quebrada de los Chochos” (a ravine that was later landfilled to make way for the Avenida Mariscal Sucre). The celebration, which takes place on Christmas Eve, brings out a number of traditional characters, including the renowned Yumbos, who dance through the streets and houses thanking for a good harvest and a good year.

– Quito Turismo and Ñan come together to offer the best of the city: routes, walks and great information to take along and share!

As we walk east from La Magdalena, we stumble into another neighborhood, also residential, known as La Villaflora. It also shares the area with the Machángara River, a space of nature in Quito that should be more valued and receive some municipal attention (it is, of course, Quito’s most important river).

At the pretty linear park, notice the urban sculptures by well known local artists (including Vicky Camacho and Marcia Vásconez). Here, you can also find the legendary Concha Acústica, perhaps Quito’s first rock icon. This outdoor stage is home to what is perhaps the city’s oldest rock festival, inspired by none other than Woodstock itself. Although the festival has not been organized regularly, the first edition took place back in 1972! 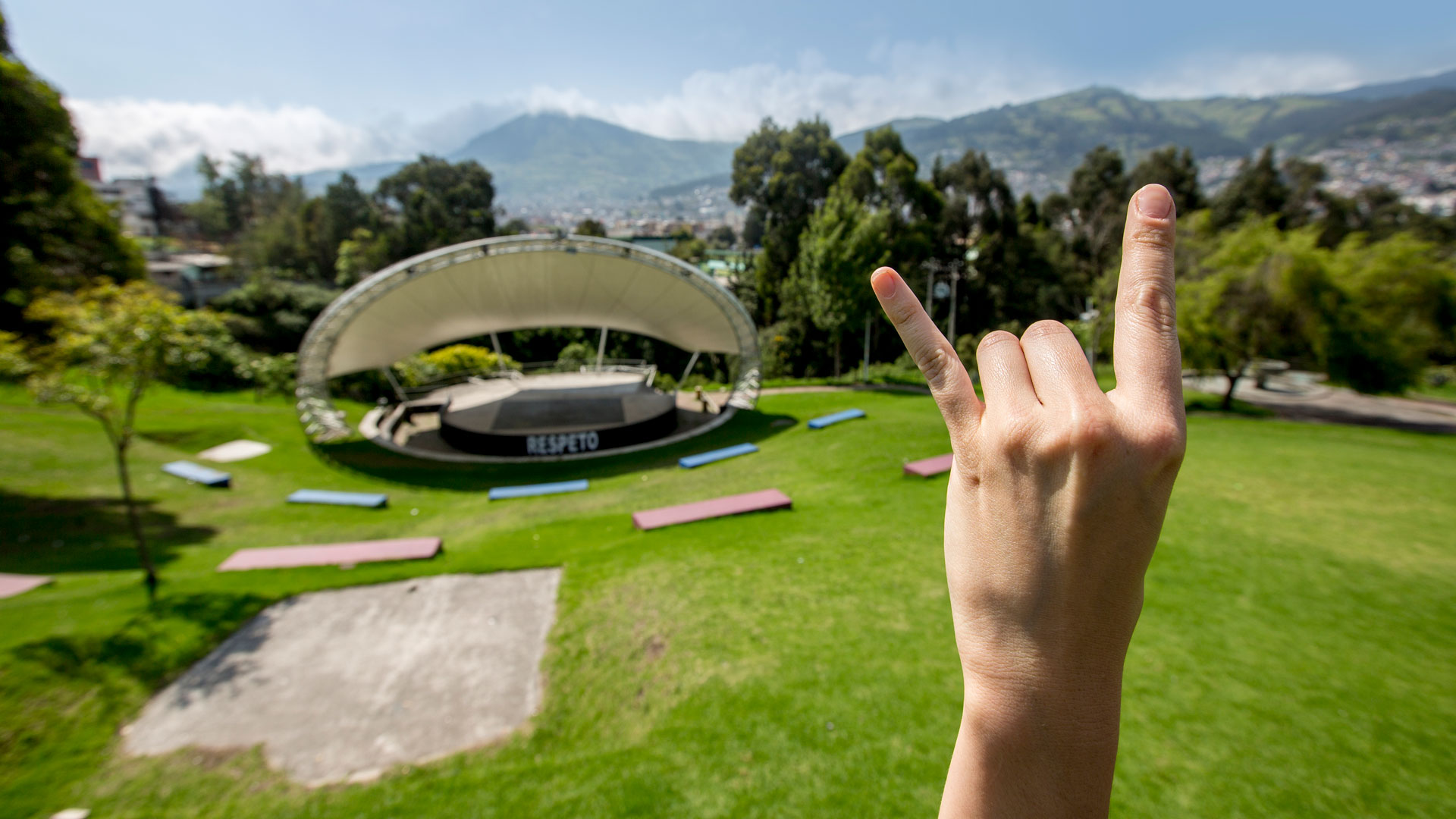 Down by the river

La Villaflora, La Magdalena, Santa Ana y Chimbacalle are among the early neighborhoods to expand from Quito’s Historic Center. They all have the Machángara River in common. They may not be on the tourism radar, but for the adventurous soul, there are reasons to set out and explore.