Piñan: Beyond the hills and far away

There are few places that remain untamed in Ecuador, where one can pick and choose activities from camping, kayaking, climbing, hiking, trekking and horseback riding, through to interaction with a remote, mountain community.

Climber and explorer friends had long told me of the spectacle of Piñán, so I enthusiastically managed to organize a Ñan expedition team to fulfill finally my dream of making it out there. There wasn’t much time, since the climate is an essential part of the visit and the Andean summer (between June and September) was about to end. The rainy season would come any time now and, although visiting the region throughout the year is feasible, it is much more enjoyable when the weather is clement and bright.

In Piñán you can practice many different outdoor activities including trekking, mountain biking and camping.

We left “Termas Aguasavia” in Chachimbiro, and packed all the equipment in our vehicle: bikes, kayaks, cameras, tents, backpacks, blankets, food, etc., heading along narrow winding roads and across these beautiful (and ever-steep) mountain slopes. It’s hard to understand how this area, that on the map seems so close to Ibarra, Urcuquí or Chachimbiro, actually feels so distant. 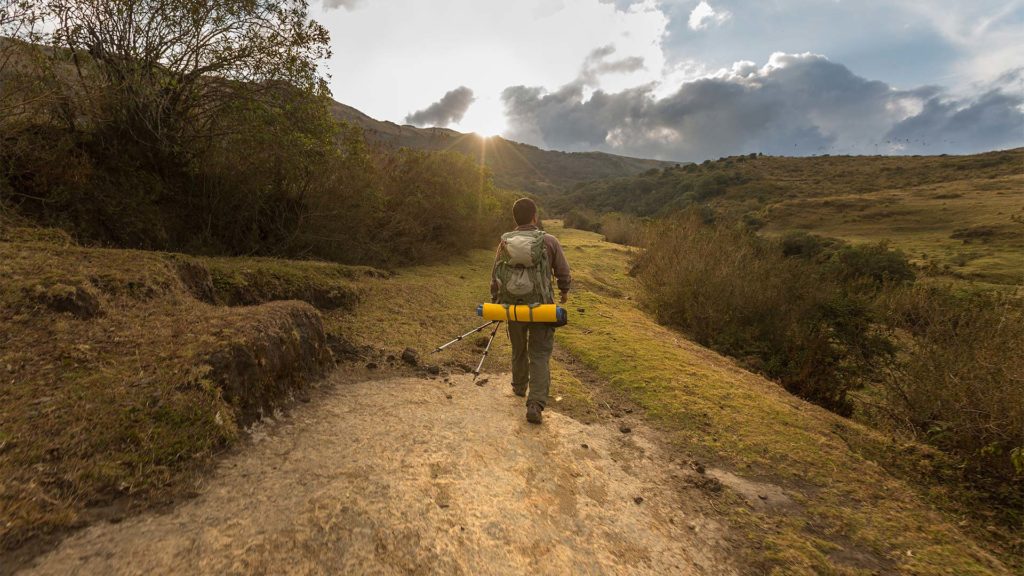 Bent on exploring our adventure options, we began by getting on our mountain bikes and pedaling through winding roads, escorted by sharp cliffs, up to near-páramo and descending back again, behind the mountains, until we reached the town (and subtro-pical cloud forests) of Buenos Aires. We then got back into our 4x4s, and climbed up into páramo to the small town of Piñán, our destination. The trip (including our stops to take pictures, ride our bikes, grab a bite, etc.) lasted about eight hours, what it takes the neighbors of Piñán to travel to the nearest town store! 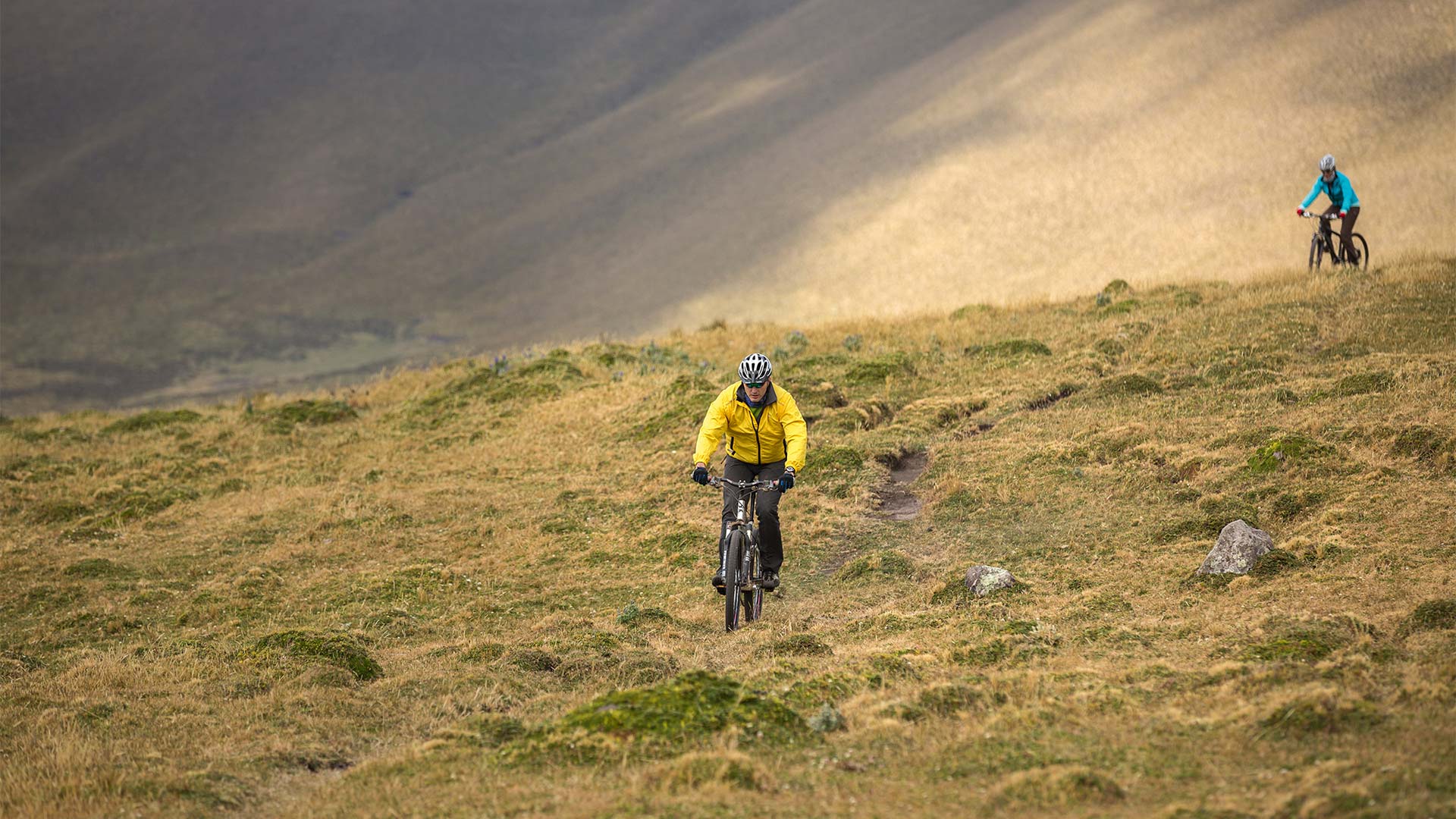 As the cold páramo wind hit us in the face, we could make out the hamlet in the distance. The “modern world” lay behind us now. I tried to think of a place where I had seen something like it. Perhaps a fairy tale, a science fiction movie, old books, my imagi-nation… The small ‘cottages’ of Piñán comprise mud walls, thatched roofs and small windowless windows, ocher-colored earth against the yellow grasslands that surround them. “They are nice houses”, my local guide Fausto explains, “they are the home of our parents and grandparents, and they will be the home of our children, too.” Here, “streets” are dirt paths and farm animals wander without fear of getting lost. The villagers have a lot to do: cleaning impurities from corn grains and sifting them against the wind; milking their cows, tending to their sheep, planting and harvesting. Here, the children play in the rivers amidst ducks and fish; they learn to ride horses, not bicycles. 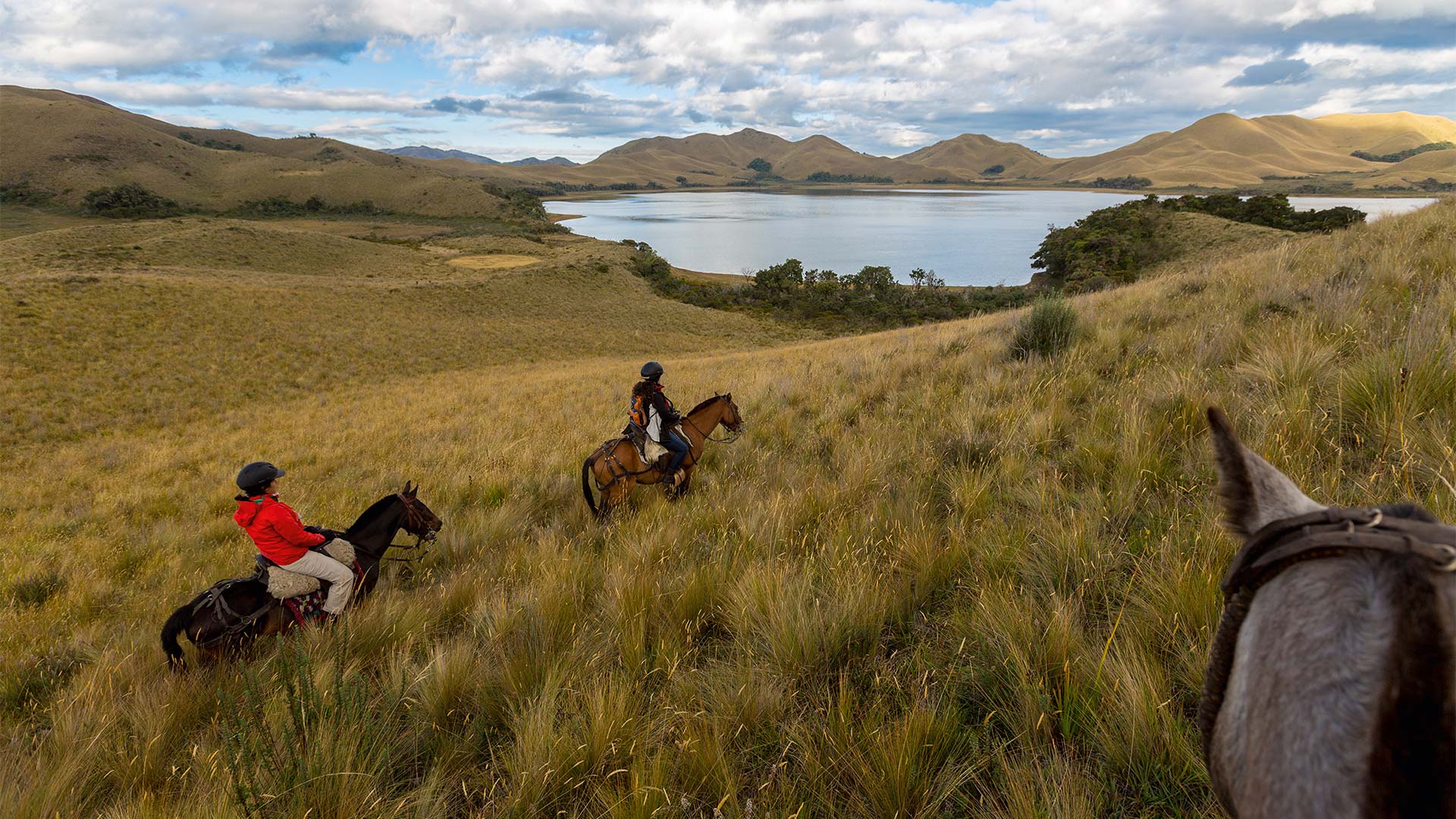 Sources record the existence of Piñán as a settlement in Spanish chronicles as far back as 1694. But it is also believed that the land was dedicated to crops in pre-Hispanic times, where both Cayapas and Karankis congregated. It is amazing to think that electricity arrived here only four years ago… In terms of communications, some homes have a radio phone. But the village has not lost its charisma of old – and will hopefully never lose it – nor have its people lost their identity and traditions. They still dry meat outside and keep it fresh with nothing but the cool mountain air. They wash clothes in the river every Sunday as a communal ritual and hang them to dry on makeshift clotheslines; they know nothing yet of washers and dryers. Food is cooked on wood stoves, whose fires heat their homes. 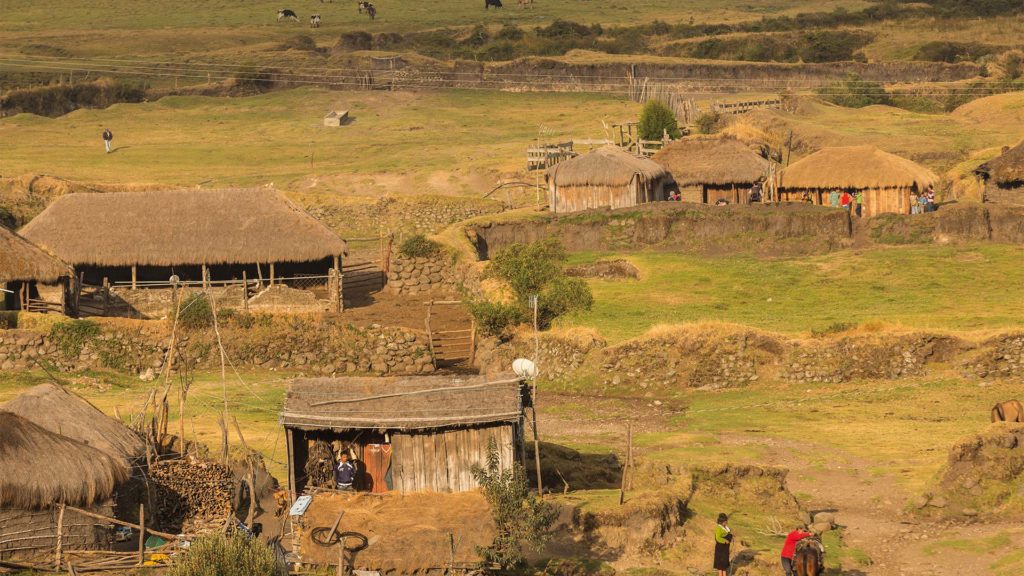 Over the coming days, we rode mountain bikes, galloped on horseback, hiked, climbed and even kayaked on the magical Tobar Donoso Lake. Piñán is, without doubt, an adventure playground, perfect for those seeking the cold, the sun, the fog, the wind, the water and the wilds, in one of the most picturesque and least-known communities in the country.

Here are the three routes to Piñán, each different and beautiful…

1) Urcuquí – vía San Blas-Iruguincho-Hacienda El Hospital- Pantaví – Piñán: the shortest route (20 km on 4×4 vehicles with muddy roads between October to May and dusty roads from July to September). The path itself is the protagonist of this adventure.

Central to the community’s sustainability is its tourism project, “Piñán Trek”, and the Piñán refuge, a lodge with 3 large bedrooms (for 8 people each) with shared bathrooms, hot showers, a restaurant with excellent local food, a reading room, fireplace, desk and telephone. The community also manages the “Agua Savia” thermal spring resort in Chachimbiro.