Balbanera: Birth of a colony

Despite its simplicity, or perhaps because of it, the first church built by the Spanish conquistadors within the territory of present-day Ecuador still stands today, even though the city that surrounded it does not. The region was scarred by a devastating 1797 earthquake in which over 5,000 people perished and the original city of Riobamba was destroyed.

When the earthquake hit, the people in Quito begged Spanish officials for help, reminding them of the rich resources the Riobamba region provided for the Crown. “The King’s money is sacred,” was the response. No help arrived, despite the fact the president of the Audiencia, Luis Muñoz de Guzman, took 60,000 pesos in sealed coin to Lima only a few months later.

Today, the Church of Balbanera, on the road from Riobamba to Cuenca, as well as the ruined city at Si- calpa make a fascinating local trip to better understand local history. 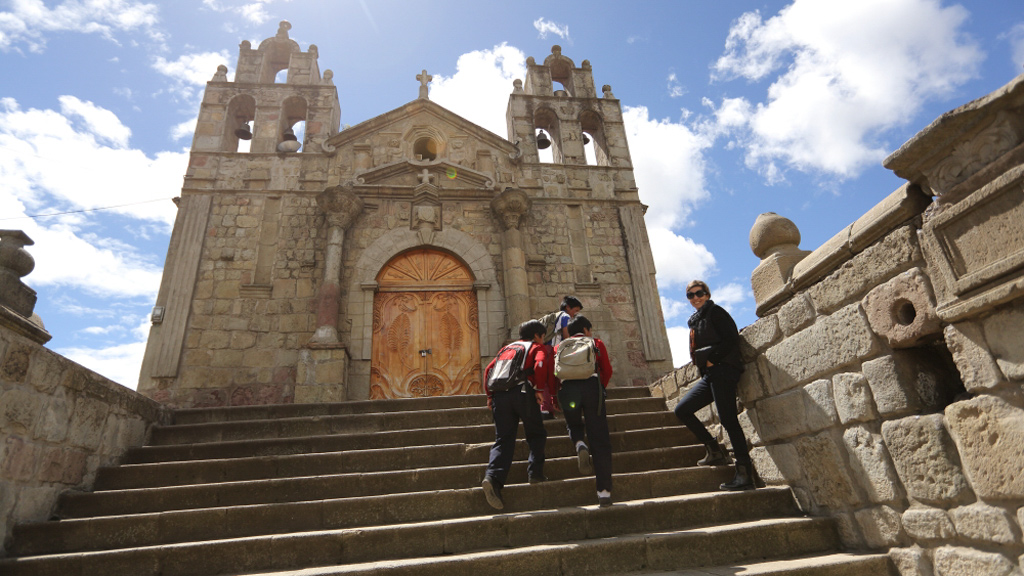 Sicalpa Church, reconstructed after the earthquake.

Balbanera Church, built to venerate the Blessed Virgin of Balbanera, reminiscent of Logroño’s Abbey of Our Lady of Valvanera back on the Iberian Peninsula, is a simple, yet magical stone structure, set on a small plaza with craft stalls, just across the way from Colta Lake. Its stubborn refusal to fall in the earthquake serves to remind us that Riobamba was the first city to be founded on Ecuadorian soil, in 1534, when the news that Atahualpa the last Inca had been executed was still making the rounds through the páramo. In fact, the foundation of Santiago de Quito (now more commonly known as Quito) was due to the need of one conquistador, Diego de Almagro, trying to outmaneuver another, Pedro de Alvarado.

The temple, with its limestone façade, only had a thatch-roof at the time of its construction. While that was finished off by the earthquake, the present church retains the unique style those first Catholic interlopers brought to the Andes and the current Andean roof can be seen inside when the light filters through the small windows. Its petite size at just 10 meters long, and original features — a stone atrium, altar and font — add to the church’s unique sense of seclusion and antiquity. Before leaving, you must check out the engraved angels on the frontispiece and, hopefully, glimpse the majestic Mount Chimborazo in the background. 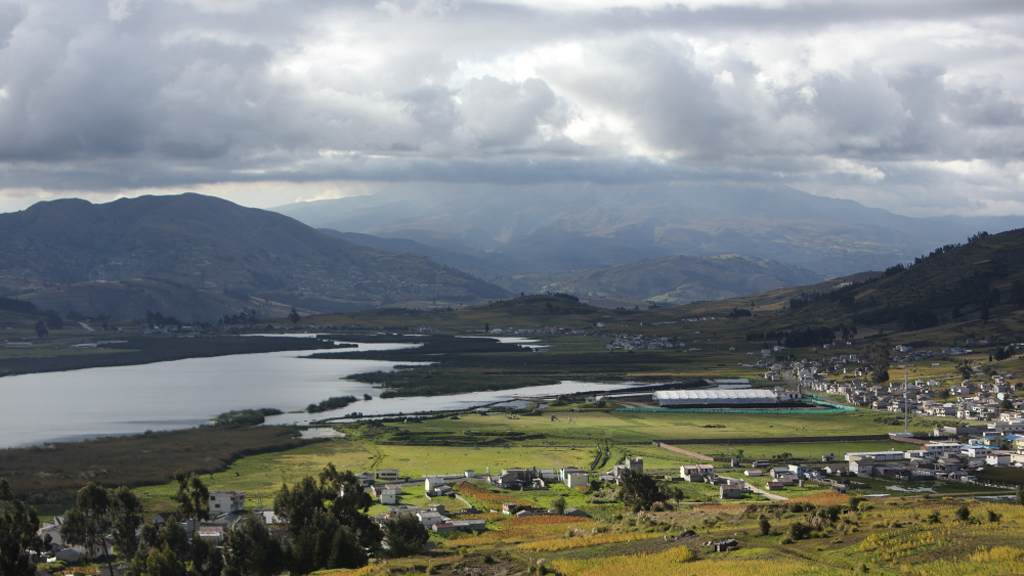 A short walk from the plaza will bring you to the utter peace surrounding Lago Colta, whose Kichwa name would be translated as something like Duck Lake. The most common birds here are in fact duck-like coots, which can effortlessly be spotted floating over the sheen of the water, which seemingly melts into the hills. From here there are walking trails that take you to what was probably an ancient burial site, or tola, a characteristic of the pre-Columbian world. The lake lies just 19 kilometers from Riobamba and the site sometimes hosts folk-dance groups.

The other pre-Columbian site to check out is the ruins at Sicalpa, where the former city of Riobamba was established. Archaeological digs during the 1980s uncovered former Riobamba’s colonial splendor for the first time since the 18th century earthquake. One of the interesting parts of the tour of the ruined city is the church, which was constructed out of fragments of colonial stone — check out a sliver of a font that appears in a column and the eye- catching stone angel near the staircase. To the left of this, you can still admire and feel the ancient walls. 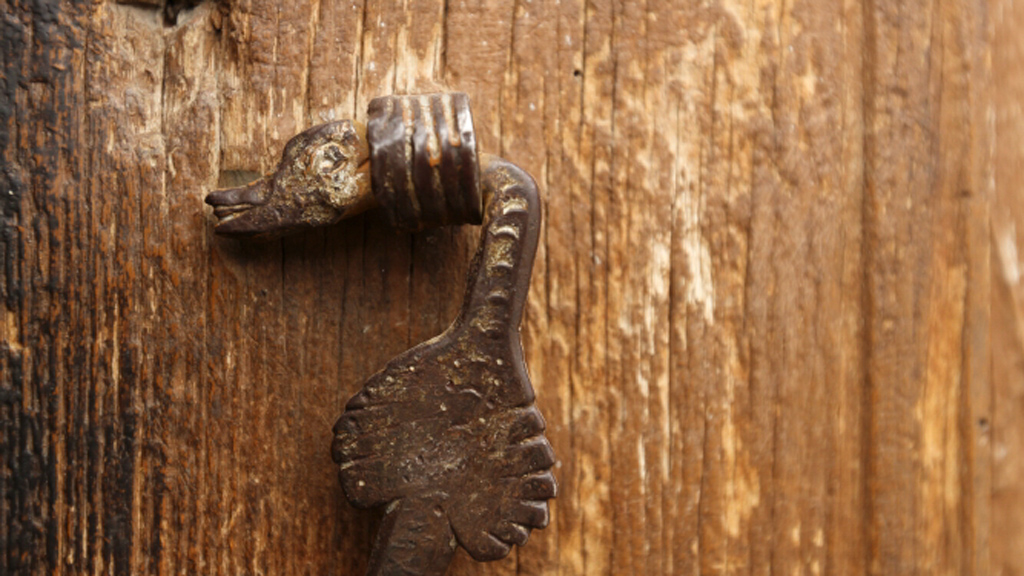 During the walk notice the details – these hold important clues to the site’s history.

Despite the Crown’s unwillingness to help rebuild the city, digs have made it clear how important the city had been: official Spanish Crown coins were printed there, while recent discoveries even show there were provisions for clean water — a very rare commodity at the time. Furthermore, in addition to simple dwellings, the original city was semi-industrial, with active mills and workshops. Further excavations, however, are required to truly reveal what Cullca hill has swept under its rug.