Ecuador is a football-breathing nation, and a shining example of the extent to which this passion has stretched is the capital’s most die-hard squad: Sociedad Deportiva Aucas. Incorporated in 1945 by Royal Dutch Shell (the multinational oil-drilling firm), “el Aucas” (“the savages” in Quichua) is best associated with the southern reaches of the city. One could say, getting nitty-gritty with fútbol in Quito is attending an Aucas match at the team’s very own ‘Caldera del Sur’ stadium, The Southern Cauldron, (at calles Rumichaca and Moromoro, in Chillogallo) drinking beer, eating morocho empanadas and cussing out the ref with the fans: the self-christened “Armageddon”! 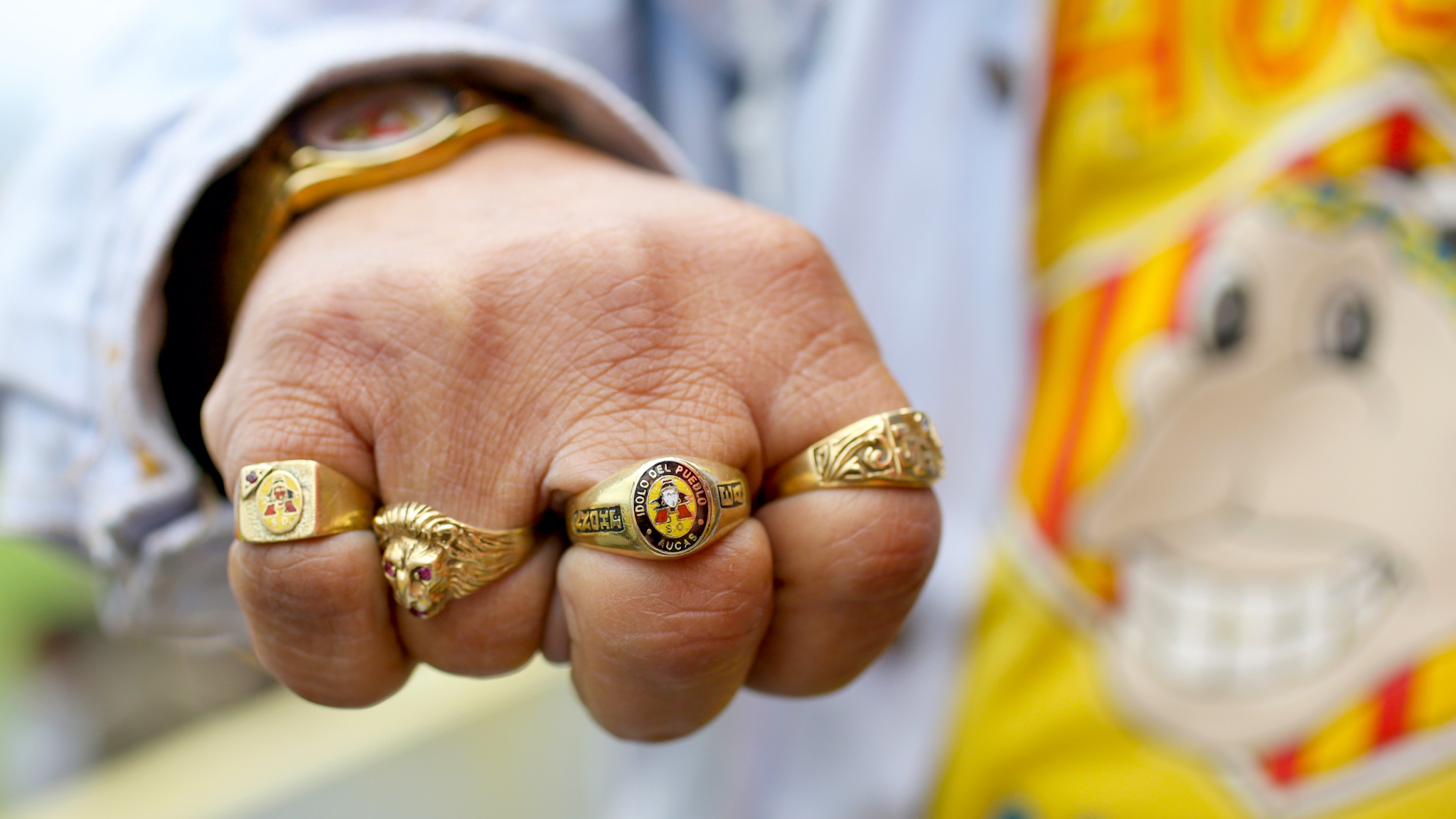 Up until 1970, Aucas was the most popular team in Quito, thanks to an early string of successful years in the 1940s, including winning streaks that lasted almost a decade. This was before international competitions existed, and the team hadn’t become an official national champion. As continuous failed seasons followed, the fan base naturally diminished… For years, witnessing the sheer sentiment the remaining fans have for their “Papá Aucas” (Daddy Aucas) just goes to show where the city’s fervor for this sport really stands. The team has suffered the most relentless sustained crises any football club could ever hope to endure, holding on to professional standing by a shoestring, but a surprisingly tight group of fans never faltered and came out to crowd the stands, Sunday after Sunday, playing their trumpets, banging on their bass drums, dressing in drag, invoking their glorious past in hopes of winning the game… Well, yesterday, November 13, 2022, a miracle happened. Aucas clinched their first ever Ecuadorian Serie A championship! A well-deserved historic moment!

In recent years, executives had brought high-end coaches such as Bolivian-national football hero Marco Antonio Etcheverry or Argentine “El Turco” Assad, a household name in the Latin American football scene. Even ‘bad boy’ Jaime Ivan Kaviedes, arguably one of Ecuador’s most talented players, if not the country’s most controversial sportsman, donned the screaming yellow-and-red Aucas jersey, patiently awaiting for the glorious revival of Ecuadorian football’s Phoenix. But nothing seemed to work; until a humble, unsuspecting squad of young players and a young Venezuela coach Victor Farías made the dream come true. At the stands, hundreds of old-timers couldn’t believe their eyes: their childhood team had done the impossible.