At the Foot of the Carihuairazo: An Andean Adventure with Toyota

For our adventures southwest of Ambato towards Carihuairazo, passing through Tisaleo and Mocha, we took the 2018 model Fortuner out for a spin. The car is never happier than when surging across green hills on dirt or cobbled roads, allowing us to research this route with safety, comfort and confidence. 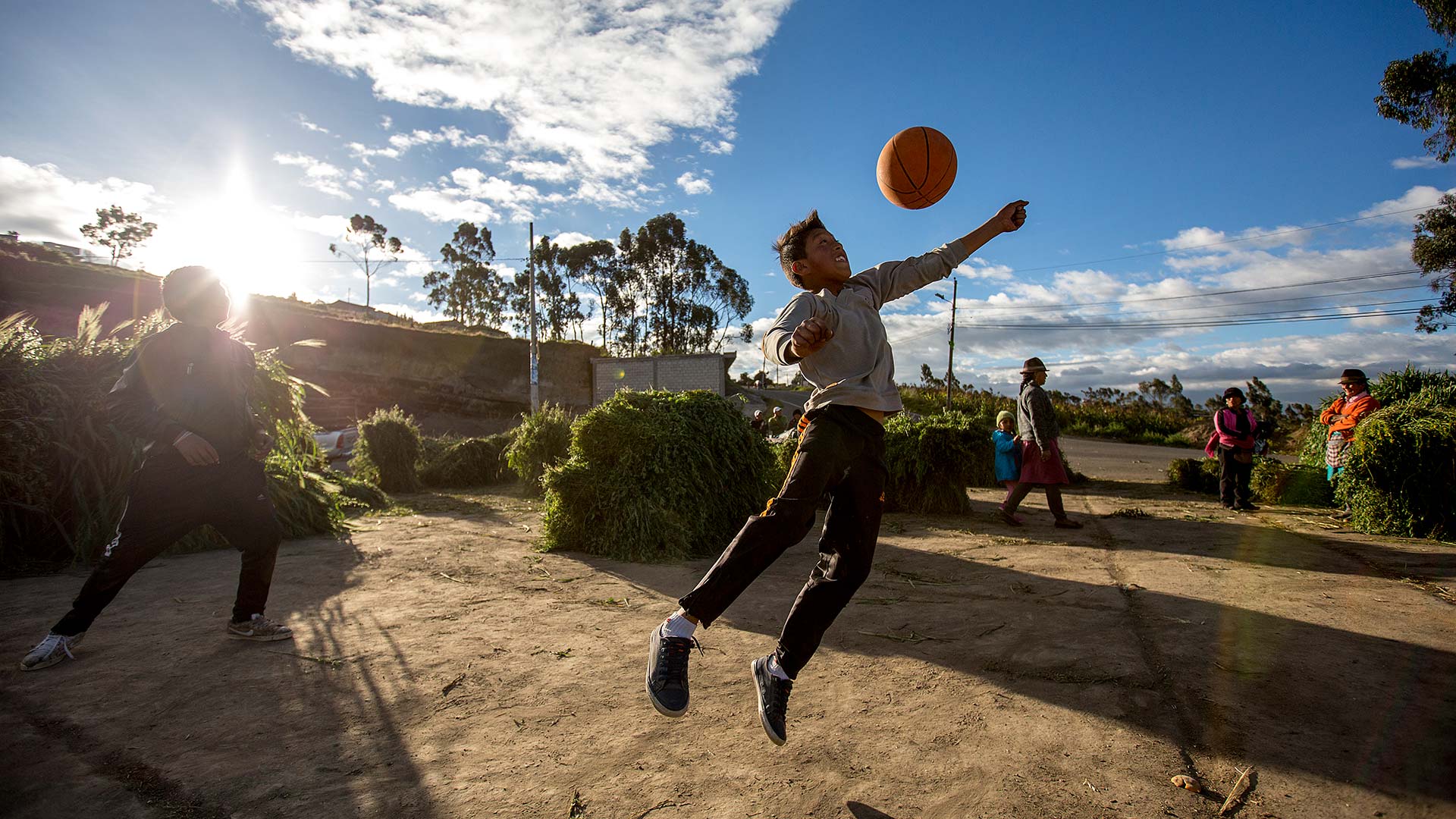 This is the land of the Inga Palla, a festivity that transports us back to the historic clash between the native forces under Cacique Tisaleo and Spanish troops. The celebration also has its religious aspect, since part of the program is an homage to Saint Lucia, Our Lady of Sight, who according to the locals appeared in the neighborhood of El Relleno, where the theatrical mock battle between the Conquistadors and the Indians is staged. Saint Lucia is the town’s patron saint. Some say they see her dancing every October, the month during which the festivities take place.

Tisaleo enjoys a privileged location. Livestock and agriculture dominate. Agritourism has grown over the last years, inviting visitors to learn about the varied crops, sowing and harvesting, caring for ornamental and medicinal plants, and raising animals, all under the watchful eye of Cerro Puñalica, the natural viewpoint the neighboring parishes share.

The 2018 Toyota Fortuner comes in two models: 2.7 and 4-liter, both with advanced VVT-i engines. For our route, the 2.7 liter’s four cylinders, 16 valves and 163 Horsepower made the going easy and fun. Changing to four-wheel drive and back to two was smooth, while its reinforced chassis and 11 airbags meant we traveled with complete serenity.

On weekends, the town prepares to receive visitors. Guitar workshops are a prime attraction. Don Gabicho, as he is affectionately known in town, shares his story while we admire his saws, chisels, hammers, lathes, planes, varnishes and brushes, the tools of his trade. 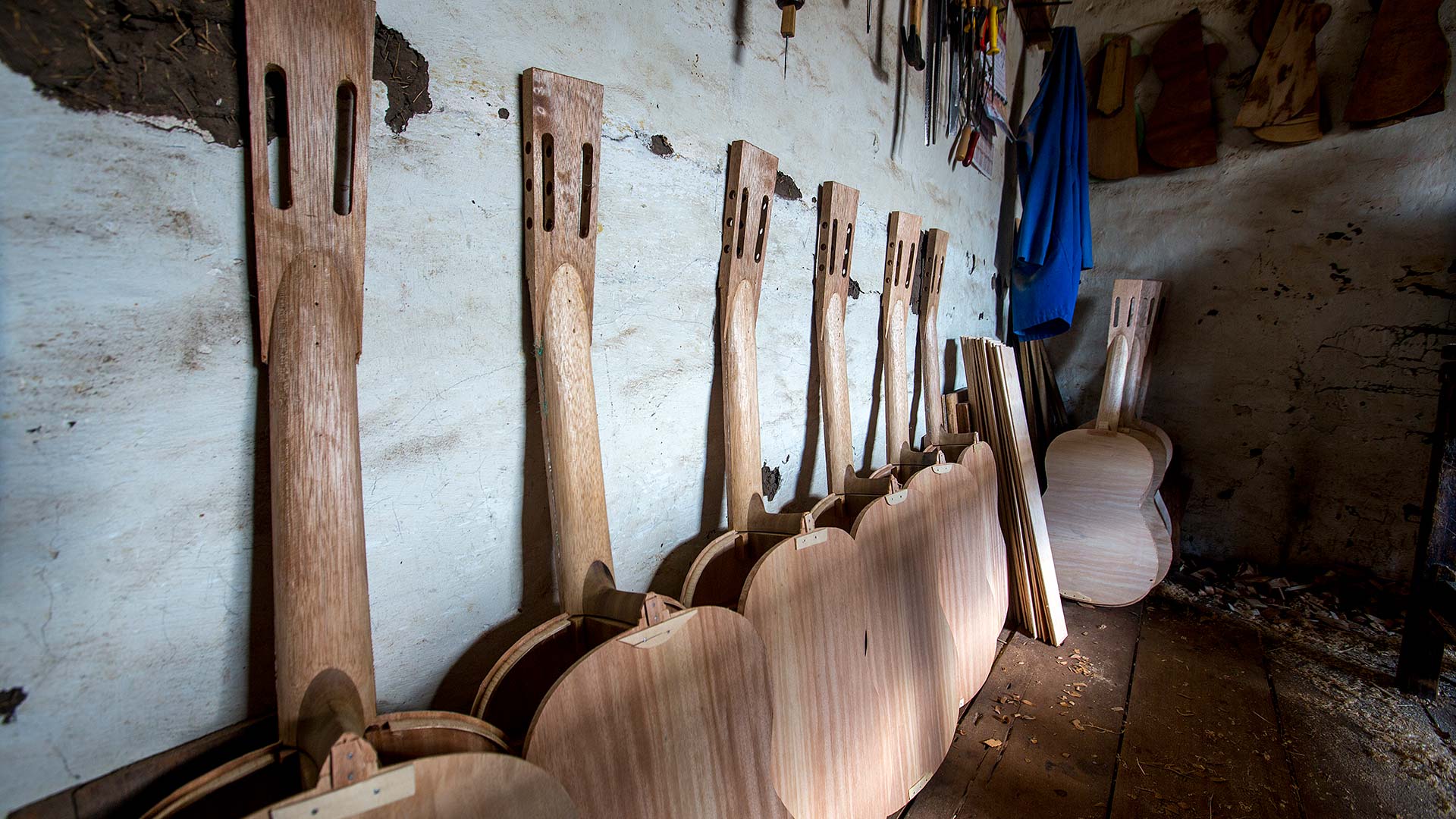 At a small square at the foot of the cemetery, locals come to buy and sell corn, wheat, alfalfa and other vegetables and herbs at the Plant Market. The rhythm of these rural domains and the lack of cars makes it feel like a world in slow motion, set in landscape of vivid greens and rolling, timeless hills. If adventure calls, and you want get closer to the surrounding nature, we recommend the “agritourism” trail towards Pampas de Salasaca. Trekking, camping and why not, with the company of a guide, climbing to the steep peaks of an extinct volcano await.

Mocha lies a short distance away. From the main square, a large sign pinpoints the volcanoes and mountains that surround it: Igualata, Tungurahua, Chimborazo, Carihuairazo and Puñalica. Its patron saint, Saint John the Baptist, has a legend of his own in these parts: when the Puñalica Hill was about to collapse on the population, the faithful local carried an icon of their saint up to it. When they placed it at the foot of a fallen rock, the entire hill solidified magically and the people were saved. The relief of the icon remained engraved in the stone. On this site, a lookout called Pie de San Juan (The San Juan Foot) was built, a place to which devotees return to every June 24 to offer thanks and ask Saint John for favors.

You can then head to the valley of Las Abras, along the boundaries of neighboring Chimborazo Province. The area also has numerous waterfalls, paths to fruit orchards, horseback riding, and a bicycle route to Pinguili. You can also find delicious freshly-made cider, one of the area’s star products.

While exploring the high roads and by-roads of Tungurahua, enjoying the bumps in the road while winding over hill and down vale, apart from a reliable co-pilot (or three) and your copy of Ñan, you’ll need a trusty companion to ensure you get to where you want to go, and back again. Toyota’s unequalled fleet of five models of off-road vehicles provide all the peace of mind that you need for heading off into the wilds – after all, the last thing you want to worry about on your holidays is your car.

Having grown accustomed down the years to making do with whatever transport we can find during our investigations across the country (we’ve hopped in the back of our fair share of pick-up trucks!), we have to admit, this was a luxury we enjoyed to the fullest.

The Fortuner was the perfect vehicle for every type of road, with its excellent suspension, powerful engine, reliable ABS brakes and superb handling. It took every hairpin bend and every mud-patch with consummate confidence, and never once struggled up a hill, despite the altitude. In fact, the ride was so smooth, half the team fell asleep in the back on the way home. There’s nothing like the peace of mind, reliability and durability of a Toyota when exploring Ecuador’s roads less traveled… 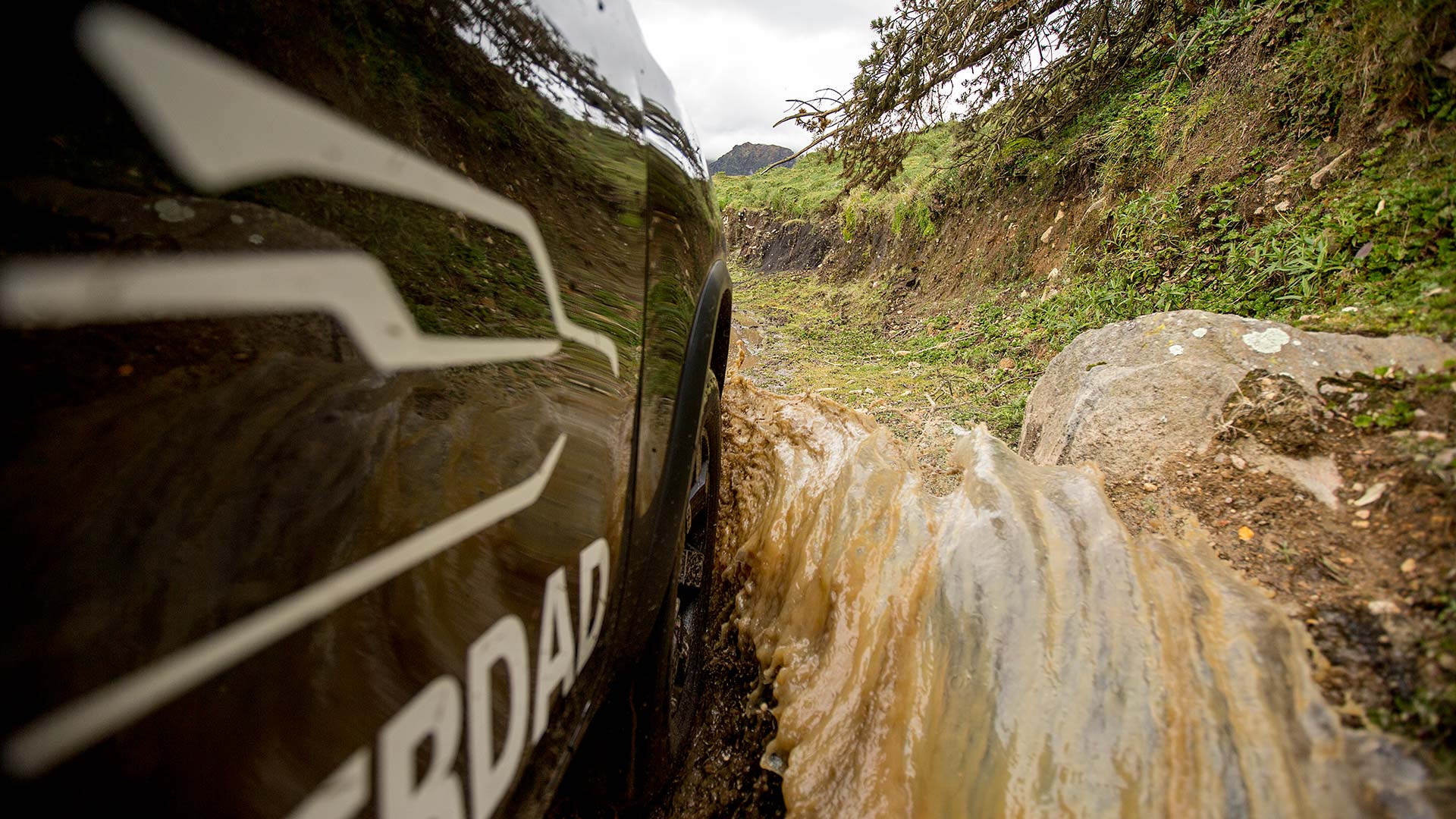 An excellent restaurant and botanical garden located at km 1.3 via Pinguili