Africa: as if this silent beach with more crabs than people could encompass an entire continent. Beyond its dense, green entranceway a wild shore awaits, where thousands of sea-strewn logs, sticks and vestiges come to rest; where Arquímedes has gathered, throughout his life, his treasure trove.
Archimedes Simisterra is not a difficult man to find. Everyone points to the top of the hill, where his shack stands. He is tall, around seventy years old, with an almost childlike laugh. When you meet him, he shows you the door to his museum, Museo San Rafael. 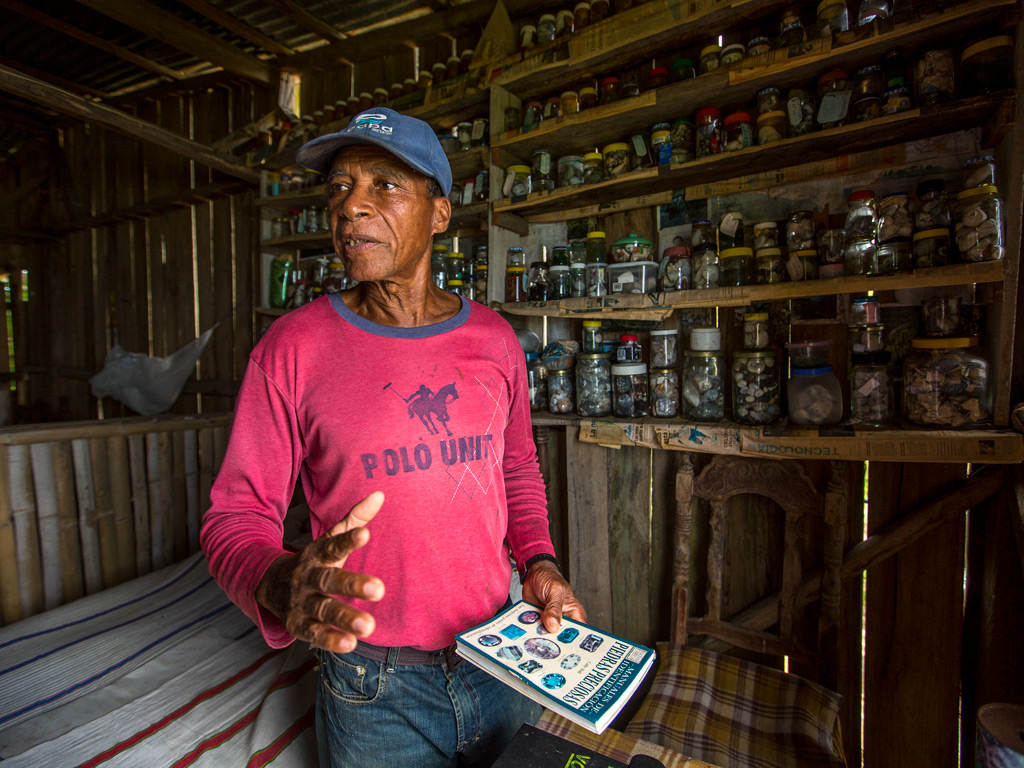 Archimedes and his fabolous Pre-Colombian art collection at San Rafael Museum, in África. Photo: Jorge Vinueza.
Inside there are tables and shelves teeming with archaeological remains, belonging to the La Tolita civilization (600 BC to 300 AD). Most of the collection is his, things found as he’s walked this and other shores along the Ecuadorian coastline. Other pieces were brought by local fishermen, which include giant conch shells, Spondylus shells, coral, precious stones like amethyst, gold and large emeralds… even a shard of meteorite!

The line between reality and myth is faint at this secluded beach, a temple of pre-Columbian society, where a single man awaits eagerly to tell it all.

“I have walked this entire world,” he says, recalling his youth as a sailor, and his journeys to Europe, Africa and Asia. But he says he also communicates “with cosmic energy” and recounts stories of extraterrestrial princesses, his friends from other dimensions and nearby caves, connected to outer worlds, to which he can take you. 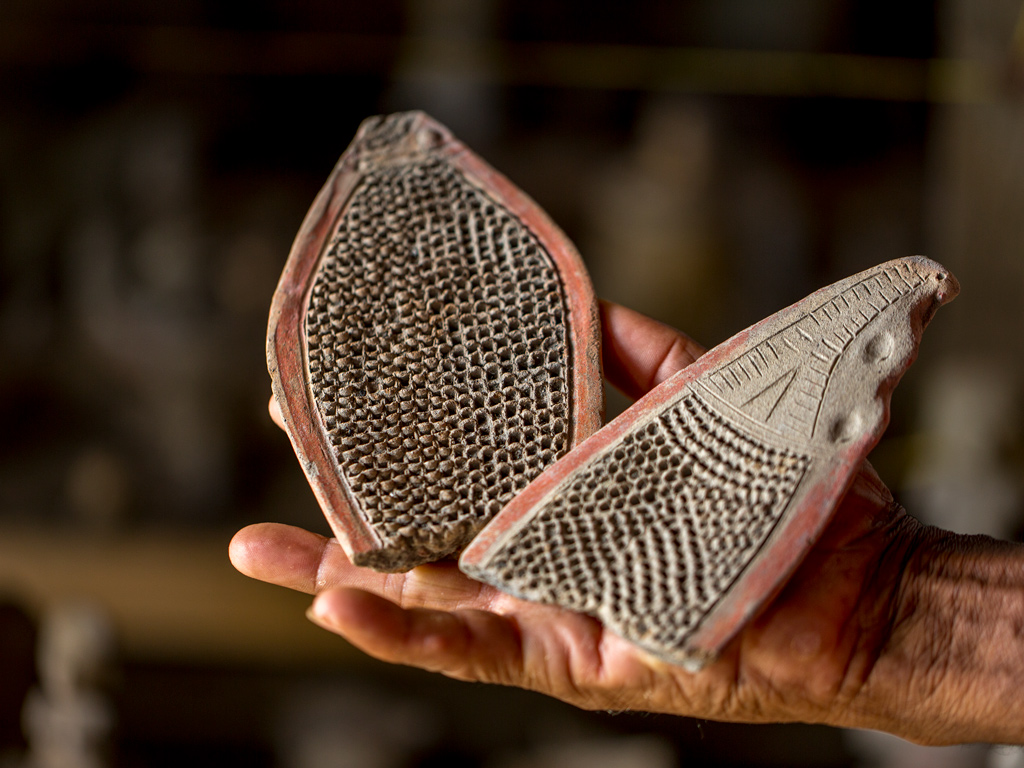 Photo: Jorge Vinueza.
It is this Africa which has been Arquímedes’s beloved terroir. And he has dedicated his life to his unique and fascinating museum. He has set aside a corner for his own bed, his books, a desk, a kitchen and two more beds to accommodate those who wish to overnight… the rest overflows with sea treasures, article clippings and a photograph of himself when he was young. When you leave, he will ask for a contribution and may gift a slice of watermelon for the road.
CONTACT: Museo San Rafael