Cuenca and its surroundings are a special place in Ecuador to check out Inca and pre-Inca archeological ruins. Here’s a rundown of some of this southern region’s most impressive finds. (So Harrison, maybe you’d like to come down to Cuenca for some Indy action (how about that sequel)!

Visiting the ruins of Pumapungo 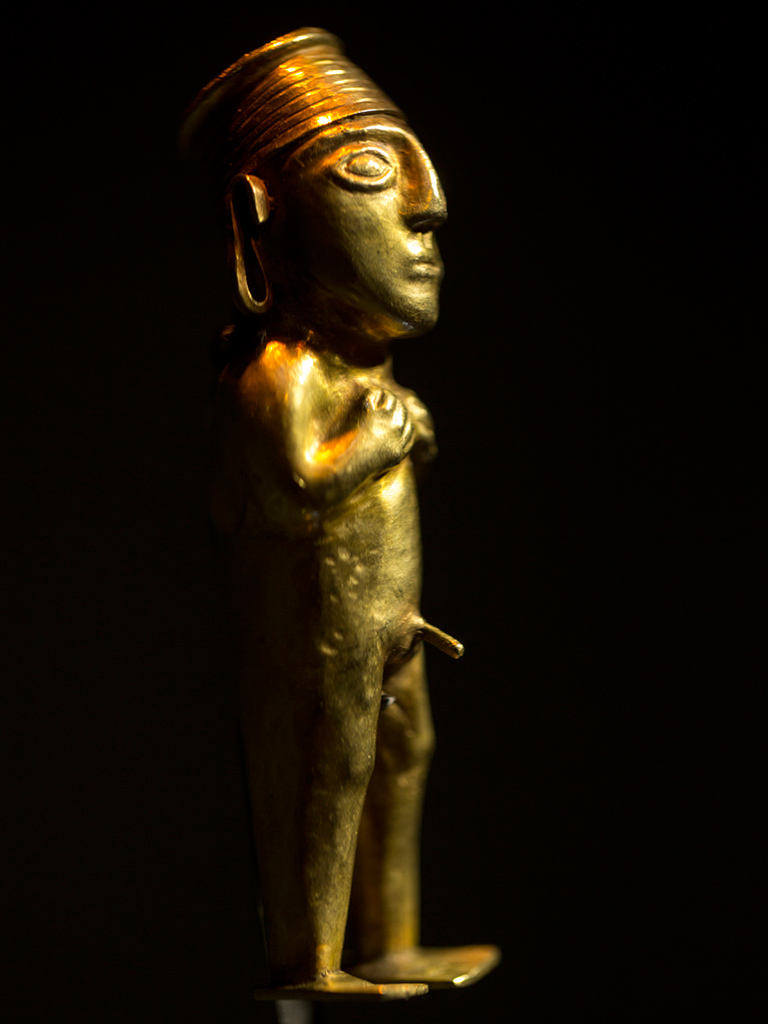 – Imagine Indiana Jones sneaking this baby out past the angry dart-throwing guards at Pumapungo! –

Pumapungo is one of the few archeological sites in Ecuador that sits in the middle of a major city, and it is certainly the most impressive. Quechua for “The Puma’s Gates”, this site immediately brings to mind what a typical Inca hill might have looked like, with classic irrigation channels and stone-lined farming terraces facing the morning sun. With an ancient 30-meter-long tunnel (100-feet) —apparently created to link to the underworld— you might see it as the bellybutton to Pumapungo Hill’s belly!

The site also boasts a parrot rescue center with birds squawking their way through life, and a botanical garden brimming with local plant diversity set uat the foot of the hill.

Parque Arqueológico Pumapungo, one of the most intriguing, beautiful and relevant city parks in the country.

Before you head out to see the ruins, however, it’s worthwhile taking a visit to the Ethnography wing of the Pumapungo Museum (which is actually the site’s main entrance), which explains the layout of the Cañari territory before the Inca Conquest and displays an impressive collection of archaeological items from pre-Columbian times.

About an hour-and-a-half north of Cuenca, you will find Ecuador’s most important Inca ruins, the archaeological site of Ingapirca. 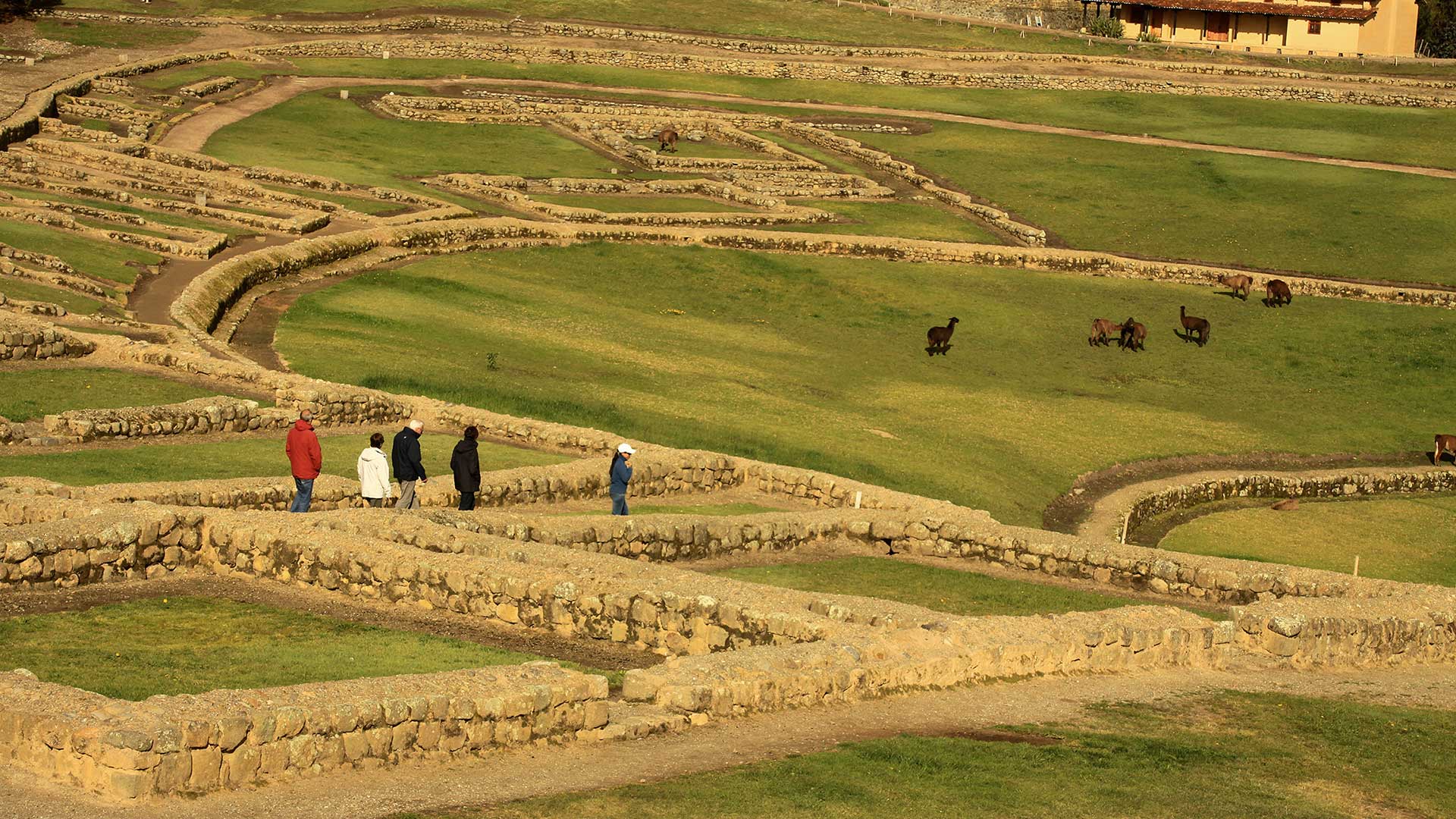 Ingapirca, only five minutes away from this site, is fascinating. Its prominent, circular Sun Temple lies at the heart of the complex, and one can truly evoke the architectural and cultural greatness of the Inca culture standing on its terrace and peering about its niches and beautifully-carved stones. Strolling among the constructions, one can imagine living quarters and sacrificial halls of the ancient past, and you can also walk the trail system around the outlying hills and woods, to the famous “Inca face”, a particular geological formation that looks like a human profile. 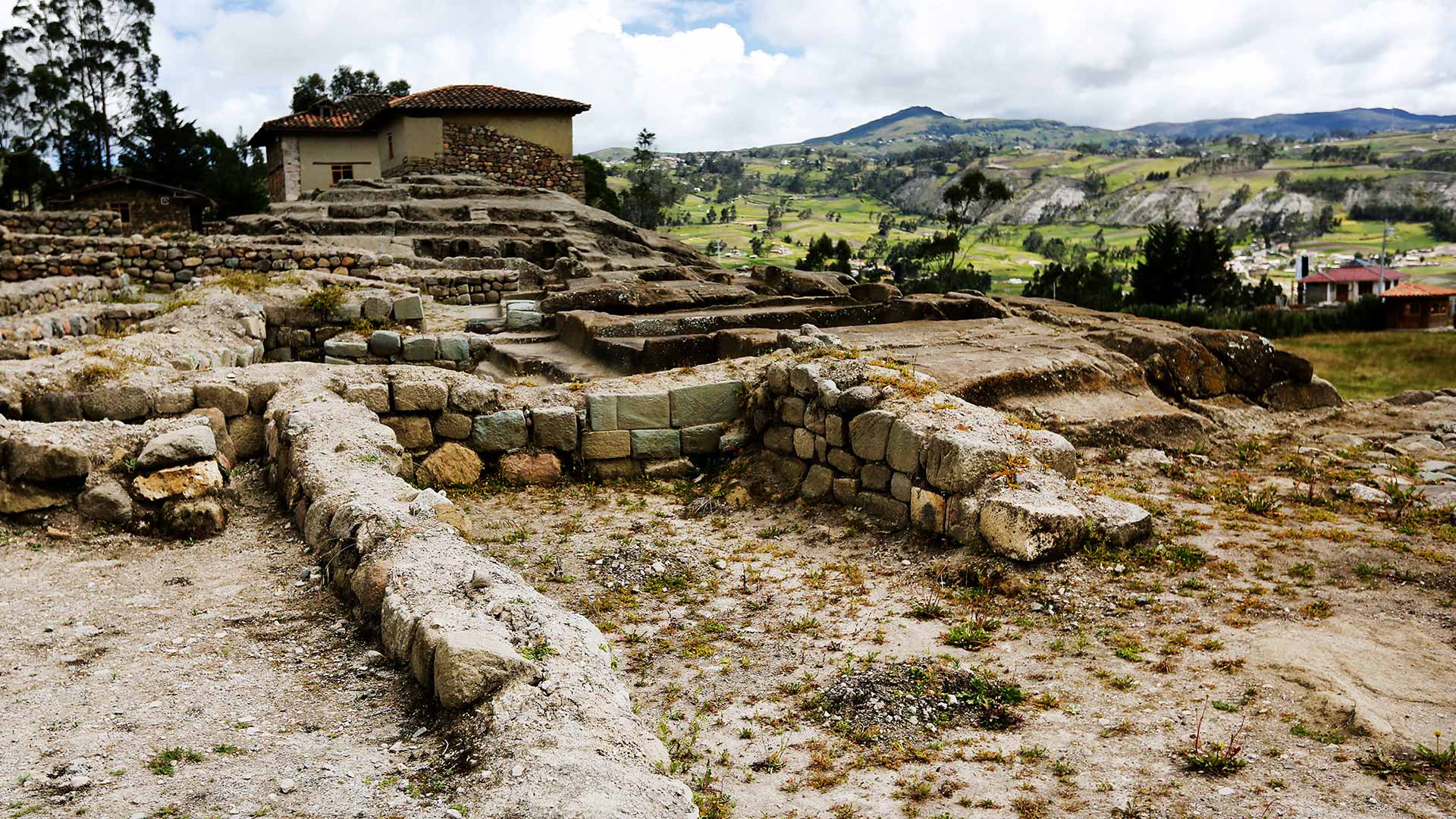 If you make it up to Ingapirca, you will probably want to combine the visit of this fabulous archaeological site with the train that connects the town of El Tambo with Coyoctor, where the “Baños del Inca”, or Inca baths are located (very interesting ruins, indeed).

The staggered/terraced formation of stones and earth of these ruins —which, although small, is still impressive—reveals ancient pools that presumably were used for rituals and ceremonies (many believe they were actually connected to Ingapirca itself, given the short distance between the two sites).

The archaeological complex features a library and a museum with pieces from Cañari and Inca civilizations.

From El Tambo, the town from which you climb up to Ingapirca, there are also remains of a Cañari cemetery, known as Pinshul.

For some Indiana Jones extreme adventure: in the south of the province of Azuay, past the town of Oña, take a dirt road to the Encañonado del Río León up to what some call Oña’s “Ingapirca”… an old, unknown construction lost in time and space, surrounded by an unfathomable mountain setting.

The 3-day trek from Achupallas, in the southern outskirts of the town of Alausí (also well known in the Ecuadorian tourism circuit for being the station from which to embark on the Devil’s Nose train-ride) to Ingapirca has been dubbed by many as the “Inca Trail” and is one of the country’s most enticing treks. It crosses the Nudo de Azuay (the Azuay Knot), an inter-Andean Pass that makes its way south over what was once a full-fledged Inca road (considered by Alexander von Humboldt, when he visited in the early 1800s, to be as spectacular as the Roman ruins he encountered in Europe). 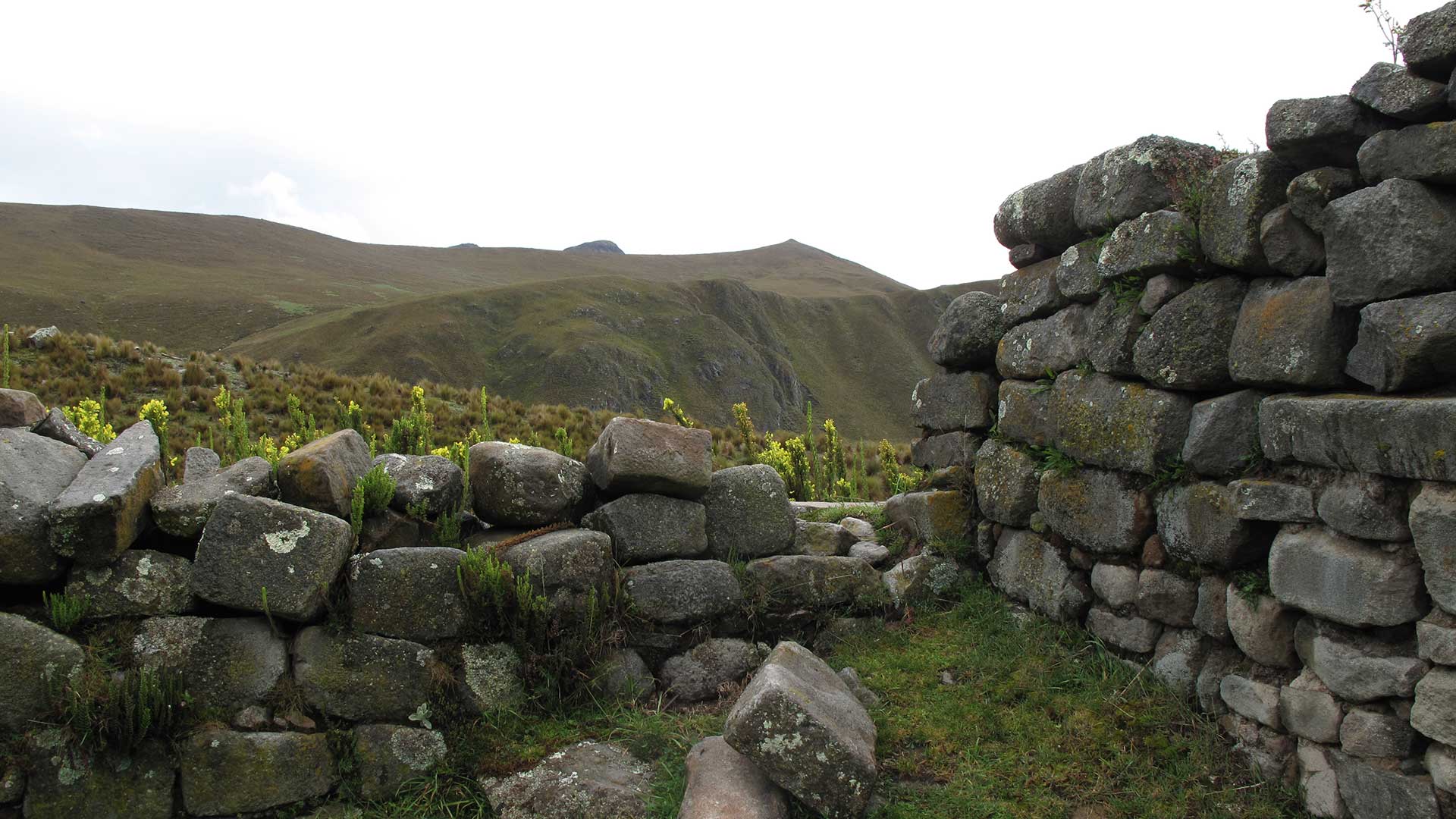 – Stones, some standing, some laying about the ground, at Paredones –

Sadly, 500 hundred years of Colonial rule and “progress” have stripped it from its former grandeur, as much of the stones and walls have been used to build nearby homes, buildings, cobblestone roads, even churches.

The trek takes you past the “apachitas”, sacred spots along the trail where passersby are expected to leave stones in honor of the gods. Over the years, these have turned into large mounds of rock.

Probably the most important site on the trail is that of Paredones, a pre-Inca construction that still stands (though seems to be getting smaller as the locals steal the stones) near the beautiful Lake Culebrillas. You can camp at the site and revel in the awe-inspiring landscapes that surround it.

Cojitambo has become a well-known rock climbing site, but the hill itself still presents similar (yet smaller) Inca terraces like in Pumapungo. You can find an ancient stone construction there and the place serves as a remarkable viewpoint for the entire Cañar and northern Azuay landscape. It’s a must-stop for any visitor in the area, which can be combined with the beautiful church of Biblián, amazingly built against a mountain. 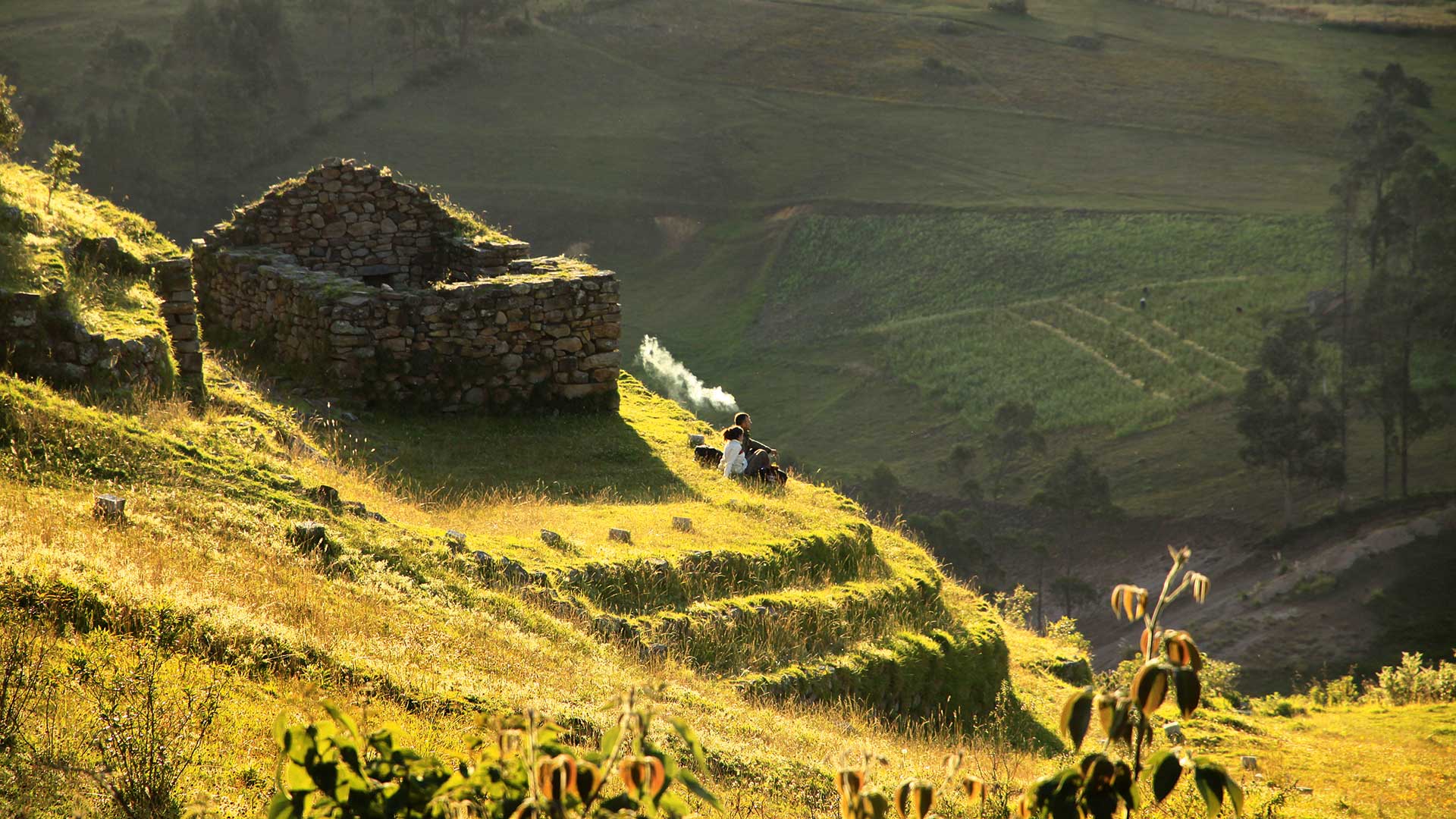