Anything but idle hands…

There are two important misconceptions in the English language—French fries aren’t French and Panama hats aren’t from Panama. The vast majority of these last items are made in Cuenca, Ecuador. They were actually invented on the Ecuadorian coast, in a small town called Montecristi in the province of Manabí, but the hard-working, highly perfectionist and smart business-minded nature of the Cuencanos has since made the industry their own.

The so-called “Panama” hat is found by the trillions throughout Cuenca and its outskirts; there are at least two museums dedicated to its craft and history, a pair of Goliathan models competing for Guinness-status as the largest in the world, and sombreros in just about every color, shape and weave possible. In Ecuador, they are of course not called Panama Hats at all – we could begin by rejecting the misnomer- and are generically called “sombreros de paja toquilla”.

Paja toquilla is a strand of a particular species of palm (Carludovica palmata) that is sun-dried (sometimes even for months) and woven into distinctive exportation headpieces –the finest of all can be folded into a matchbox!

The paja toquilla enjoys its share of mystique, from the fact that the most refined are crafted ex- clusively under overcast skies, to their supposed dependence on Hollywood (many will tell you Ur- ban Cowboy and Indiana Jones created a bountiful revival, although statistically, one of the all-time record export years is 1977, before these movies came out, with 5 million sold worldwide). 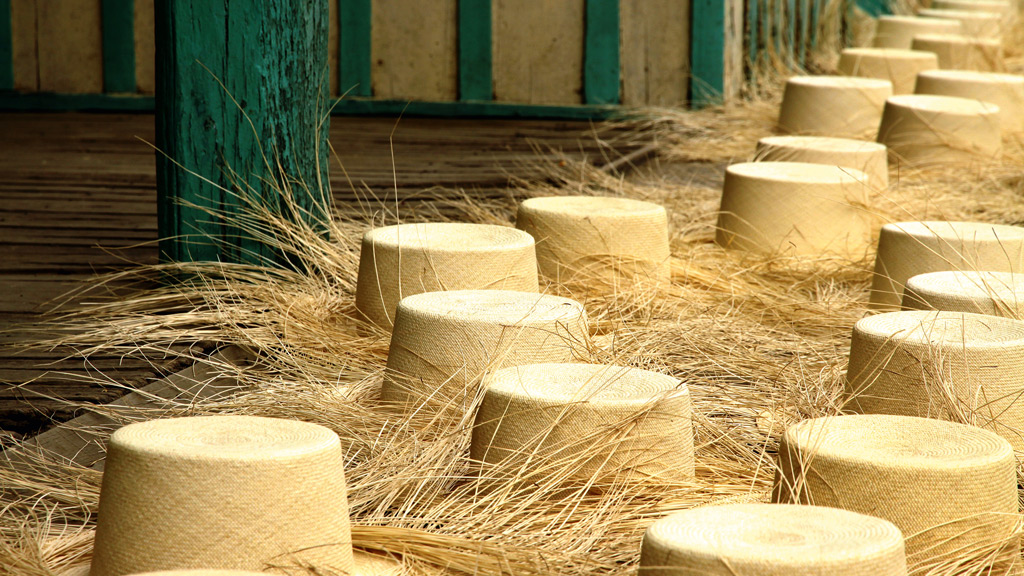 The “Ecuador” hat was once the most coveted accessory in Latin America, made famous by a 1904 photograph in which Teddy Roosevelt sported one on a visit to okay the Panama Canal. The hat would then continue to become one of the most important economic boosters in the history of Cuenca.

Yet it’s a curious fact that this profitable and world-renowned folklore craft item did not create a commodity-based society. It’s actually quite the opposite. Cuenca is the type of place where everyone specializes in something else, from weaving, embroidery, jewelry, masonry, blacksmithing and tin-tinkering to fine pottery. It’s an artesano’s world, a place where arts-and- crafts dominate high and large, with an added reputation: Cuencanos have good taste. 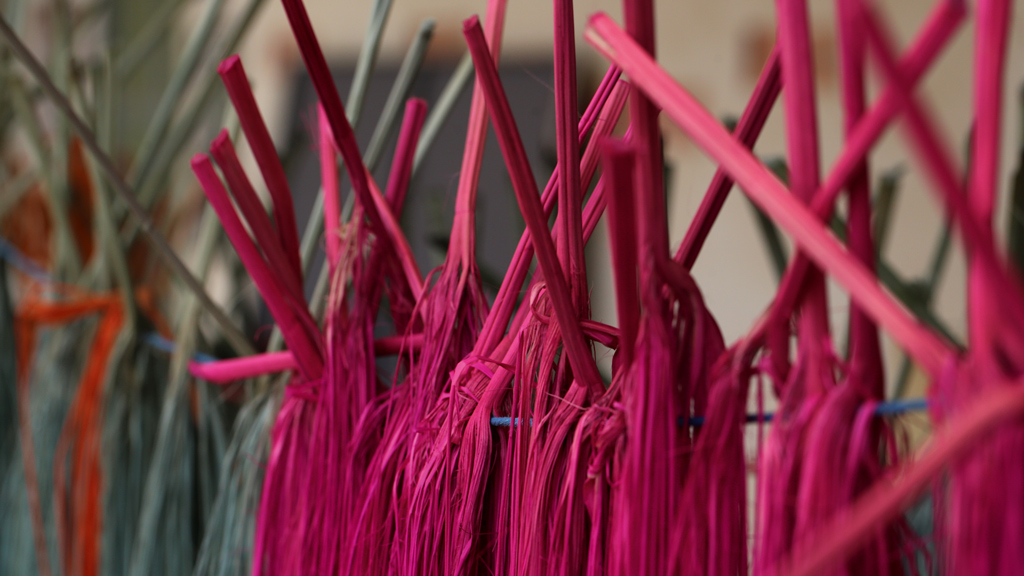 Ivan Encalada, your everyday civil engineer specializing in mining technology, produces one of Cuenca’s specialty ceramics made with “black clay”. His father, José, who like many Cuencano artisans did not inherit the tradition but taught himself its techniques, “invented” the unique material. He has now ceded its development and merchandising to Iván, who has taken the responsibility on in part as a hobby, in part to honor his aging father.

Beneath the family home, and beneath most homes within the “Convención del 45” neighborhood where the family lives, the residents found clay deposits and thus the trade developed. Today, the Encaladas have set up a friendly shop where you can purchase decorative and utilitarian items, and see the family at work, father José molding a ceramic pot, Ivan’s sister painting a vase.

“I’m quite excited” Ivan confessed during our visit, “this year I’ve organized the first Clay Festival, which will take place right here at our home”. It sounds like a nice, down-to-earth neigh- borhood gathering, a sort of ‘open house’ affair. When not out on his real job, analyzing mineral compounds and mine operations, Ivan spends much of his free time getting the members of the community where he’s appointed together.

He organizes improvised workshops to teach them the art of pottery. He always starts them off from the beginning: “I first tell them: ‘Ok, so what’s your soil like… let’s go see what we’ve got to work with’. We analyze their raw materials, which could feasibly be the ground they walk on. The thing is, if you can’t get immediate access to descent quality clay, you can stop right there, it’s too expensive to buy it from a supplier and hope to be able to sustain production… If we have the clay, we’re good to go”. Ivan’s eyes light up suddenly, “And the communities then get incre- dibly excited. It’s a beautiful thing go.”

At his Clay Festival, he’ll be bringing together some of these student communities along with established pottery producers from the rural areas. He looks around and tries to envision how the place is going to look, convinced it will be an important event, much needed, in reality, to help revive a trade that could always use a boost. 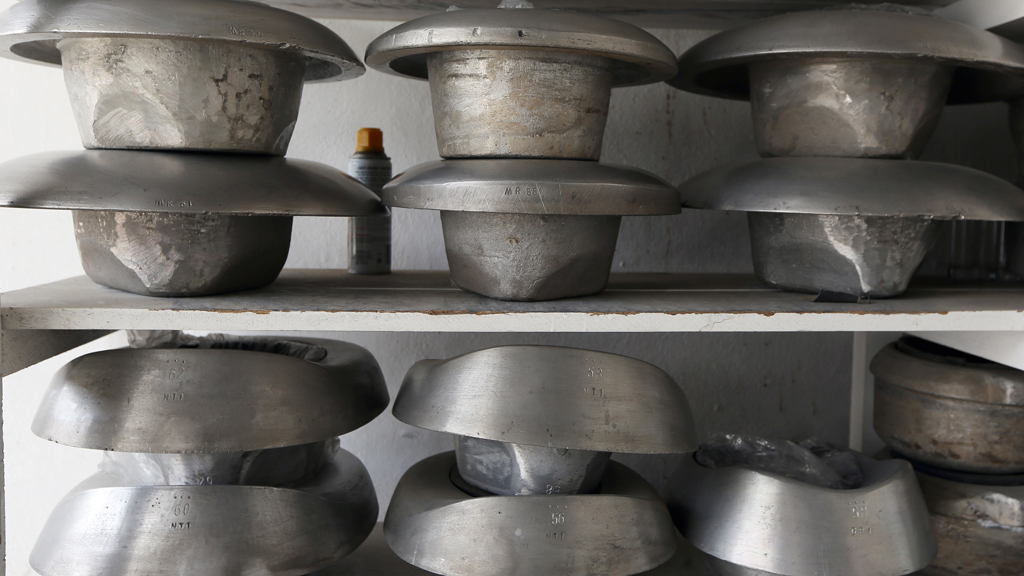 You do get a feeling, after talking to people and noticing how hard they work to commercialize their products, and how much they worry about the future, that even if Cuenca supports such an important crafts tradition, there is always a lot to do to sustain it. Cuencanos are doubtless industrious people.

They’ll figure it out and invent ways to defend their livelihoods and continue to respect their traditions. It’s a city that holds a surprising history, a history of Cañari metals- miths, a history of backstrap weavers, a history linked to Amazonian potters, some of the most ancient in the Americas, a history that without official classic art schools until the 19th century, created spectacular spontaneous colonial sculptures and paintings, a history of motifs, of fine embroidery, of self-taught artistic endowment… And that seems to be the underlying principle among Cuenca’s crafts: they are driven by hardworking, talented, innovative and anything-but-idle hands.