The road that runs from La Concordia (Santo Domingo) to El Carmen, also known as the “Golden Gate” (or ‘puerta de oro’) to Manabí province, begins to define the coastal realm of Ecuador’s geography. The most obvious change is in the vegetation; not the native forest that once thrived, but that of extensive African palm and banana plantation sprawl everywhere you look.

Once in El Carmen, we continue on a narrow path to the home of Anelio Loor, a native of the small town of San Isidro. He owns a relic here: a small piece of forest surrounded by hectares of monoculture and cattle ranches. 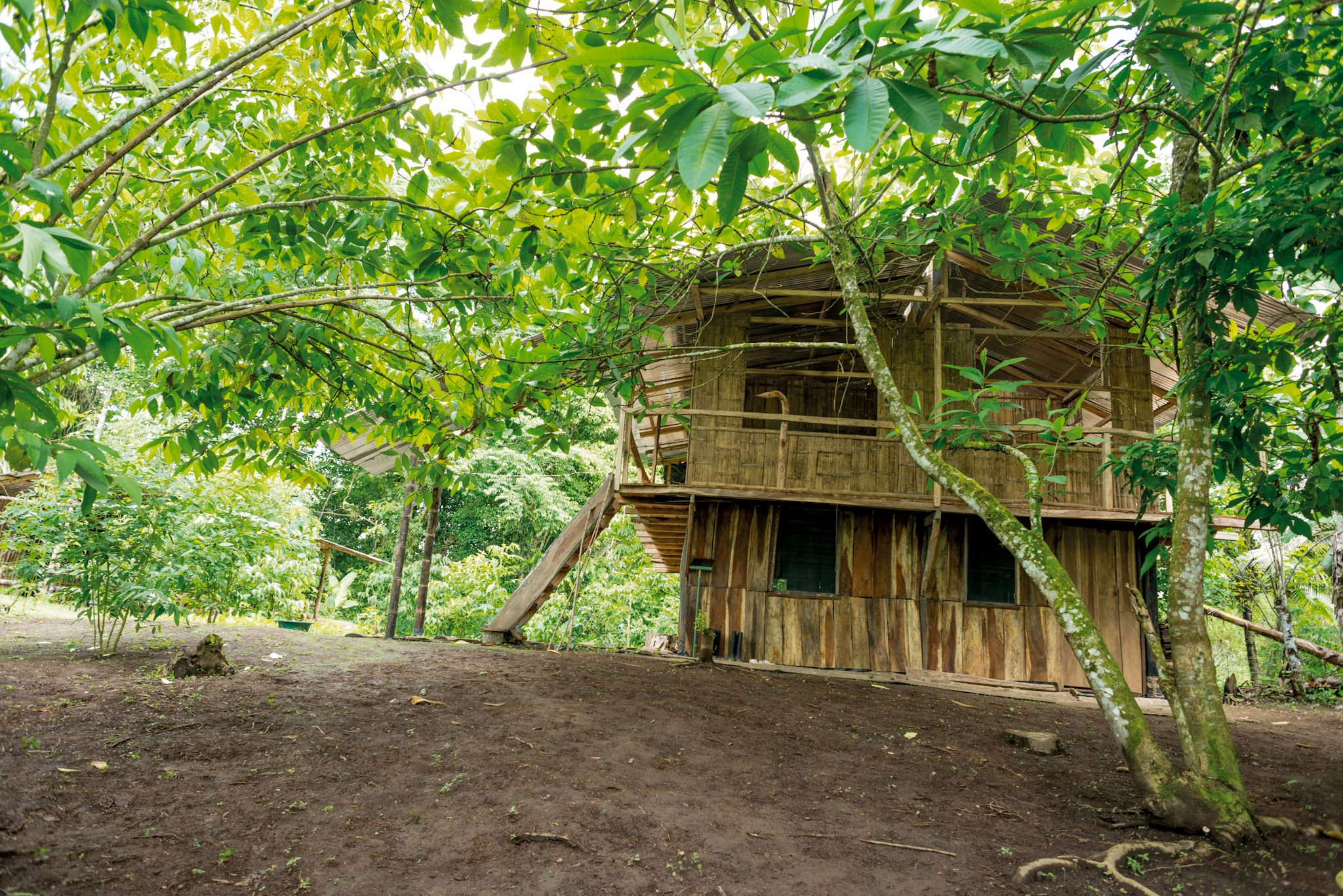 “Welcome, let me open my electric gates,” jokes Anelio as he sees us arriving, and thrusts open a large wooden fence he built to delimit his property. As he does this, a true oasis unfolds, only that instead of a desert surrounding it, we have raised grasslands, and instead of a palm-fringed lagoon, Anelio’s forest teeming-with-life.

All outlying land is destined exclusively for commercial use. If one can make out a native palm tree rising alone above the landscape, it seems like a miracle. But botanist Thomas Couvreur, who has come this far to conduct an ongoing study of Anelio’s forest is clear: “these are living cemeteries… those palms will not procreate; the loneliness you see out there basically marks the end of a lineage.”

Anelio has basically done the opposite of his neighbors. He has ensured that the palms (and dozens of other tree species) have a chance of survival. For some scientists, Thomas included, Anelio is a true conservation hero. Despite not being part of the scientific community, he protects his ecosystem through thick and thin. 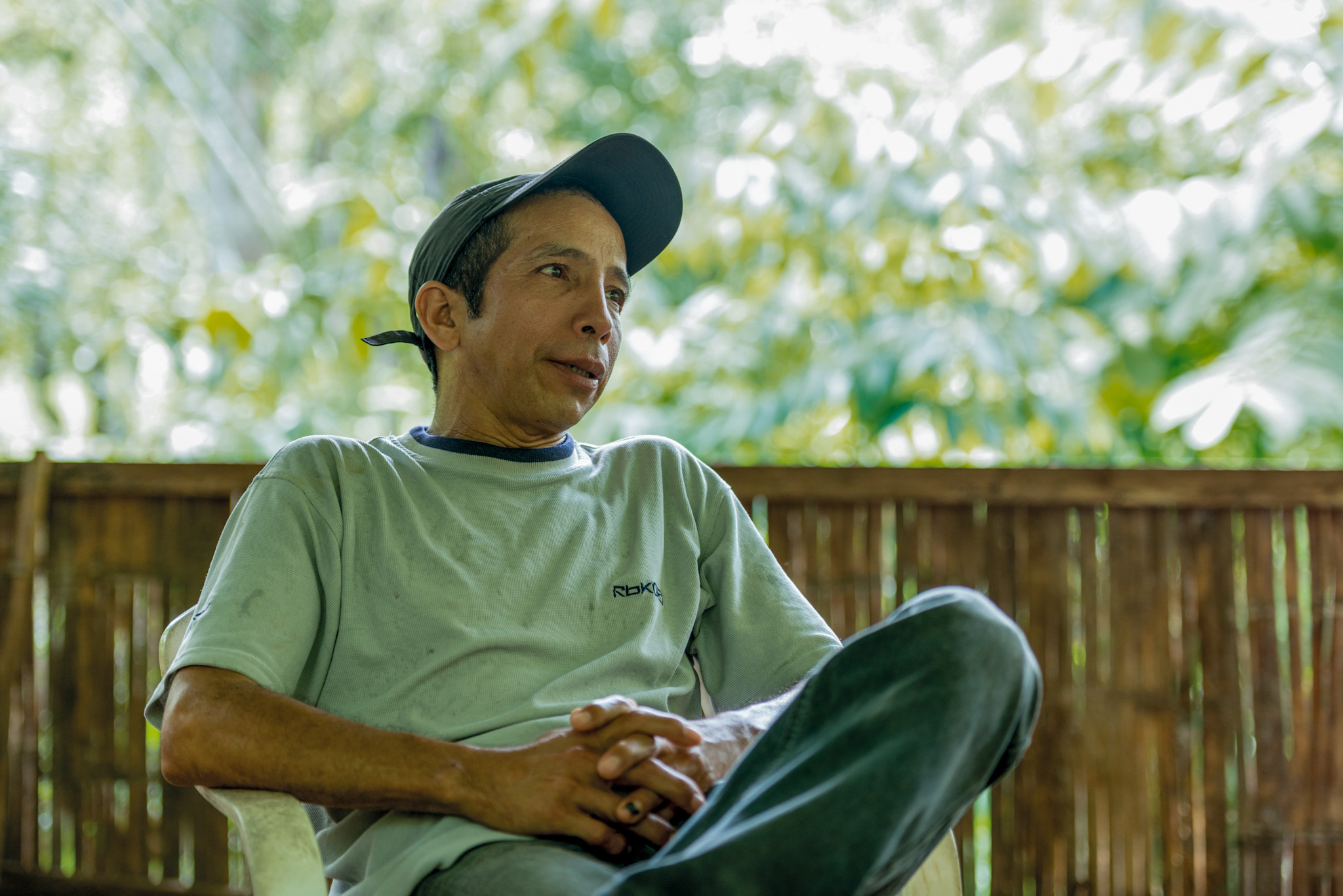 “These lands have belonged to my family for years,” explains Anelio: “and little by little, this forest became the only one not to be cut down.” We are in a ‘conference room’ he recently built. He seeks financing for his conservation project, but he knows it won’t be easy. Only two neighbors are concerned with conserving their land as Anelio is. “I’ve been a sad witness of how it was all felled,” he adds, inevitably shedding a tear when thinking of how disconnected from nature we’ve become as a society.

A tunnel of trees

We prepare to ‘crack’ the forest’s haunting vault; the surrounding greenery reverberates from within, hiding a plethora of life behind its curtain of leaves. It is hard to imagine what this could have been like when, instead of three hectares, there were 15,000. Still, the biodiversity is vast. Anelio has been collecting information from this site for many years now, ultimately shedding light on how important it is to preserve. Given the surrounding habitat destruction, an ‘oasis’ such as this is vital to the survival of many populations of unique species. Over a hundred bird species have been recorded; spider monkeys, howler monkeys, ocelots, hundreds of species of plants… “It is a perfect ecosystem for conservation, in a region where nobody is thinking about this, where the agricultural frontier has no more borders to clear, except for here…” says Thomas. 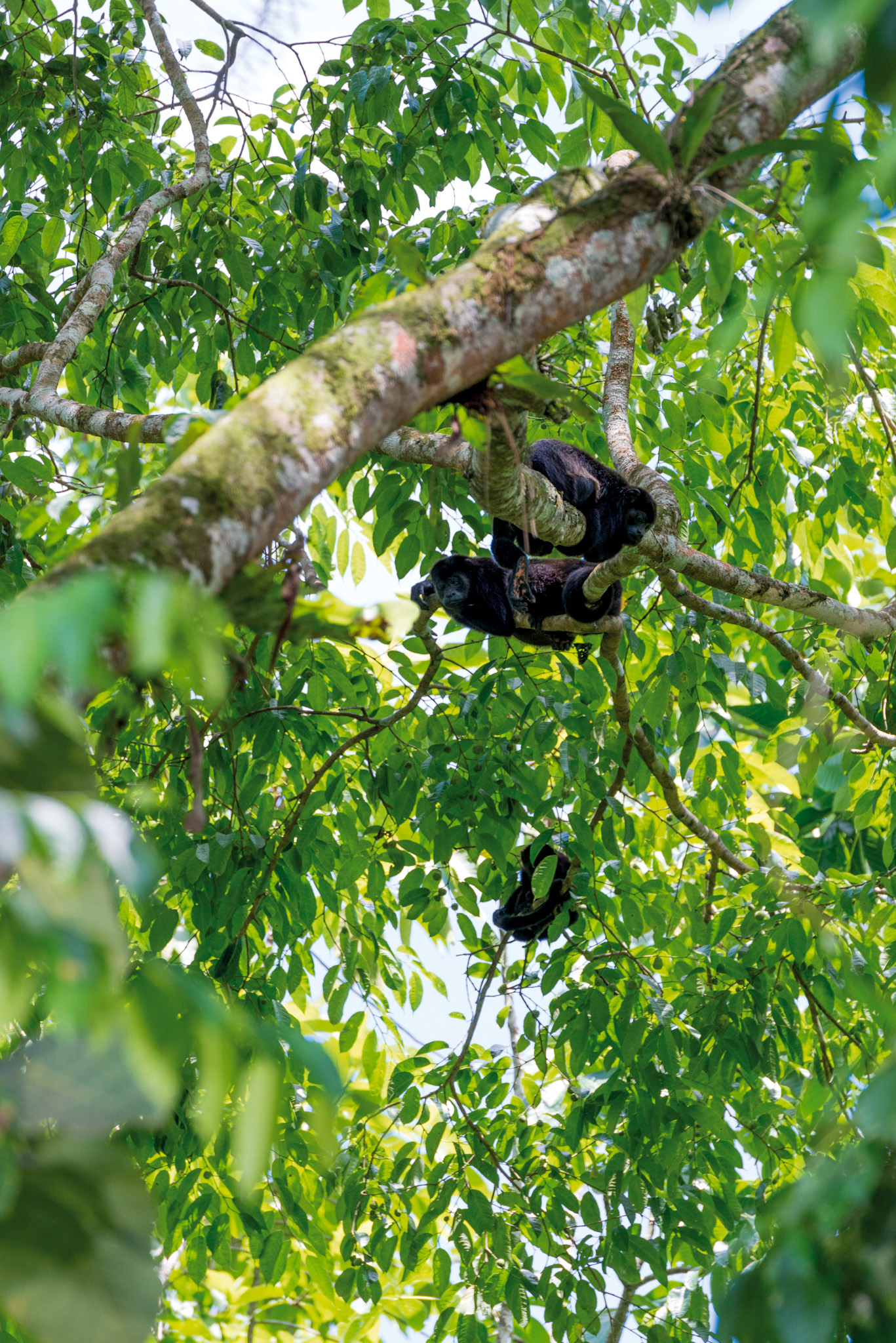 One can say that the forest will allow for regeneration of flora and fauna… but water sources are not being protected. “Actually, the entire environment is collapsing,” explains Anelio with disappointment. Some palm species (such as pambil), rubber and mahogany trees are disappearing. There are individuals that could indicate that this is not the case, but the reality is that the surrounding soil is drying from within and will not allow the habitat to continue reproducing. Each tree is home and sustenance for birds, mammals, insects, reptiles, and amphibians… that will eventually be forced to search for new spaces to procreate, none of which can be found in the immediate area, thus putting them face-to-face with extinction. 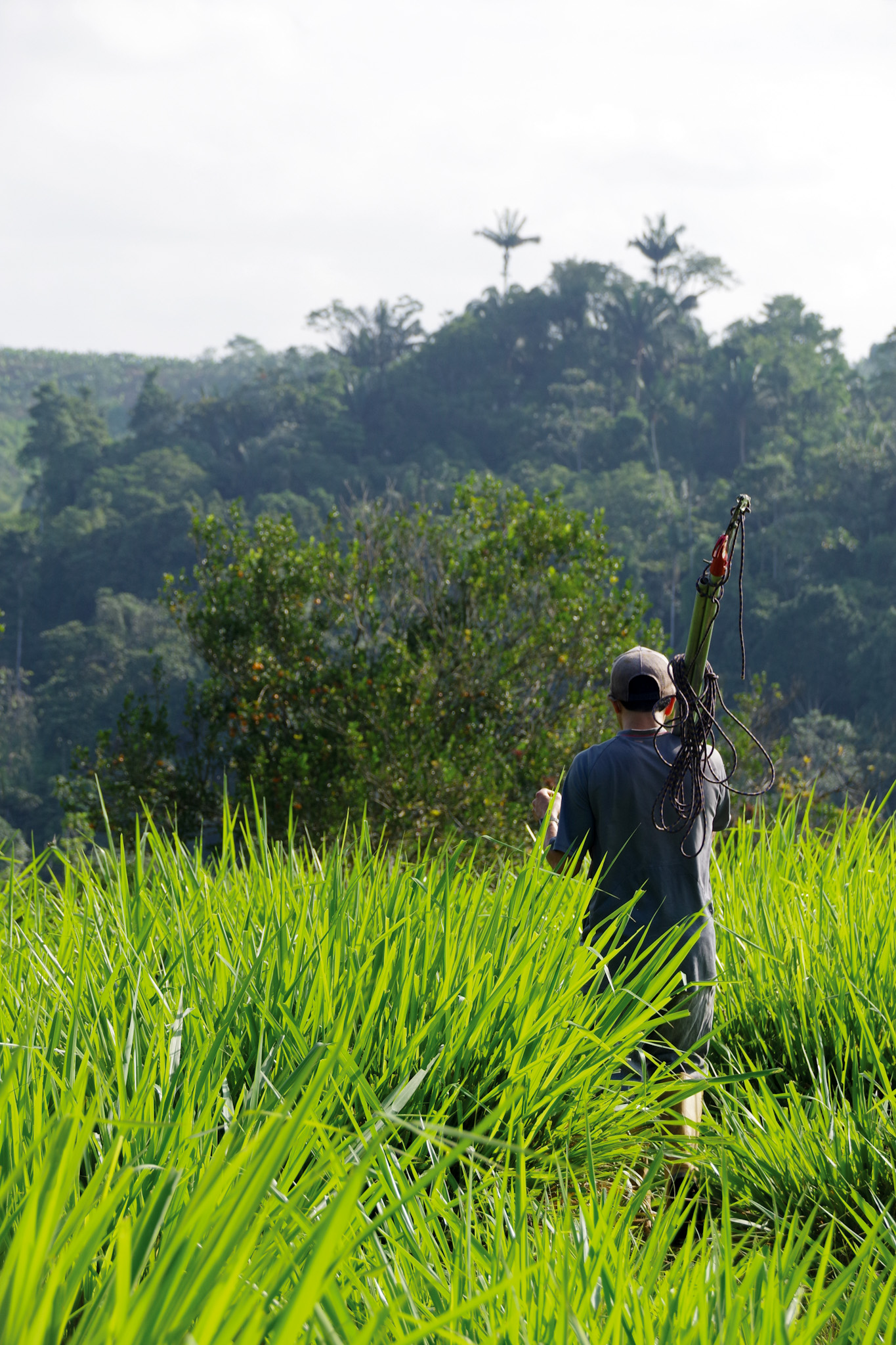 Thanks to Anelio’s dedicated work, things could change. Through species reinsertion programs in collaboration with other interested institutions in Ecuador, the loss and isolation of this forest could be countered. Anelio imagines an awareness center with hiking activities, talks, and volunteer programs, ethical and responsible tourism, all hoping to broaden the local community’s vision, converting them into true agents of change. 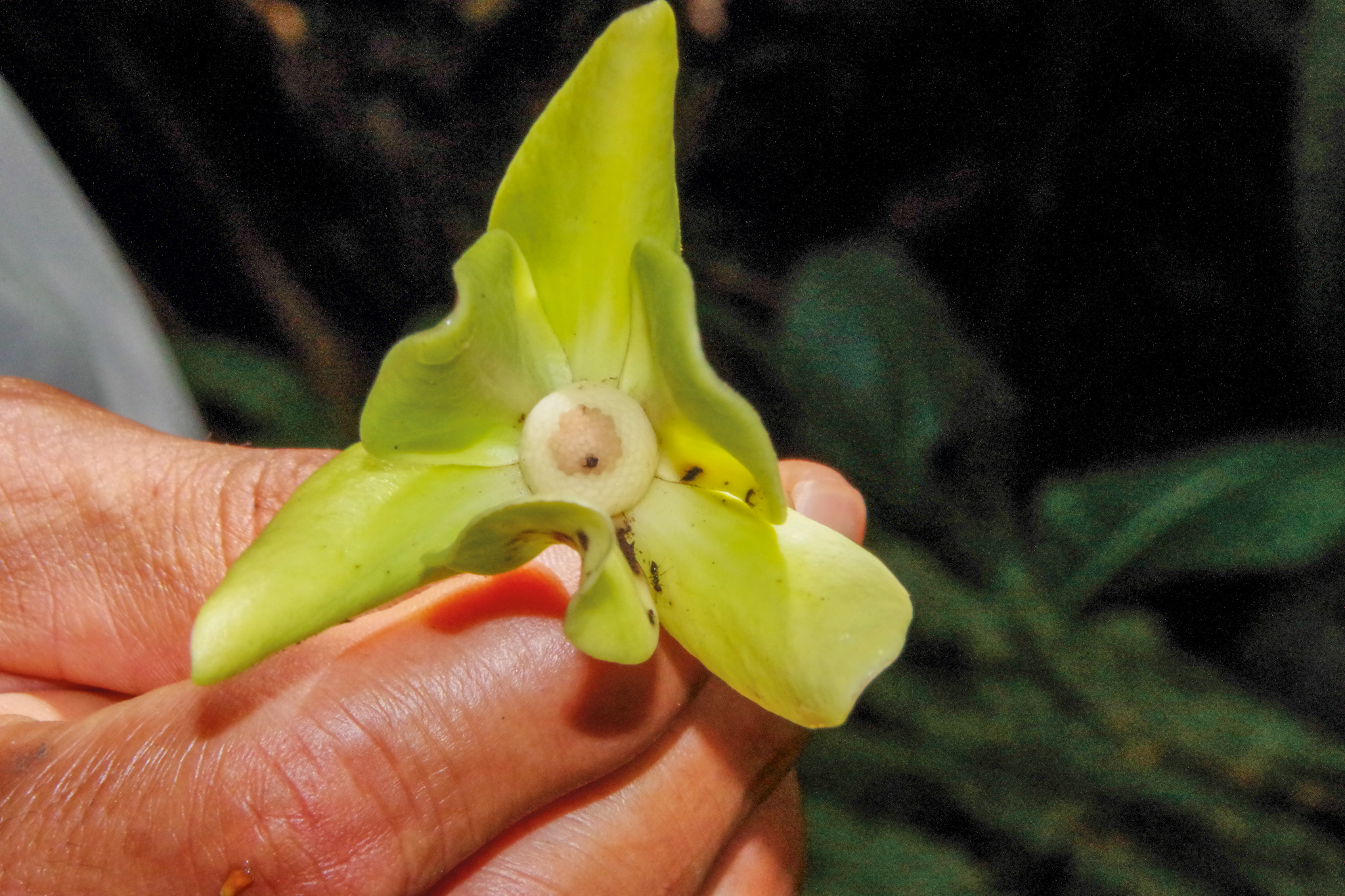 Anelio tells us of his meandering journey with a certain weariness. A few years ago, he tells us, “I fell into the clutches of an oil company”. He needed the money. But his environmental vision led him to become a part of the promising Yasuní ITT project, created as a recourse to leaving petroleum reserves underground. There was a lot of marketing involved, a lot of money thrown around —millions of dollars— and nothing happened, the oil industry is stronger than ever in the most remote, virgin forests of our country. “Pure show,” he says: “and in practice… nothing.”

That is why, since he returned to El Carmen, Anelio dedicates his life to this passion. He wants to “take his voice to the world” and firmly believes that true education comes from feeling close to ‘the nature’ from which one comes. “You have to start from home”, and that is where Anelio is beginning his journey, from the three hectares of light at the end of this tunnel of destruction. 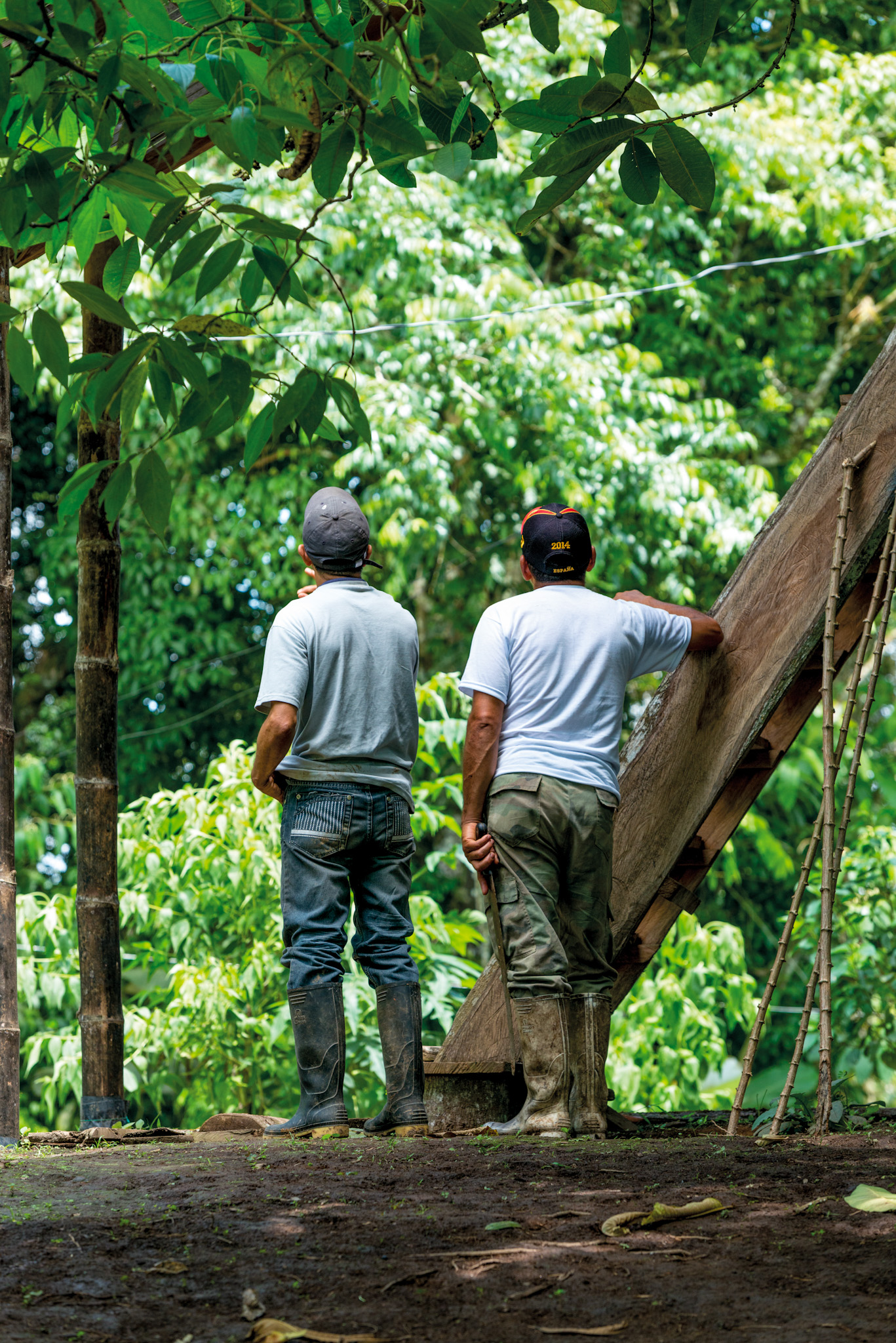