After paddling through a rapid in the Misahuallí River, Nadia Golsak reaches one arm above her head in a swirling motion, signaling the rest of her group to stop over in an eddy. The women head towards the shore to wait in a calm area where the reversed current allows them to keep their kayaks relatively still. We talk before continuing downstream.

I am the least experienced kayaker on the river today, and Nadia makes a point of checking in on me after each difficult stretch. “Well done,” she tells me. “You went sideways against that rock, but you reacted well.” We also take advantage of the stop to practice a technical move: exiting the flat-surfaced eddy and reentering the current.

Nadia explains that you have to pick up speed and paddle into the oncoming current at a 45-degree angle. The fast-moving flow will then spin you back downstream, but you should be ready with a corrective stroke just in case the current pushes you out of balance. “You overcome your fear by doing it,” she says. 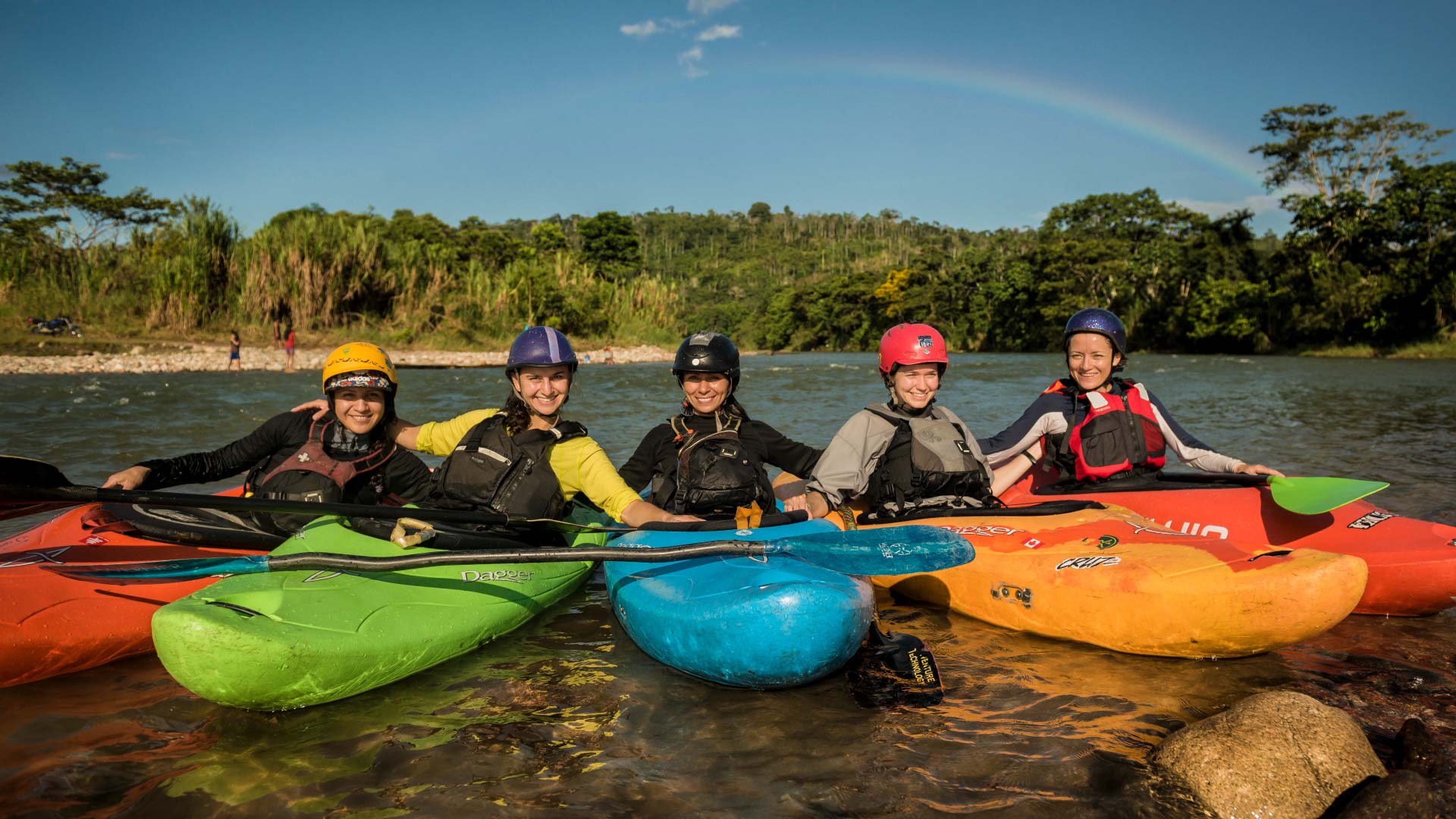 Nadia is one of the leaders of Ecuador Female Kayakers, an informal women’s sports club that organizes kayaking excursions in the rivers around Tena. The group’s founder, Abby Dent, says that she was the only female paddler in Ecuador for over 10 years. “It is telling that in Ecuador, a South American country now famous as a winter kayaking destination, there are fewer than ten local women paddlers.

Women often have a hard time breaking into the male-dominated world of whitewater kayaking,” Abby writes in a recent fundraising campaign. She started off by informally teaching one friend, then another, at no charge, just to have people to kayak with. Eventually, Abby taught over 30 women and was able to slowly build up a community of women dedicated to the sport.

“Our goal is to introduce as many women to kayaking as possible.”

Ecuador Female Kayakers has now consolidated into a core membership of about 10 women, most of whom live and work near Tena. Another contingent of members makes the trip down from Quito a couple times a month. They are currently working towards formalizing as a sports club or association.

We met up with the group at Oso Perezoso, a small kayaking hostel that Nadia runs with her partner Gabriel Garbin. The women gather to talk and make lunch together before heading out on our excursion – one of the kayakers brings her toddler son and mother along. On some weekends, they even give workshops for each other, classes on theater or yoga. More than just training together, their meetings build a sense of community. 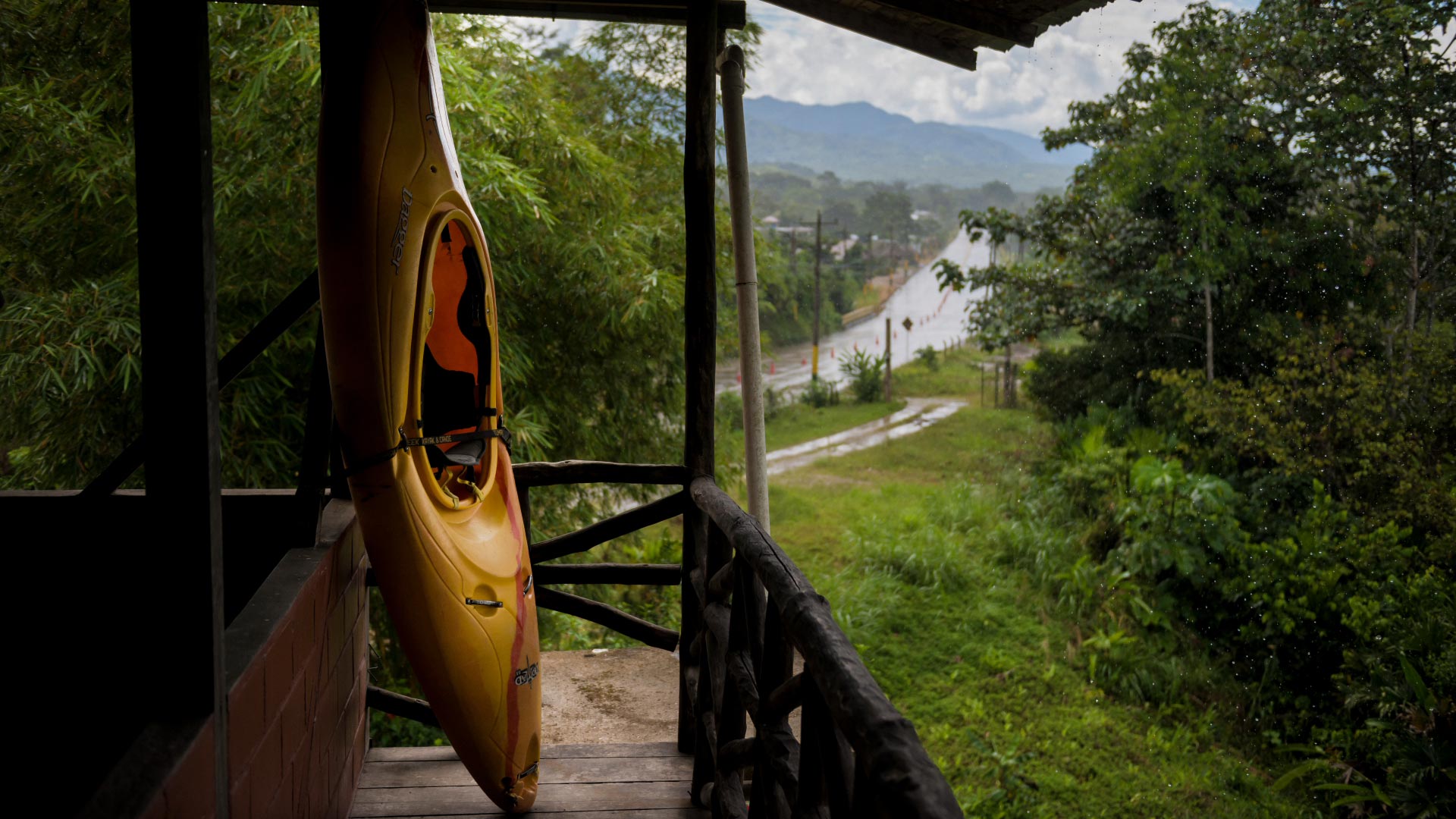 “If one person is a beginner we all go to a beginner river.” Nadia says. If you are first starting out in kayaking, good equipment, guides, and private instruction are necessary – initial costs are steep until you have your own gear and know your own way around the river. Members of Ecuador Female Kayakers are able to use the group’s gear – paddles, life jackets, skirts, helmets and boats that have been donated to the group over the years – if they are unable to purchase their own. “I’ve learned a lot more since we started going out with just other women,” Michaela D’Amico says.

If you are interested in learning more about the group and how to participate, check out their Facebook page “Ecuador Female kayakers.”

Learning as a group

The female-led learning process has benefits for the teachers and the students. On one hand, it offers female kayakers a chance to take on leadership roles. “If someone wants to earn a living as a kayaker, we can create a space for her to practice that by teaching.” From the learner’s perspective as well, in some cases it can be more helpful for women to teach each other.

“Men use more strength; women develop more technique,” Nadia explains. “Just like in rock climbing.” A male kayaker may be able to resolve an issue by applying force, while a woman may have to work out a precise movement. (It’s the difference between saying “paddle harder” and saying “tighten your core and put pressure on your right foot.”) And most importantly, this learning can take place outside of the pressures of a competitive environment. 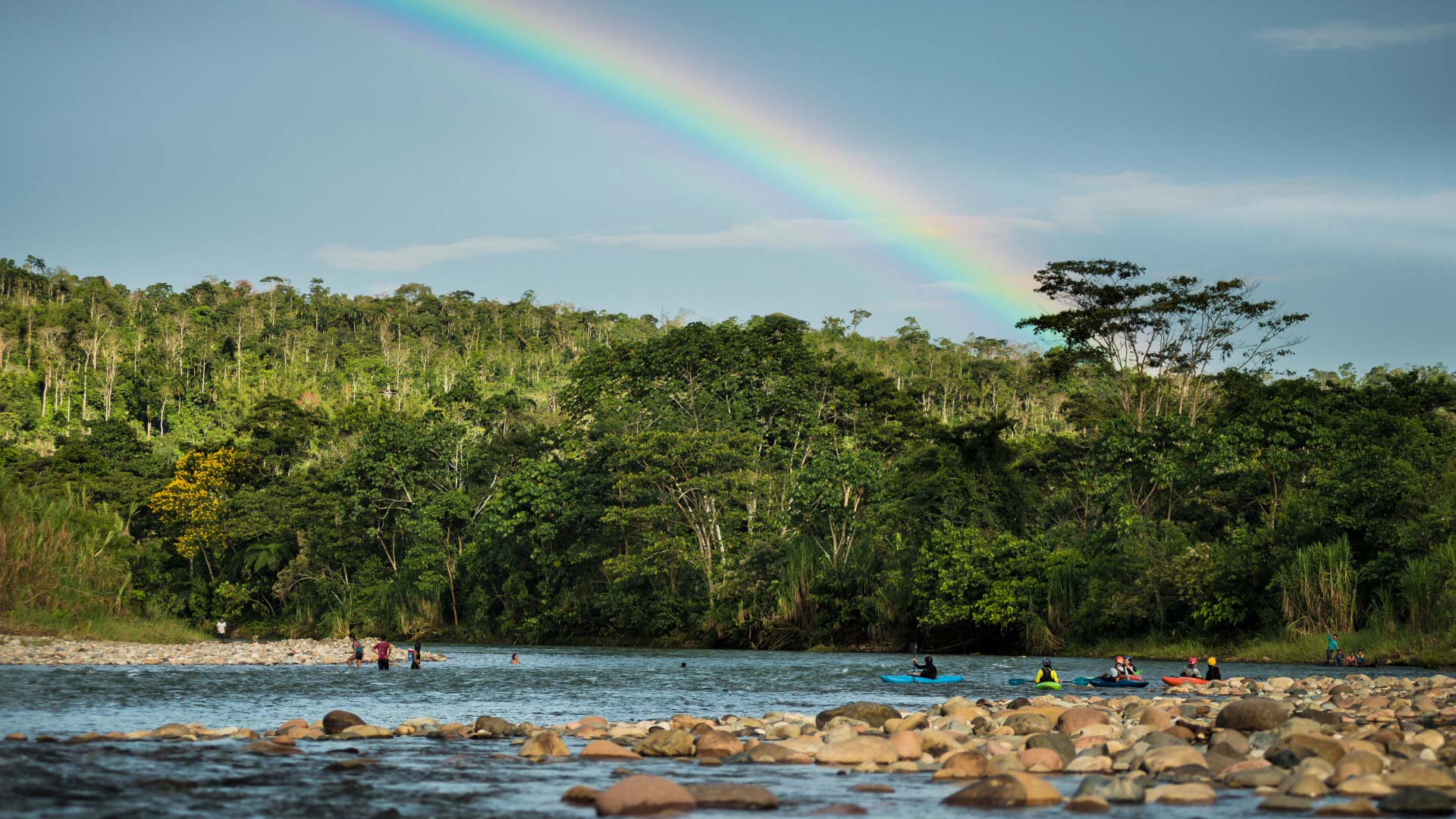 Between the white-water rapids, the jungle takes over, calm punctuated by the sounds of wildlife and locals swimming or washing clothes in the river. The other women who paddle with me talk and laugh, sometimes taking advantage of the opportunity to practice a difficult stroke, other times simply enjoying the moment.

“It’s good to train with men, but this is a different kind of experience,” says Gabriela Zurita. “Yes,” Nadia laughs, “we’re more relaxed.” Gabriela tells me about an experienced competitive kayaker who used to paddle with the group, “I used to wonder, doesn’t she get bored? But I think she just liked going out on the river with us.”