There are two El Cajas National parks: the easy-access Cajas and the far-flung Cajas. We’ve discovered both, in a region steeped in history. Its size, unlike other National parks, is not what makes it stand out. It’s where it is located.

A key connector for the entire Inca Empire, near the ancient city of Tomebamba, inhabitants of the central and southern Andes converged here, with an added perk: El Cajas is the shortest ‘throuway’ connecting the Amazon and the Pacific Coast.

The altitudinal range of El Cajas National Park is uncanny: it extends from 4,000 masl, with mountains like Arquitectos and Avilahuayco, all the way to sea level in places like Naranjal, in the province of Guayas. Páramo, wetlands, mangroves and the coastal plains… all in one. These altitudinal ranges are like enormous interconnected ‘boxes’ (hence the name) and lake systems; literally thousands of lakes. Thanks to this, local water conservation and development are admirable, not to mention it is one of the few Biosphere Reserves in Ecuador. 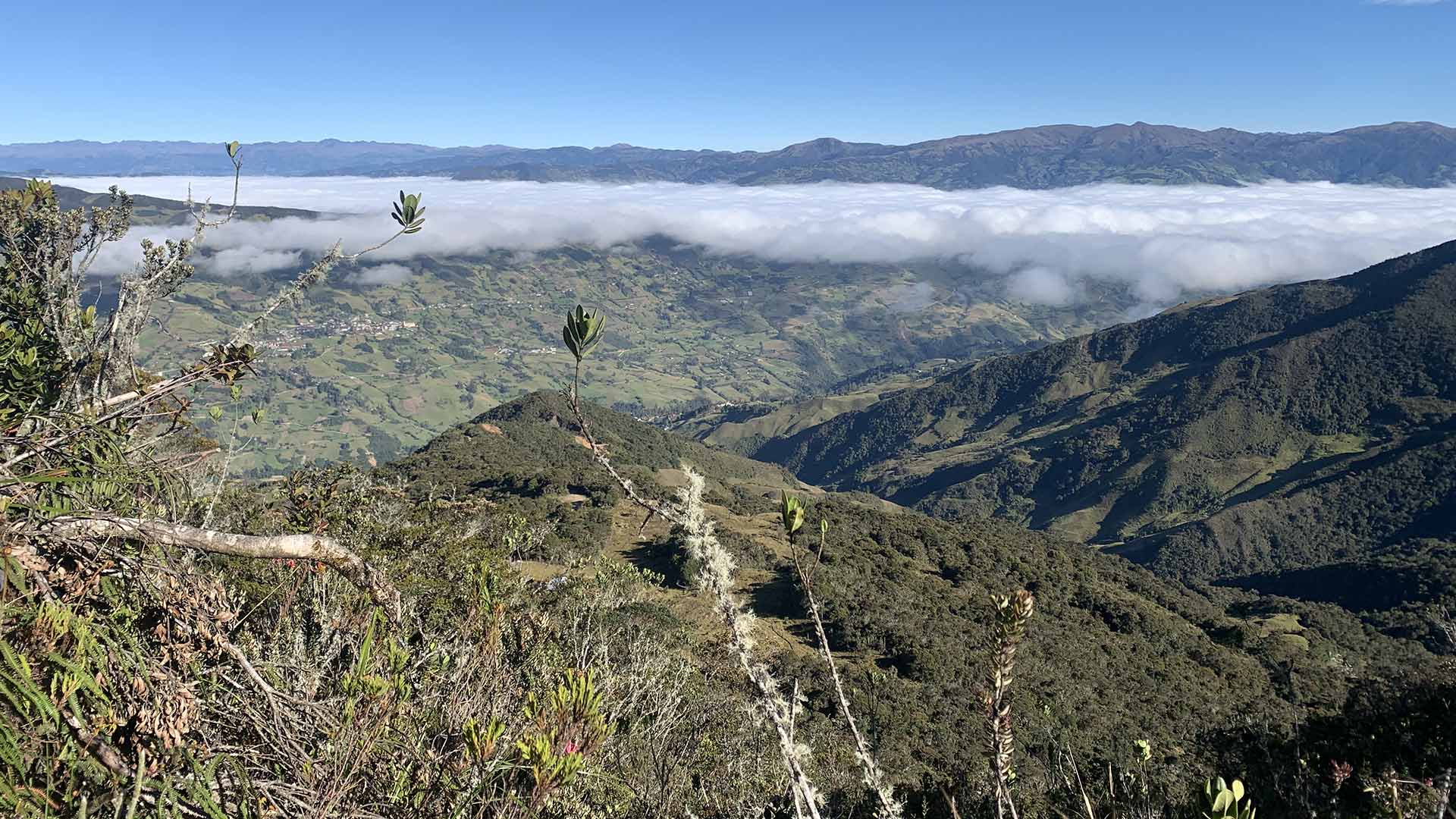 The history of El Cajas is fascinating. We can go back, for example, to the middle of the 15th century, when the Incas conquered the entire region. At that time, Tomebamba (today’s Cuenca) had become the northern Empire’s major city. The Incas thus began extending their famous Inca Road, or Kapak Ñan.

Roads grew and forked, allowing the Incas to encounter new cultures. But it wasn’t until Republican times that these trails really connected the different regions. The then called Camino de García Moreno served as a trail for caravans of muleteers carrying goods to Cuenca from the Coast. It also served as a hidden road to smuggle liquor, especially brandy, during the Estanco (Ecuador’s version of Prohibition). The paths of the Kapak Ñan continue to appear, under the footsteps of our nation’s most famed explorers, as they crossed the myriad lakes that feed the evergreen valleys of El Cajas.

We decided to take towards these routes with an expert. Xavier Montezuma, a rock-climbing guide and explorer at heart with over 30 years of experience, is a true El Cajas encyclopedia. He can lead you to the least-traveled road (he actually has them stored on his cell phone!). All coordinates, points of interest, distances and elevations are registered. These are some of the routes he shared with Ñan.

In the western corner of El Cajas, there is a fascinating track that follows a segment of the old Kapak Ñan, taking you to the lower subtropical cloud forests of the national park. There are many trekking options to choose from, usually taking between one to three days. The longest begins in the communities surrounding the Huagrahuma area. If you have time, this is the best option as it covers the greatest number of valleys, peaks and lakes. The journey covers an approximate distance of 10 km per day. On the first night, it’s best to camp along Lagartococha Lake, one of the largest lake in the park (it’s three meters deep, great for a dip or to fish).

At this point we can see our next destination: Taitachungo (or Mamamag) Lake. This is the stretch of the Kapak Ñan that merchants and messangers used to reach the coastal plains. Remains of pre-Incan constructions give evidence to this history. Camp near Taitachungo, a great place to rest due to its natural beauty. Finally, Llaviuco Lake, located at the lower part of the Park, welcomes us with an abundant forest of color and natural beauty.

Azuay is extremely diverse and flatter (meaning easier to trek from one ecosystem to the next) than other areas of the Andes.

You can also hike another one-day route from Sayausí to Llaviuco Lake. Consider that to go this way, you must stop at the La Toreadora interpretation center (also located in Sayausí). There is no entrance fee. As you cross San Luis through the Polylepis forests, you reach the United Lakes and Toreadora. There are other trails that lead to Totoras or Potoquinuas and the well-known Tres Cruces hill that takes us down the old road to Guayaquil. The climate here is cold and wet, typical of the Andean páramo, so we recommend planning your visit during the drier season: from June to December.

Other routes of interest

Near the border with Cañar, in Tambillo, there are fascinating treks that intertwined with the aforementioned routes. We recommend skirting the shoreline of the Ricay River, near Patul Lake. It takes about two hours to make it to the northern part of the Park, as you pass by other lakes, such as Sisirin. This area near Riñoncocha Lake leads us to La Toreadora refuge, ideal for spending the night. The next day, head towards Culebrillas, where you can find the famous Dos Chorreras, a spectacular double waterfall, the only one of its kind. You can then even head back to Cuenca, a good four-hour hike with the possibility of re-entering the park at Llaviuco to rest one more night.

Paredones was a transit point not only to reach the ancient city of Tomebamba, but also a journey to the southern area of Azuay Province (Soldados and Chaucha), in the vicinity of the Yanucay River (one of Cuenca’s four rivers). On the other hand, heading north and east you descend to Guayas. One of these roads begins in Dos Chorreras and crosses the mountain range towards Cargua to begin a 50 km descent to La Troncal. On the other hand, heading towards Molleturo, the old roads would lead you to Naranjal, on the Coast. 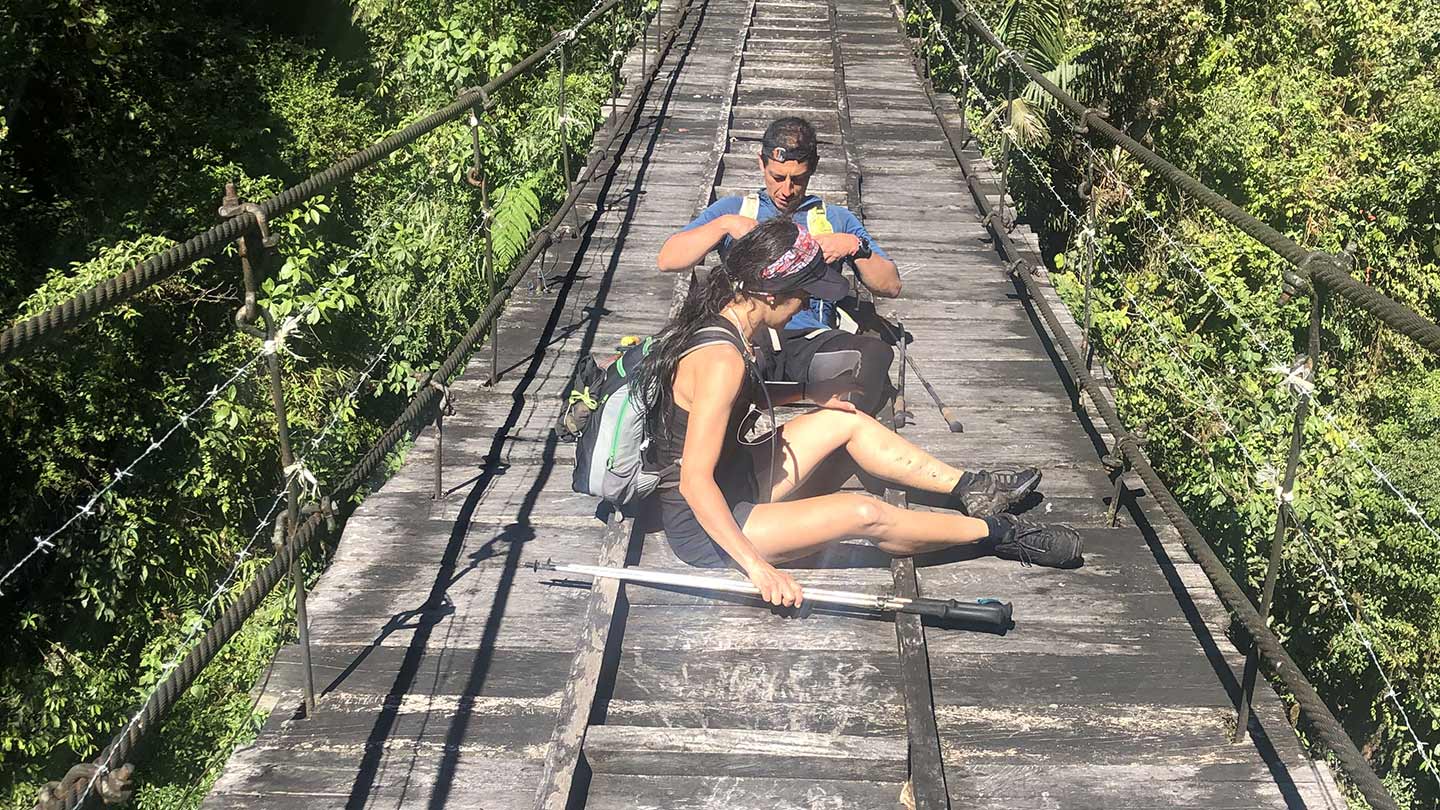