Kapak Urku is the Inca name for El Altar volcano, which translates as “the mighty one” or “the lord of the mountains”. Located within the Sangay National Park at 5320 masl, El Altar is not the highest volcano in Ecuador, but according to mountaineer Marco Cruz, it stands as the most “difficult” to climb. Marco was the first Ecuadorian to do so in 1963. “It is very technical; you have to be an expert on ice,” says the Riobamba-born mountaineer. Marco, who has climbed Chimborazo over a thousand times and has conquered the highest peaks in Europe, Africa, and Asia… continues to tip his hat to the almighty Altar.

The challenge El Altar poses on mountainclimbers is overshadowed only by its beauty. Thus, expeditions to its many peaks and to attempt to reach its many lagoons are never scarce. One of these takes the prize for the most beautiful or, at least, the most photographed: Laguna Amarilla (Yellow Lagoon). 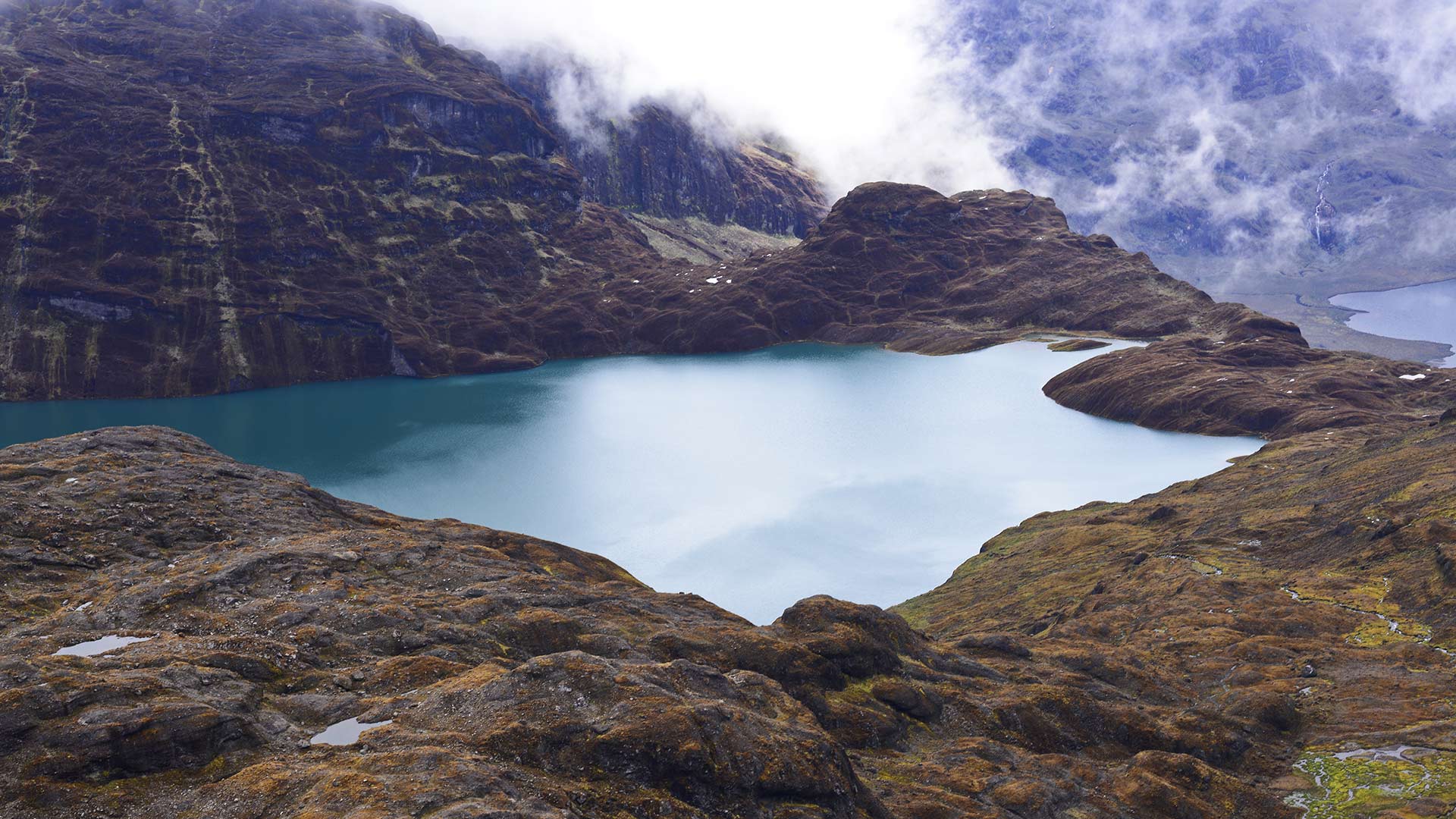 Laguna Amarilla, at 4200 meters above sea level, is impressive: located inside the crater of the volcano, the snow-capped mountain that straddles its contours creates a wonderful contrast between the white snow and deep turquoise waters. You may notice, of course, the contradiction between the name and the actual color of the lake. Some believe the minerals within the volcanic rock are responsible; it was formed after the volcano’s violent eruption in 1490. Before that, the volcano was thought to be even more elevated than Chimborazo.

The mystical tales that surround the Ecuadorian apus (sacred mountains) suggest another origin: that the lakes were formed by the volcano’s tears. Popular folklore and belief has it that El Altar got involved in a complex and bitter love triangle with the beautiful mama (mother) Tungurahua. The eternal “wife” of taita (father) Chimborazo, she turned unfaithful and had a fling with El Altar, the imposing, powerful “male” volcano that stands between Tungurahua and Chimborazo. When Chimborazo found out, he was furious and what followed was a terrible fight that lasted years and ended with the eruption of El Altar and its disfiguration. 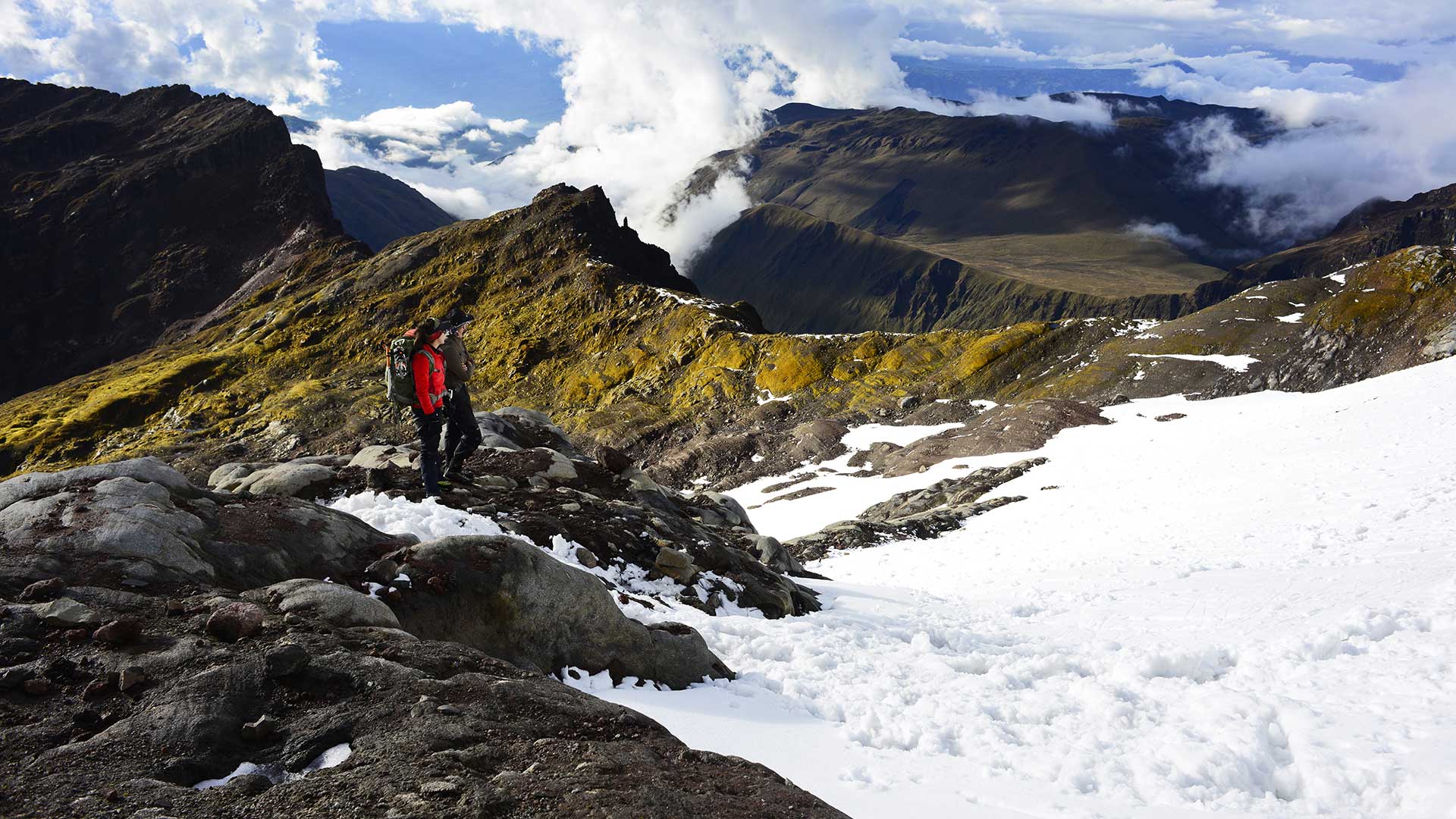 Whether tears shed by the mountains or a natural crater lake formed by volcanic eruptions, the expedition to Laguna Amarilla is a journey into the telluric heart of the Andes. It requires, of course, one’s good physical condition along with a great sense of adventure for a fascinating two-day trek.

If you depart from Riobamba, take the route to Penipe, heading towards La Candelaria. Here you will find Hacienda Releche from where this trek begins. The trail from Releche leads to the Collanes Valley and takes about 7 or 8 hours, approximately 11 km. You will cross a thick muddy, even swampy road, so it is important to sport adequate clothing and sturdy mountain shoes. 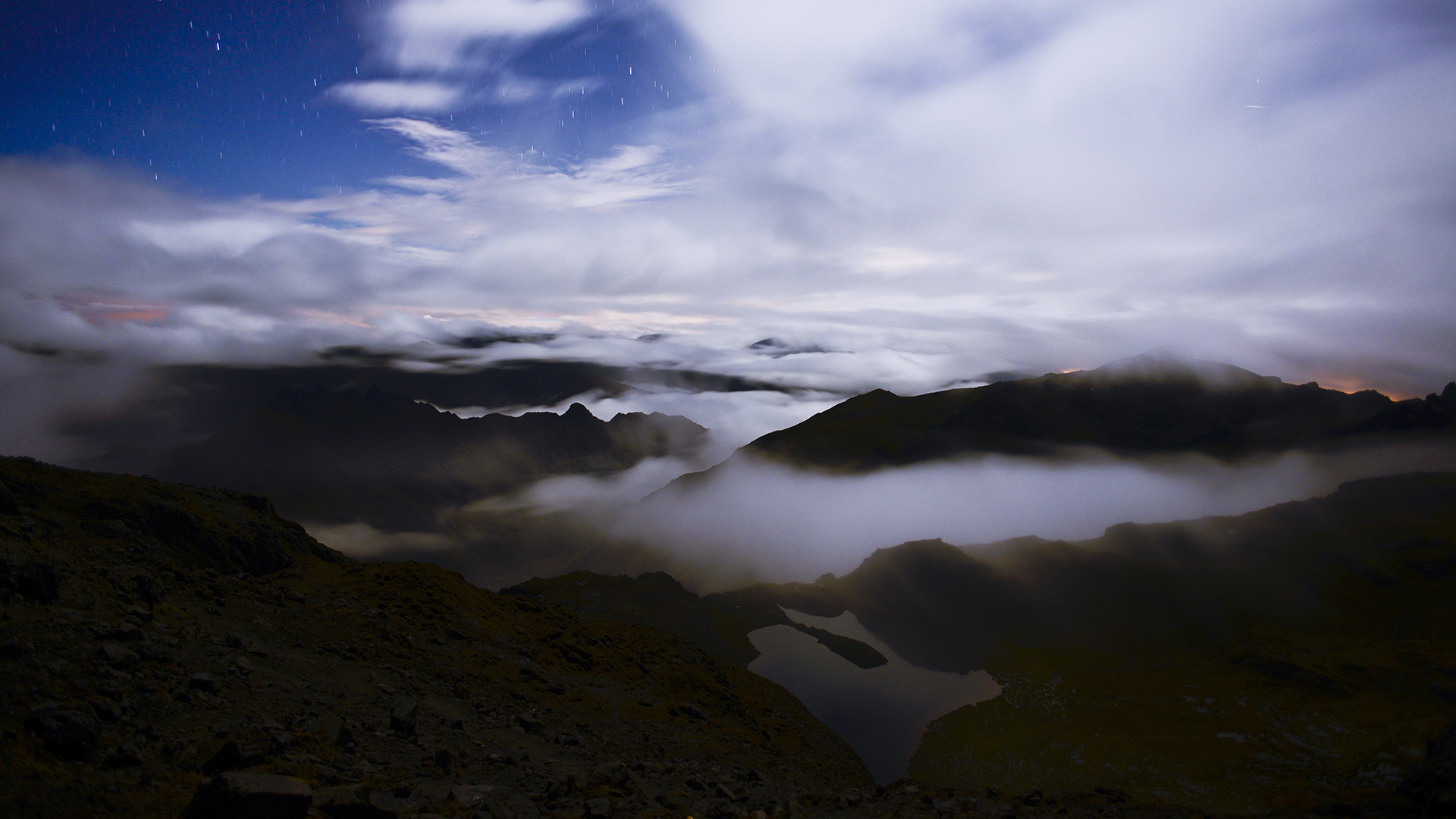 You will know you reached the Collanes Valley when you find yourself in a vast and long plain surrounded by mountains, wild horses and, if you are lucky, condors flying overhead. Here you can camp for the night or stay at the volcano’s refuge. The next day, the steep hike to Laguna Amarilla takes about three to four hours. And once you reach the summit you will be able to delight in Laguna Amarilla’s unforgettable scenery at the foot of Altar.