All in the Family at the Hotel Victoria

Edgar Durán walked in on our conversation with his son Daniel, head of affairs at Hotel Victoria, and before he could even say hello, Daniel asked him, “So why did you call it ‘Victoria’?” The silence made it seem like he had asked one of those questions there is just no answer to. As if someone actually could tell us why the Plaza is called the Plaza. I guess at the time, when he named it, it was merely a whim, perhaps wishful thinking… but now the name fits like a glove, conjuring images of quiet sophistication that befit one of Cuenca’s prime hotels. 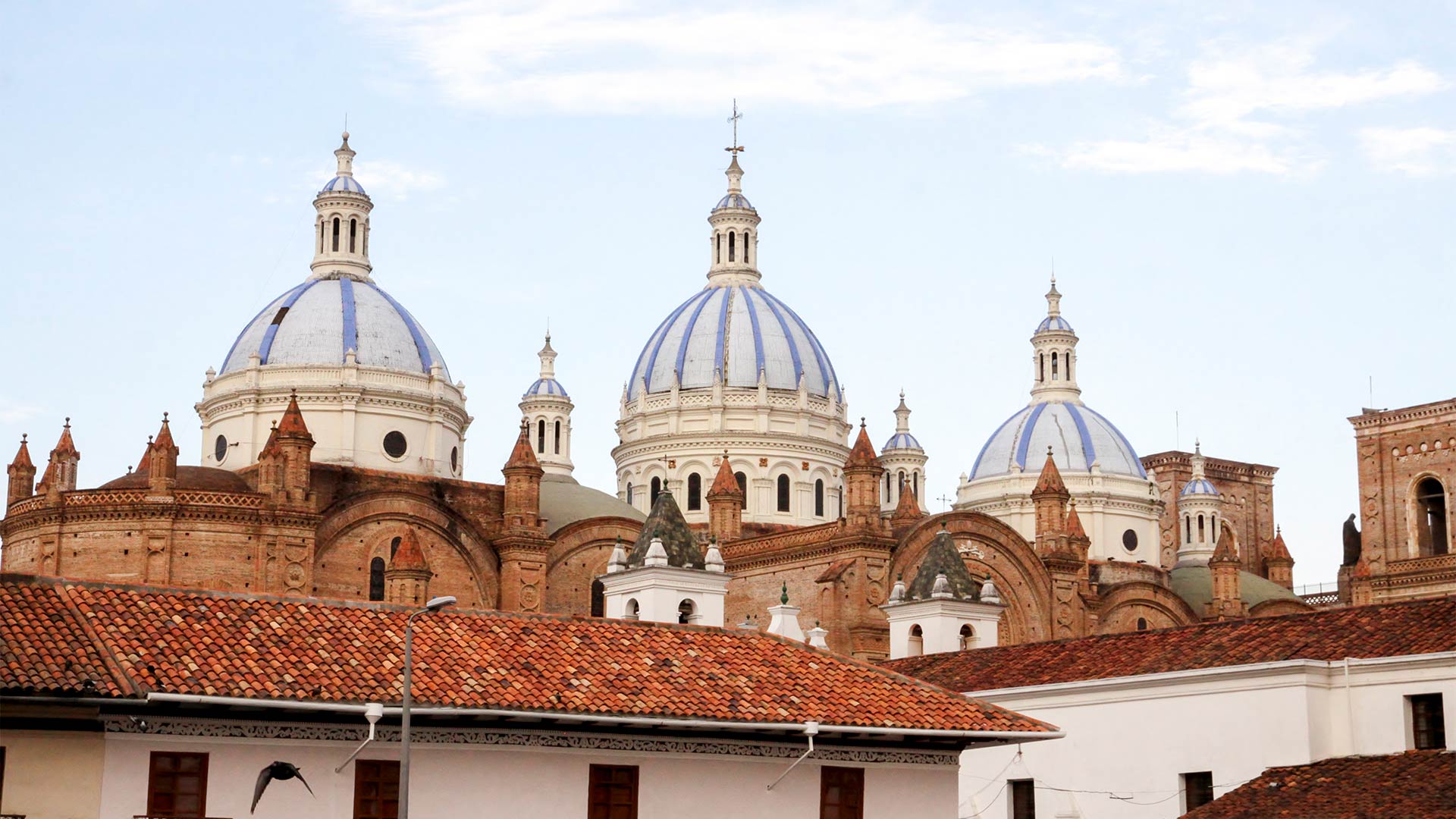 There may be hotels with longer histories, perhaps more traditional in kind and style, but in only a handful of years, the Hotel Victoria has arguably become the most established of them all. And it certainly seems to go with the name. After almost a minute, Edgar, who bought the residence as it was crumbling some 20 years ago and carried out a slow but comprehensive restoration process before passing it on to his enterprising son, seemed to finally have an answer: “I liked the word”.

A word can only go so far, and there are, of course, many reasons behind the hotel’s distinction. For starters, the location is irrefutably among the best in the city, along bustling Calle Larga, only a couple of doors down from the beautiful Remigio Crespo Toral Museum, in a similarly stoic mansion that looms over River Tomebamba and her gorgeous Barranco. A privileged “back door” actually takes you right onto the riverside walkway from the premises, and most could be convinced in no time to spend their Cuenca days taking advantage of this exclusive, most precious perk. 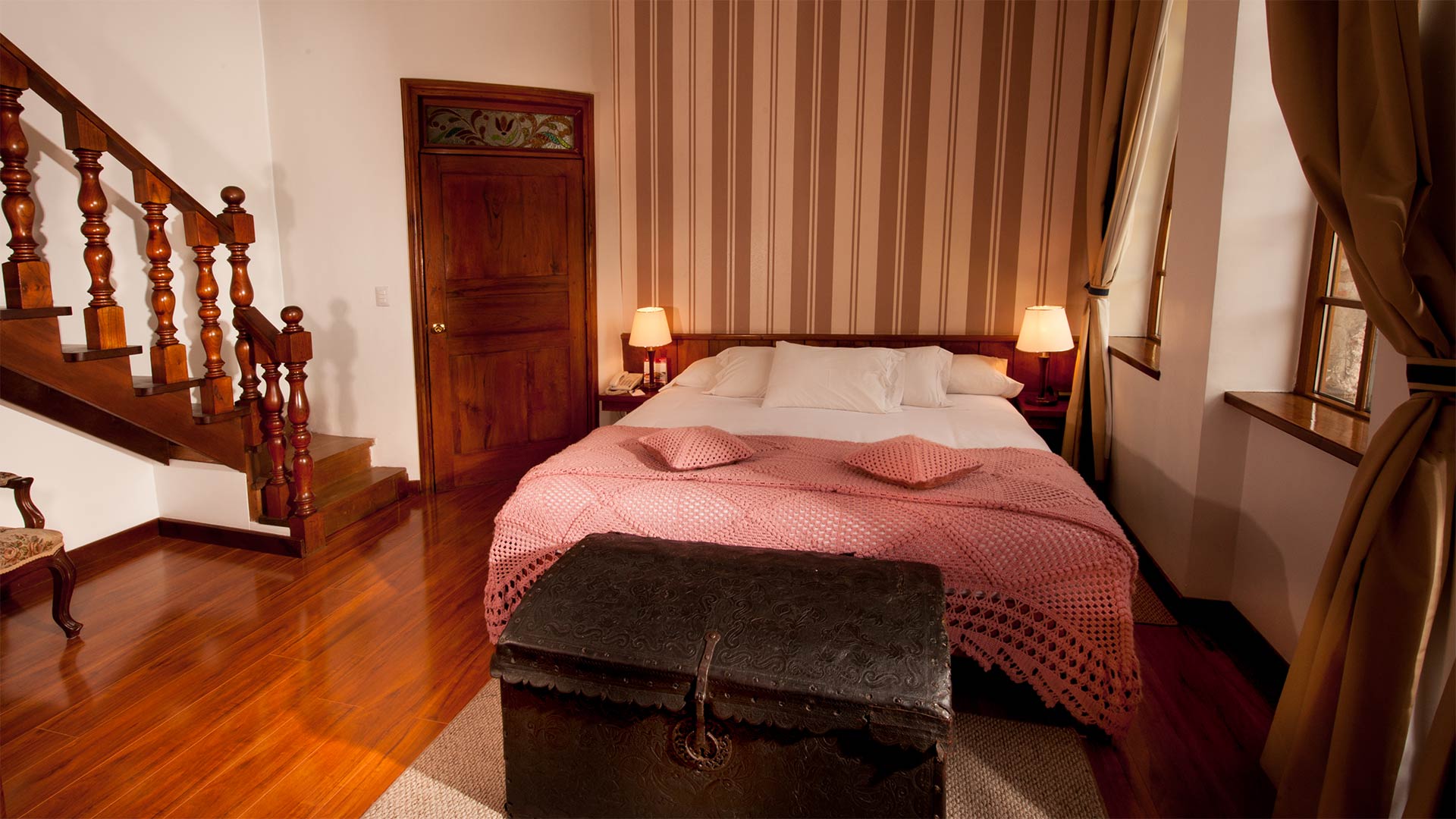 The dark hardwood, fanciful and decorative wrought-iron railings, thick adobe-and-straw walls, the peaceful views over the river and colorful paintings from Cuenca artists (many of which are actually Edgar Durán’s) add to the tasteful elegance, eclectic at times, but always warm and pleasant, that embellishes the hotel. It was initially supposed to look either French or Italian in style, but as time passed, no one could make up their minds as to which of the two to go for. So they just let it become what it had to become.

“Everything came from here…” explains Daniel, “the decorations, the upholstery, the woodwork, the verandas, the paintings, the vases, the flowers… we got it all from carpenters, metal smiths, artists, potters, craftsmen born and bred in Cuenca. The residence itself was quintessential Cuenca…. So whatever it was we created by the time we finished creating it turned out to be Cuencan by default, not European, not Italian nor French, whether we liked it or not. And I think that worked really well”. 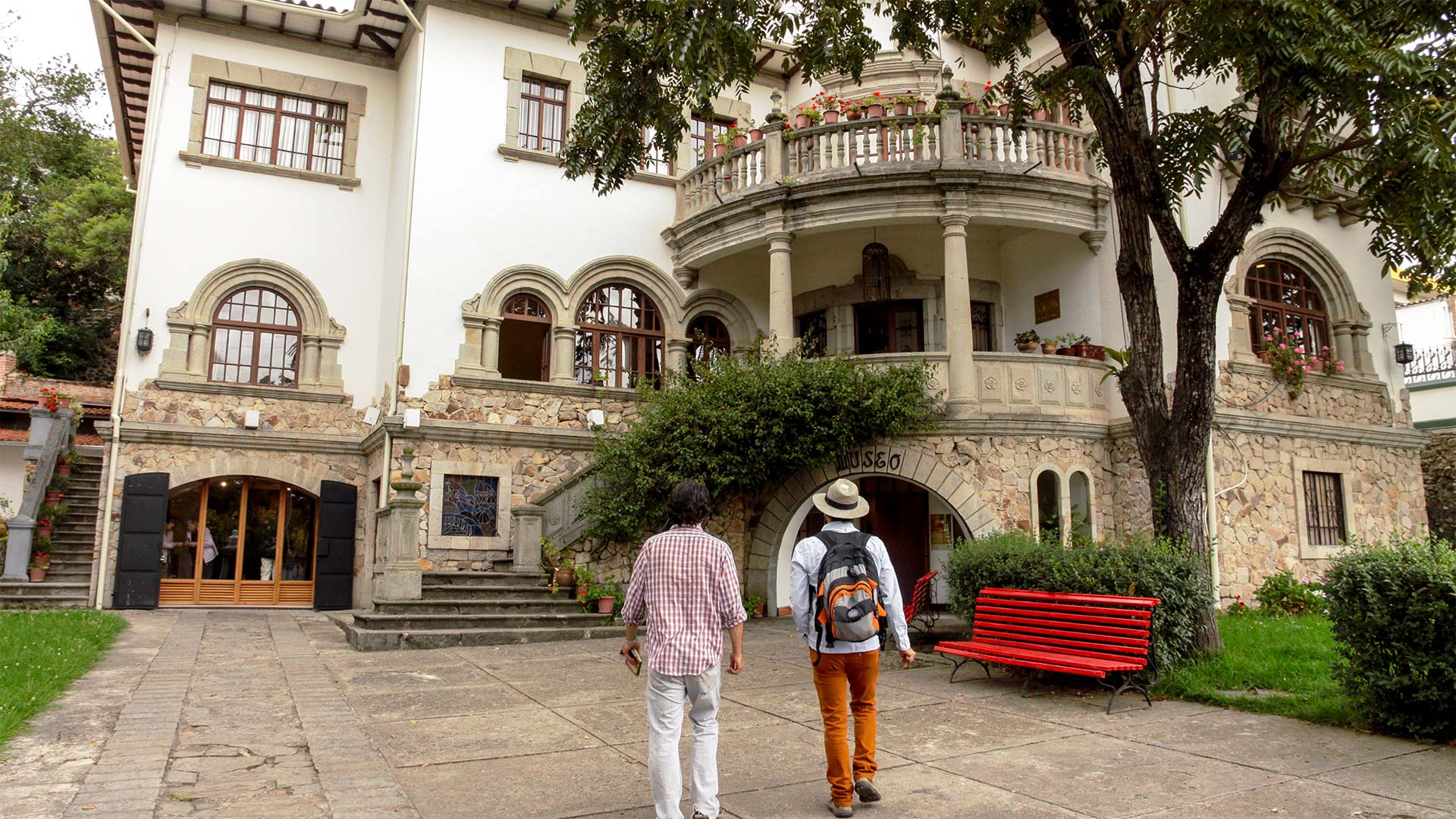 Hotel Victoria’s Cuenca identity is further strengthened by the hotel’s restaurant, El Jardín. Albeit with an inclination towards international fare (local dishes are, of course, featured in the menu), El Jardín had been among the city’s first upscale restaurants, and has thus been one of the leading proponents of Cuenca’s passion for good food down the years. Founded by Daniel’s mother, Patricia, over three decades ago, El Jardín has an unparalleled tradition. Today, its décor, similar to that of the original locale on Calle Presidente Cordero, is complemented by panoramic windows onto the Barranco, where the tops of the garden’s trees are visited by all the regulars: thrushes, hummingbirds, doves and sparrows.

But perhaps what’s most important, and what really makes Hotel Victoria a luxury of sorts, is the true premise behind it all. Daniel Durán, one of the most youthful and friendly general managers you could hope to come by, is a strong believer that hotels must feel like home. Service can’t be stale, smiles must be heartfelt, assistance and help must be all-the-way, like what a cousin would do for a cousin, decoration cannot be impersonal, and must breathe life to those who visit. Or as Daniel puts it: “Hotel Victoria must make you feel like you’re part of the family”. 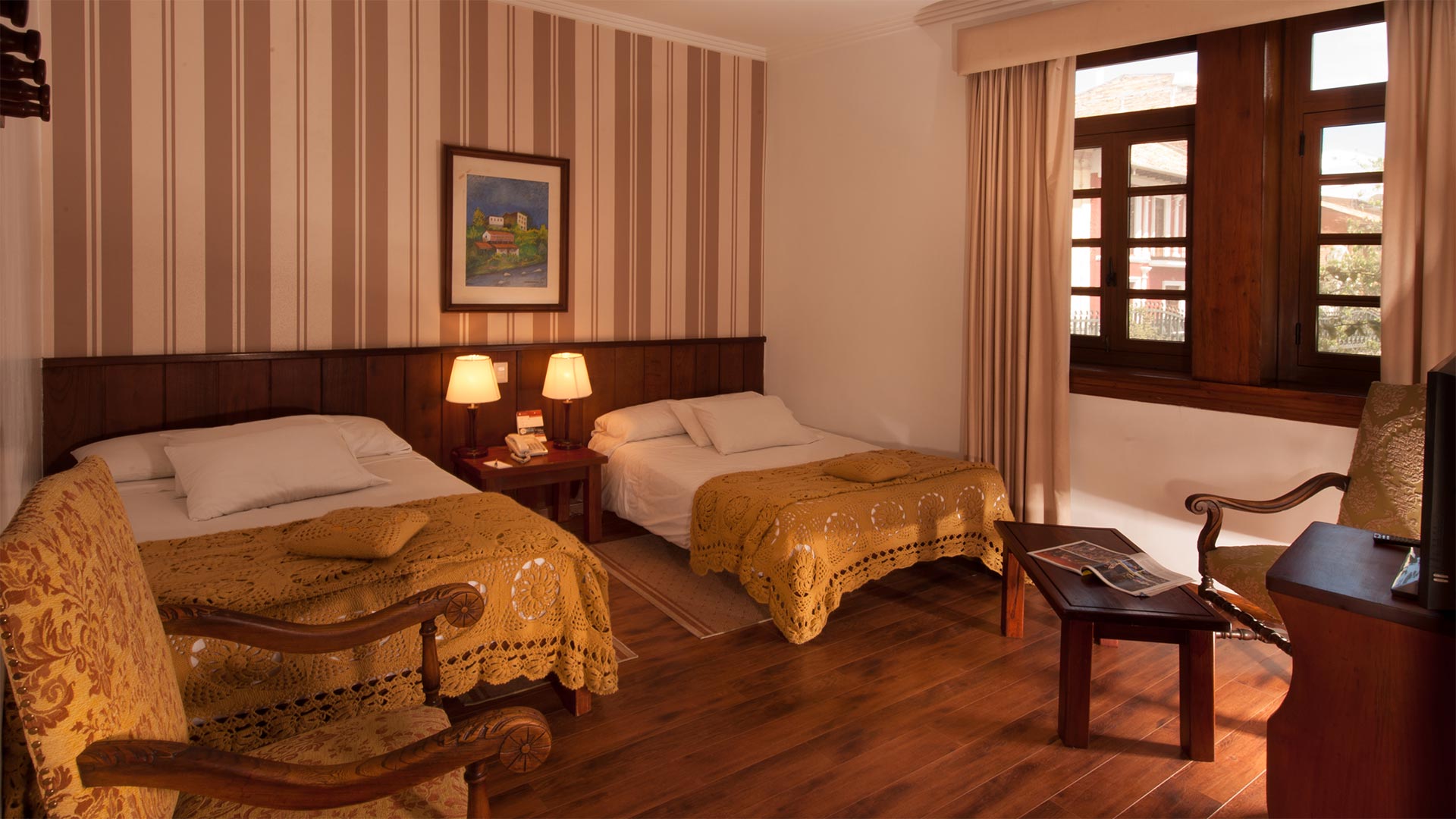 The waters of Kimsak...
Read more

It must have been li...
Read more

Diary of a fledgling birder

Cabañas San Isidro: a laboratory of conservation and cuisine

Sacha Lodge: the Lure of the Jungle