Imagine the sacred power and purity of energy of Mount Cotopaxi at your fingertips, in your very own refrigerator! Agua San Felipe is born from the depths of the iconic mountain itself, its water sourced from the volcanic loins of the Andes, rich in minerals, with an incomparable taste, soft and refreshing.

San Felipe is proud to claim that its production processes do not impact negatively on the environment.

The wonders of San Felipe go beyond its taste. The water’s calcium, potassium and magnesium levels help digestion, as well as strengthen the immune system, with natural salts that are help balance the body. There are also other less orthodox benefits: it is excellent for skin care (by dousing your face with it), makes your hair shine and fixes makeup to your skin!

In 1928, Eloy Alberto Sánchez Cañas came across the first water spring while walking through the countryside of San Felipe, at the foot of the great Mount Cotopaxi. He quickly bought the land around the source and began to bottle it in brown glass bottles, with paper labels, one by one, using a simple machine. He delivered his product near and far, even sending samples by train to Guayaquil, in sisal bags.

He was soon exporting the bottles aboard ships to the United States. Ninety years later, with great effort, San Felipe remains committed to the environment and to its customers’ health, now in the hands of a third generation of entrepreneurs. 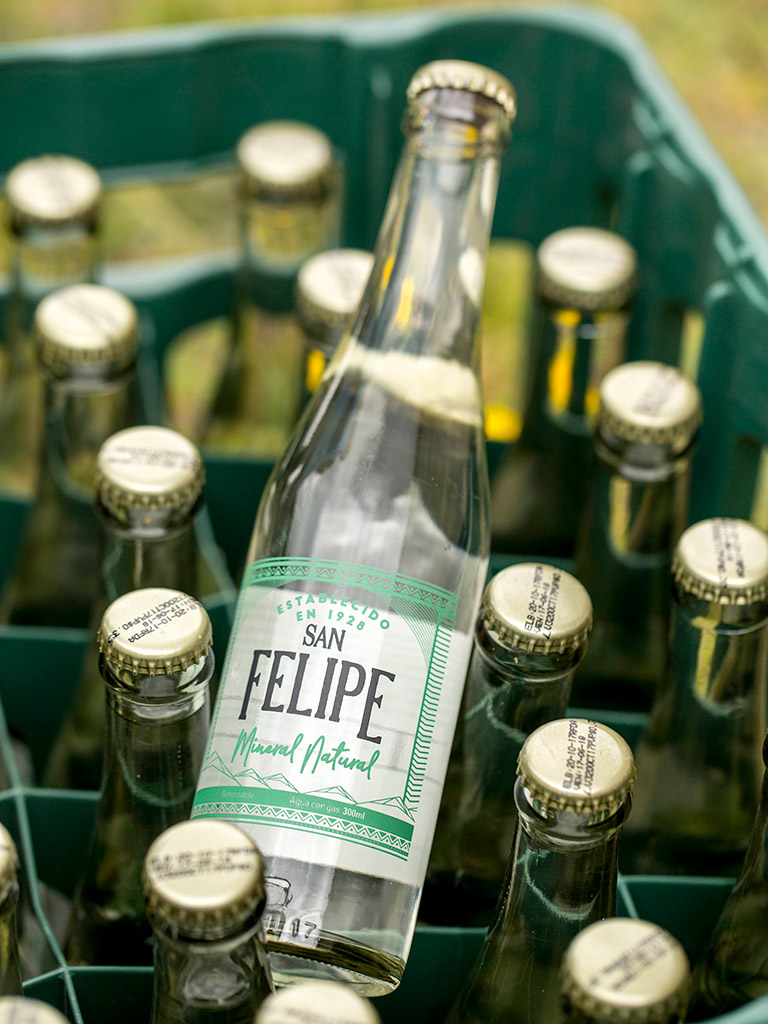 Water that returns to the river after passing through its plant is clean. Gas and non-carbonated versions are bottled in both plastic and glass (available in 300ml, 700ml and 1-liter presentations), and campaigns in the nearby city of Latacunga encourage consumers to recycle the plastic bottles. Not only that, people who return 10 plastic bottles earn a movie ticket. Glass bottles, on the other hand, are returnable. Each bottle has a life cycle of approximately 15 returns. 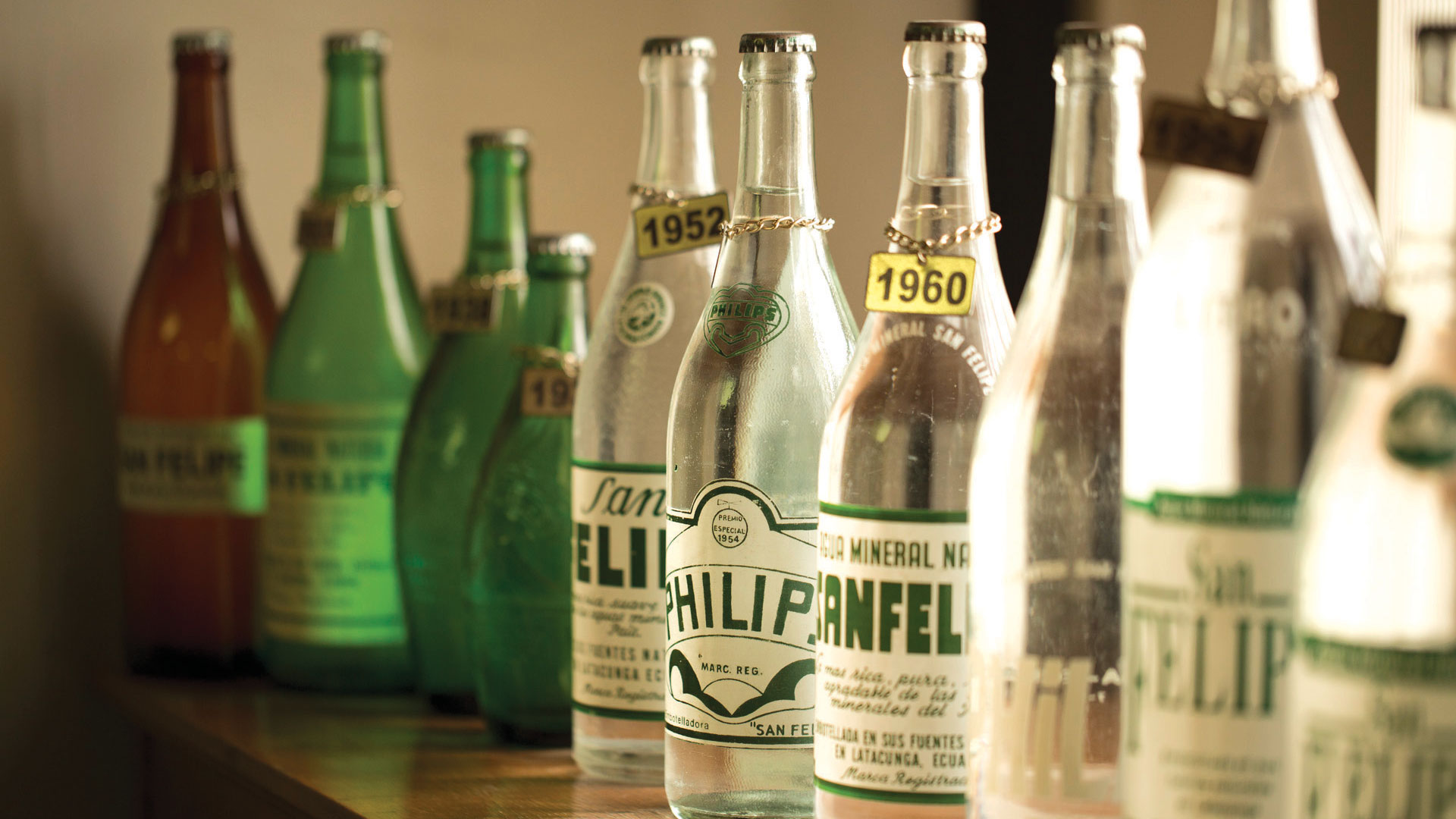 San Felipe is also committed to the province’s economic growth, as well as offering opportunities to staff. Today San Felipe’s team extends to 43 employees, but Berta Sánchez, General Manager, says that many of today’s external distributors worked for San Felipe in the past and have found opportunities to grow their businesses alongside them.

Personal delivery offered by these distributors is available in the provinces of Cotopaxi, Pichincha and Tungurahua (the brand is also available in major supermarket chains such as Supermaxi, Santa María and Fybeca nationwide).

All this effort hasn’t gone unnoticed: San Felipe, the oldest water company in Latacunga, received the international Gold Selection of the Monde award in 2015, as well other recognitions from the Municipality, Provincial Government, the Chamber of Small Industry and Ministry of Labor.

Service, environmental awareness and excellent taste are not negotiable. Berta smiles when she recalls how San Felipe has become part of the lives of her clients: many of whom send photographs to the company’s webpage with their San Felipe bottles from all over the country and the world. From its source in the high, volcanic Andes, San Felipe has made its way into the hearts of all those who have tasted its clear and healthy delights.

Bertha Sánchez dreamed, ever since she was a girl, of becoming the General Manager of Agua San Felipe. The dream has come true and Berta continues to honor the company’s original vision: to always put the customer first while offering the healthiest, most natural and ecological product on the market. 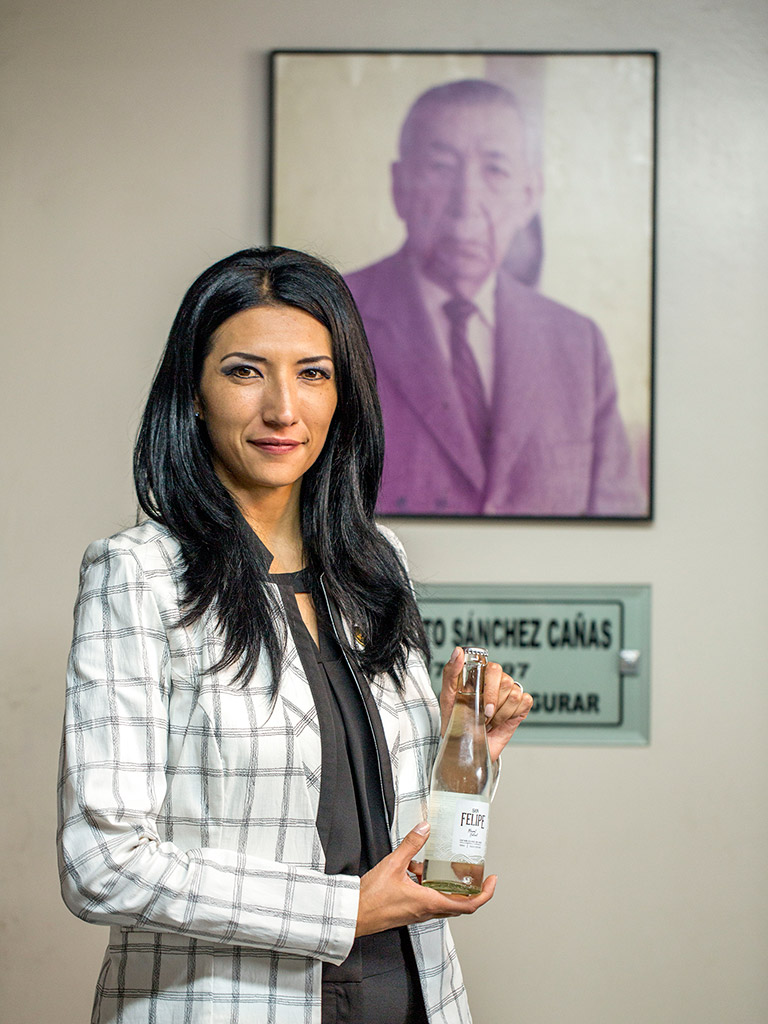