A leisurely pace in Manta

Manta, the so-called “Gateway to the Pacific”, is riding high as culinary capital and economic hub of Ecuador’s most delicious city.
When cruise ships began arriving in 1997 to Manta, people received them with admiration and curiosity; which made sense, since these floating behemoths no only added another building to the coastal outline, but made the population grow an entire one percent! Today, approximately 20,000 passengers visit Manta each year during ‘cruise season’ (from October to August) on more than 17 ships that port in the city. Passengers worldwide find a dynamic town whose flavors intrigue and warmth lures, with 12 nearby beaches filled with landscapes, stories, entertainment and experiences.
A good way to get a clear picture of the city is to stand facing the sea at Parque Central. To the right, we have Tarqui beach and the shipyard (Astillero), where the intense movement of fishermen and merchants contrasts with the silent immensity of large vessels being built. On the left, the tallest building, 16-storey “El Vigía” (or ‘the watcher’), built in 1973, marks the beginning of modern Manta.

The city has grown and transformed as few in recent times

The park is also a great place to understand the city’s present and past. It is common to sit among retirees, distracted by iguanas that scurry along on the ground and hide under benches, and begin to talk, people are friendly and love to reveal legends, superstitions, historical (and not so historical) facts; some aren’t even born in Manta, and came ‘to stay’ on a commercial or fishing boats; but have, nonetheless, made this home.
Remnants of old Manta are few and far between, and are namely located around the city center. If you walk along Avenida 2 and Calle 10, surrounded by stores selling electronic appliances, you’ll find Paulino Montaño, who for 45 years has stood at this corner selling coconut ice cream with bread (yes, a real ice-cream sandwich!). On a small hill, along Avenida 4 and Calle 9, find cevichería Costa Rica, a 40-year-old dive where you can taste delicious dorado ceviche. Along this street (Calle 9) and back to Avenida 2 lies the Cancebí Municipal Ethnographic Museum inside a recently restored early twentieth century (1918) house. The museum shows life in Manabí, how farmers and fishermen live in typical home made of bamboo shoots and palm mats, idiosyncrasies we will delve into on our way to inland. 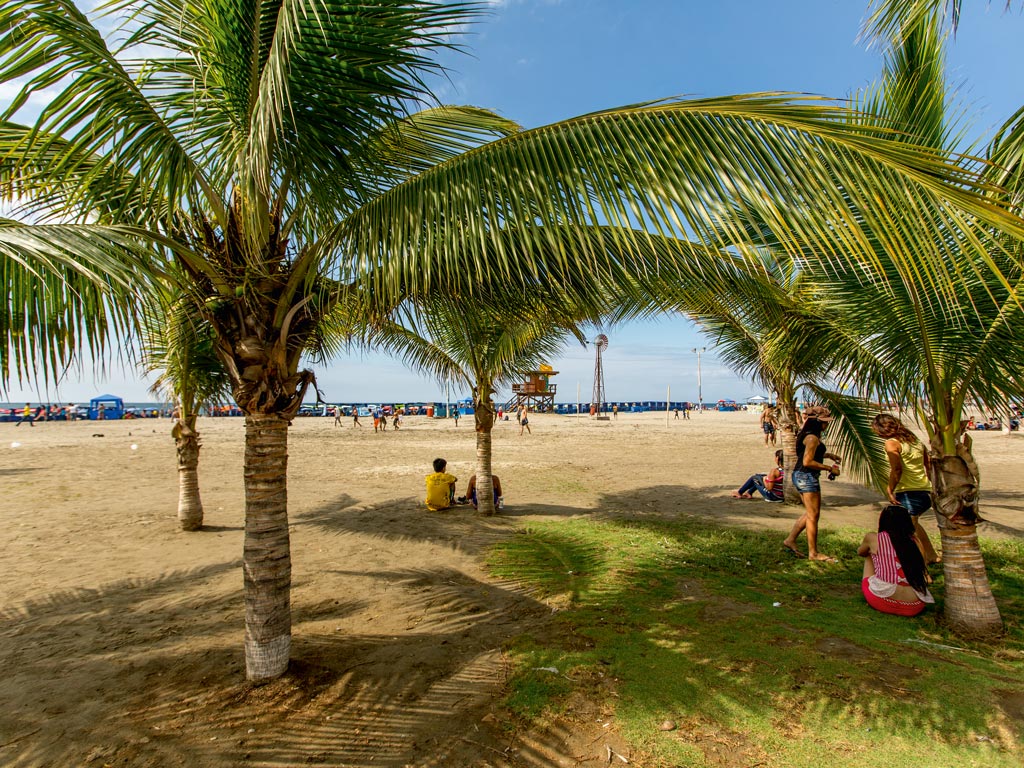 If you didn’t bring your parasol, use a palm tree.
Back at the par, to the south, find the Plaza Cívica, where city events and public concerts are held and, when cruise ship arrive, offer a series of stands selling straw hats, tagua objects and ever-present Otavalo crafts. If we continue south, Bat Beach, Playa Murciélago, a major shopping and hotel area (Oro Verde, Balandra, Mar Azul, etc.), is the ideal place to close your day and city tour beside the sparkling shore at sunset.

A beach for every month

Tarqui Beach, or Playita Mía, as it is locally known, is one of Manta’s 12 stunning beaches. To the right (east) of Tarqui, you’ll find the official list of Manta beaches begins at Los Esteros, where one can witness animated shipyard life, or engage in sport fishing. Right next to it, to the west, lies Tarqui Beach (see sidebar) and Playita Mía, where we asked a local fishermen to give us a tour of the docks, an interesting ride as ships come in and out. Across the way, lies Playa Murciélago, a wide beach with places to grab a bite to eat along its scenic boardwarlk.

As one continue west, along headlands and bays that round the cape and then head the coastline south, it is difficult to choose which spot is the most special

A few kilometers from Murciélago are the beautiful waves of Barbasquillo, still within the urban and commercial bounds of Manta. Past the Petroecuador refinery, which marks the western limits of Barbasquillo, begins Piedra Larga, a 3-kilometer-long beach known for its nightlife, which ends in San Mateo a coastal suburban community with a cove lapped by beautiful turquoise water on sunny days. From here the city begins to disappear and you reach Tiñosa, a unique dark-sand beach, before reaching Santa Marianita, one of the most popular spots overlooking the vast Pacific Ocean and center for kitesurfing, followed by Ligüiqui, San Lorenzo, Las Piñas and Santa Rosa of this route. 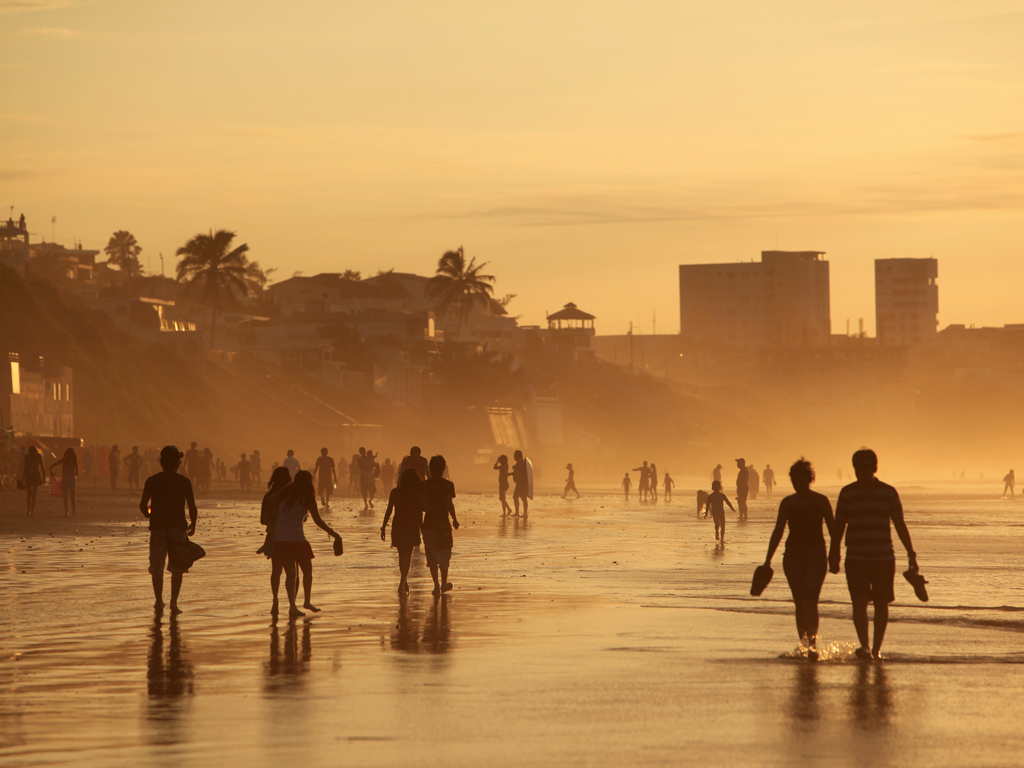 My little beach
In 1929, Tarqui, with its long beach, became the first urban area to become an official parroquia — a political sub-district —in Manta. Long before the modern city was raised, Tarqui was the town’s meeting place and entertainment hub. People would stop at the popular hotel and restaurant Playita Mía (My Little Beach) to eat or drink a beer. Owned by charismatic Plutarco Bowen, the spot became famous on a national — and some say international — level. The hangout became so interwoven with the fabric of the beach, that even after the demise of the hotel, the moniker stuck, and today Playita Mía is the best spot in Manta to experience the hustle and bustle of port life. It all begins before 5 am, as the first boatloads of seafood arrive. Fish – small, medium, large, and gigantuan – and crustaceans are carried in from the ocean for hours on end and the colors, smells and sensations make this a true paradise for fresh-seafood lovers. You can pick up whatever you want, then walk to one of the small cabaña restaurants (cabins) on the beachfront and ask the local cooks to prepare it for you. No meal could be fresher: food brought directly from the sea to your plate!
Share
Facebook
Twitter
Pinterest
WhatsApp
Previous article
Lords of the seas
Next article
Ceviche: Dish or enigma?