A League of Nations: Neighborhood football in Quito

There is a dream that burns in the heart of all of Quito’s neighborhoods: to create one day a “league of nations”, a world championship that brings together the best neighborhood football teams from every nation. One day…

The neighborhood football leagues (ligas de fútbol barrial) are born from the love of football (soccer), not just as a reaction to the passivity of the television screen, but as an active form of social bonding — with fascinating results: everyone in the family plays, is included and becomes involved. The teams are formed between groups of friends and families in the neighborhood, who decide to join together to create a “championship”.

Unlike professional or amateur football clubs, these leagues are completely recreational (but with a healthy dose of competitive spirit, of course). It’s a family sport for all ages, and there are “mixto” (mixed) categories for teams that include both men and women (as well as all-girls tournaments). 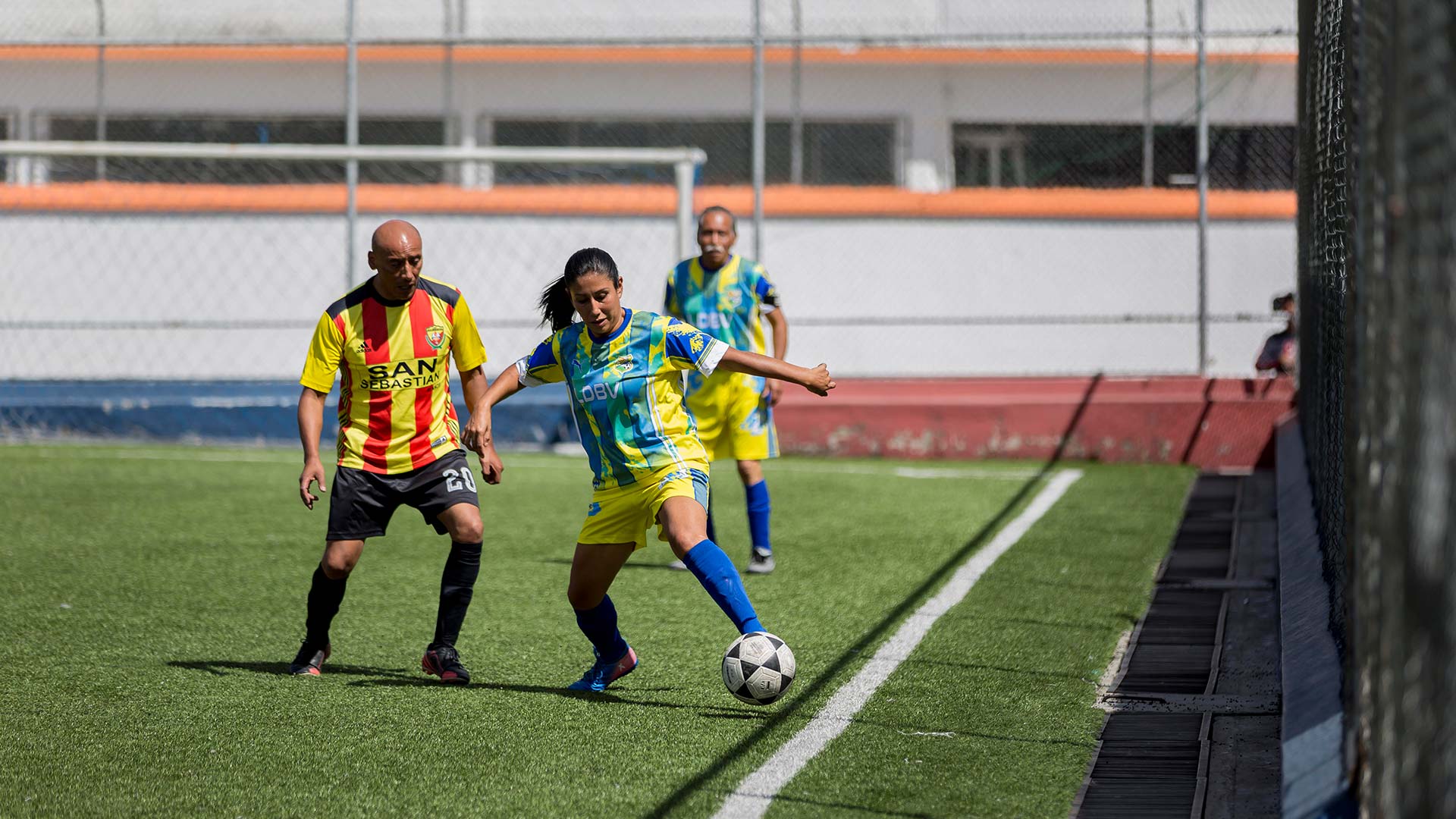 It’s a family phenomenon. Every weekend hundreds of families gather in each of the neighborhood grounds to support their sons, daughters, spouses, parents, even grandparents. This voluntary organizational effort and zeal is sadly not matched by the local authorities, who only appear from time to time (often election time…), with the usual promises of improvements to come.

Financing often comes from the sportspeople themselves, as well as the participating families or neighborhood leaders (of course, such popular appeal inevitably involves some politics).

Today, decent pitches are few and far between, although synthetic grass has been implemented over what for decades were muddy, overgrown grasslands or terrible dust-bowls. But even at these more modern facilities, there’s a lot of room for improvement: there are no dressing rooms, poor lighting, damaged goal posts, etc. 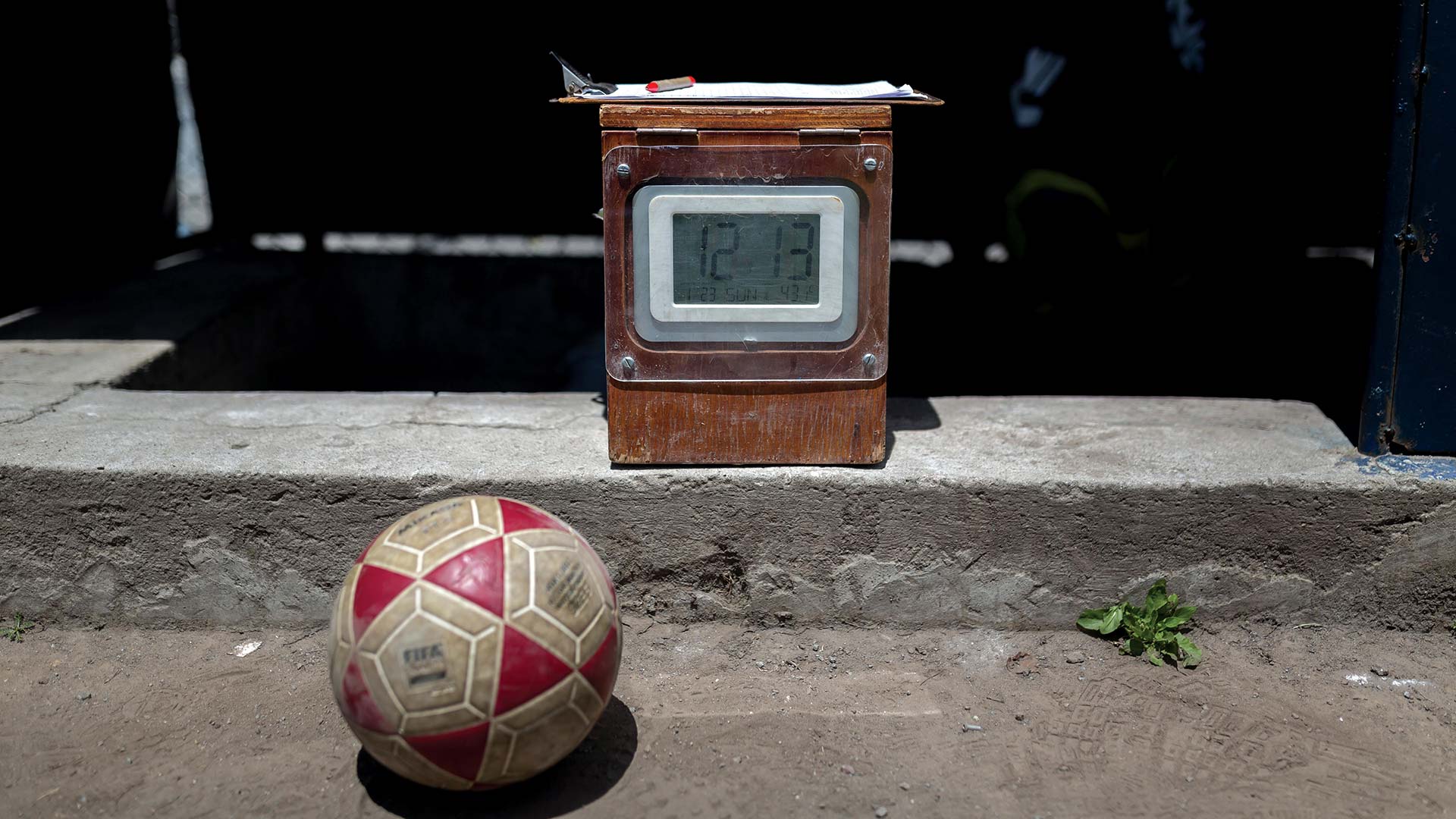 Neighborhood football undoubtedly stimulates local economies across the capital. Dozens of suppliers provide kits for hundreds of teams, and balls, cups and medals for hundreds of championships. For over half a century, the neighborhood of San Blas has been renowned for its output, from family businesses such as Balones Soria and Pichurca. And local shops close to neighborhood grounds also do well from all the fans and players needing sustenance and hydration… and post-game beer. 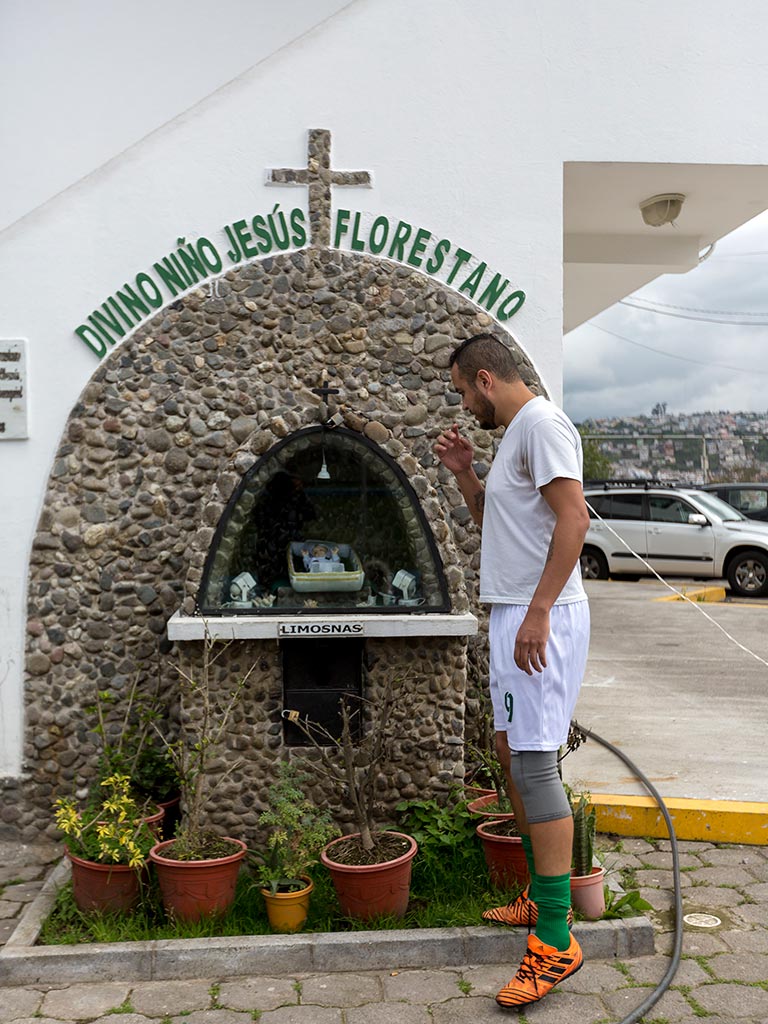 Within the Metropolitan District of Quito, there are over 200 neighborhood leagues, with an average 30 football teams in each, and no less than 15 players per side.

In Spain, for example, I came across amazing neighborhood pitches to play on, but not enough players! It was, in effect, the migrant Ecuadorian community that exported the concept of neighborhood football leagues to cities like Madrid, where neighborhood football has suddenly become a massive trend, importing the same sense of community and local organization that thrives in Ecuador (though it’s far more multi-cultural there, as citizens from many countries participate). 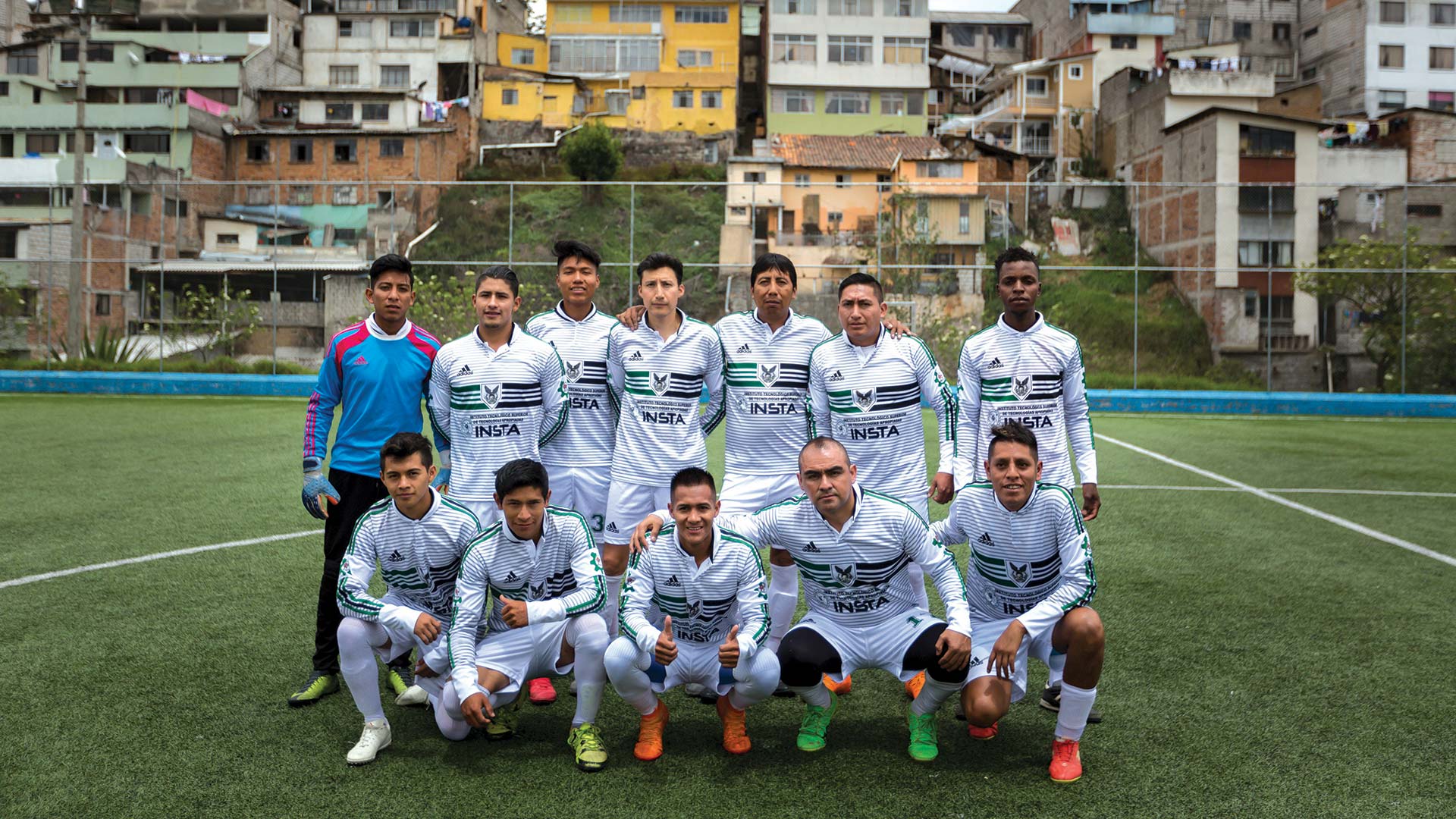 Across Quito’s neighborhood football pitches, balls will continue to roll… People will support their passion to the very end, where hope springs eternal: that their team will win the “Champion of Champions” and perhaps, one day, play the game everyone in the barrio is waiting for: Ecuador vs. its European counterpart, the league of nations that this special sporting tradition so deserves. 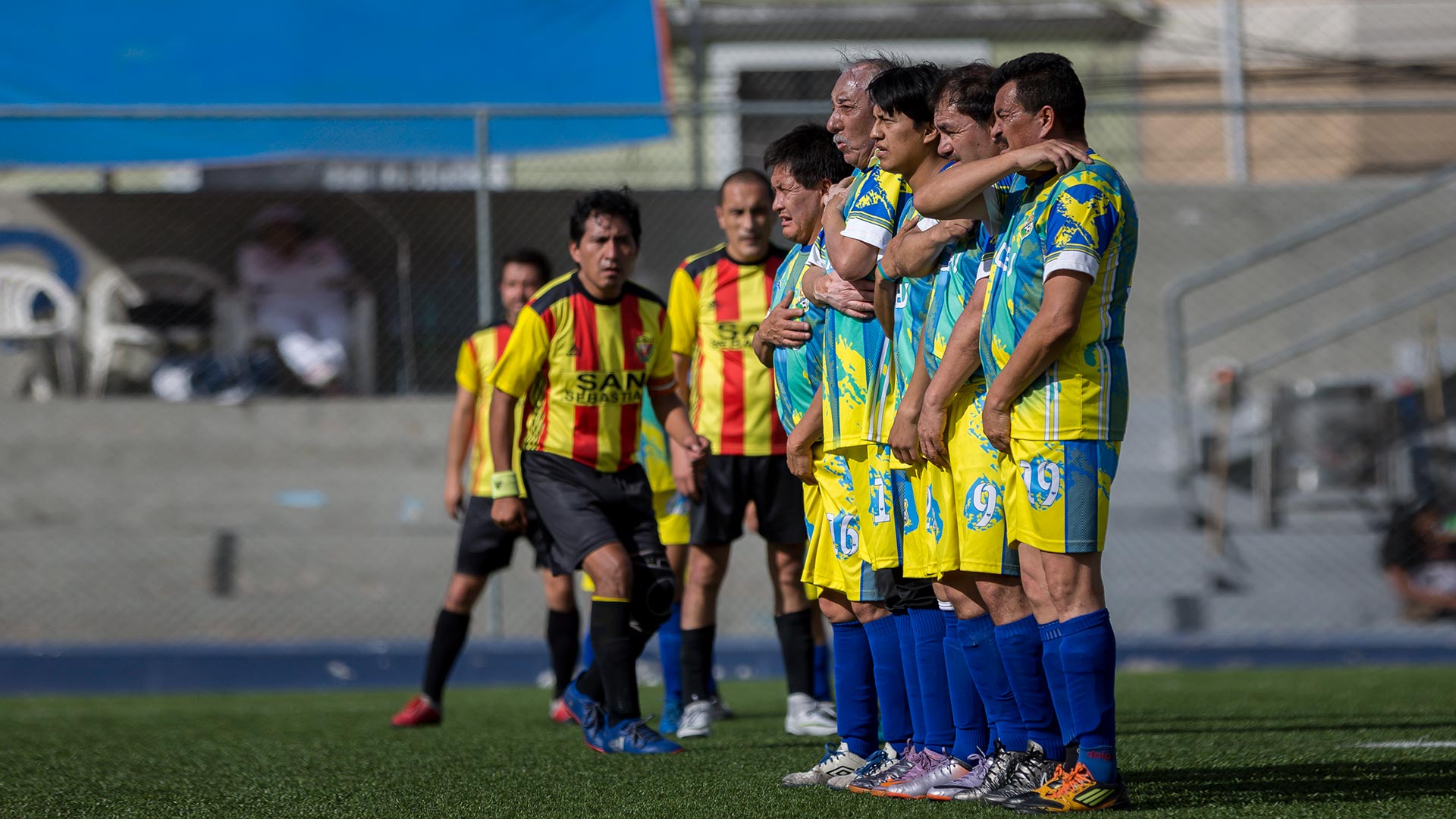 – There’s no taking football lightly in the barrio –