The idea of a city having a Historic Center has slowly become a travel standard of sorts. Historic Centers have certainly become ubiquitous in tourism, some endorsed by UNESCO, the institution that, in a way, brought the term into the mainstream, although others have been self-proclaimed through pride or as marketing strategies in order to boost their stature on the world travel stage. In 2018, we celebrate 40 years of Quito as a World Heritage Site. 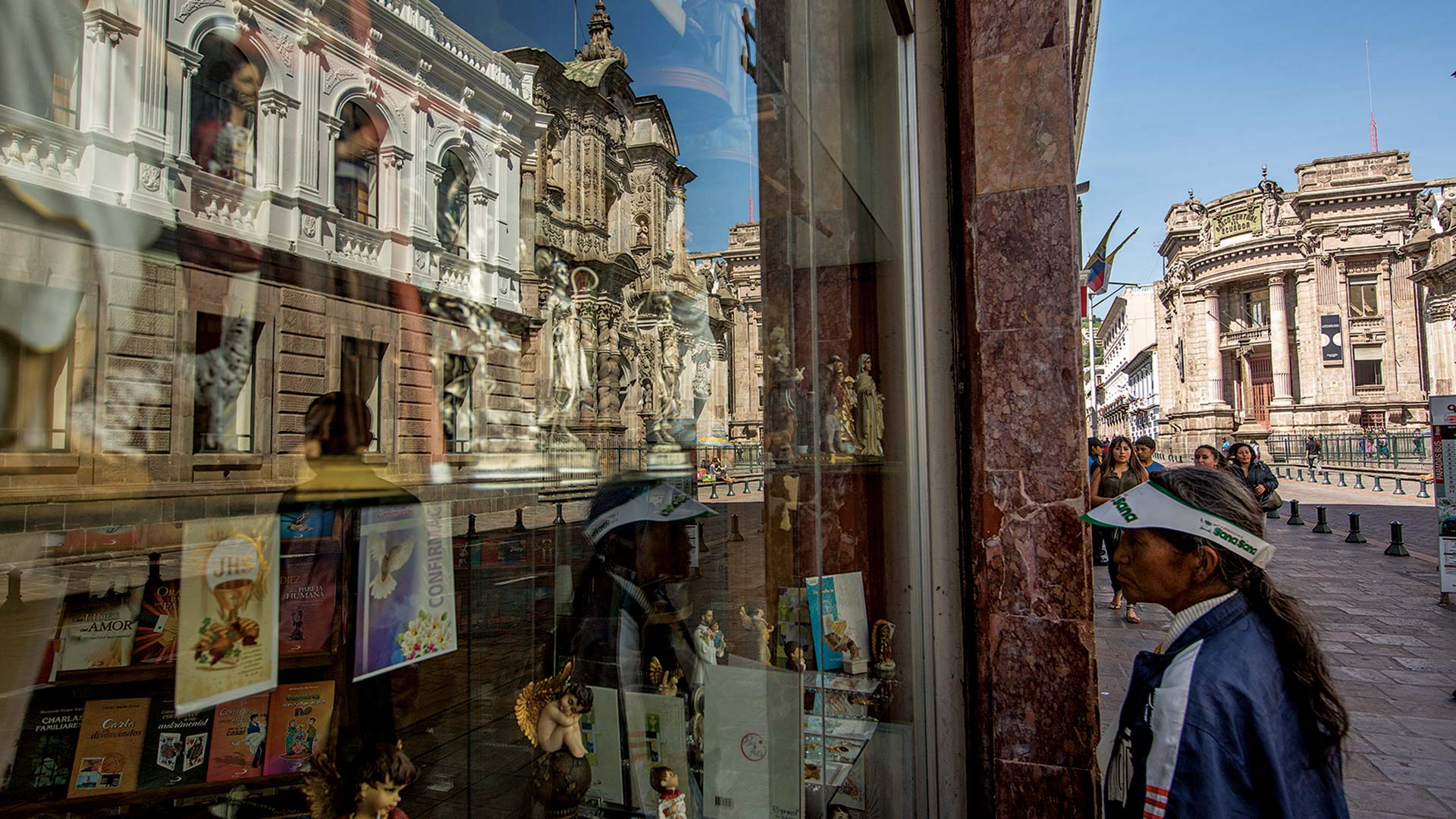 Of all the Historic Centers, there are few like Quito’s. This isn’t just a boast because it happens to be our beloved city… we are merely sticking to the simple fact that Quito was actually the first “Historic Center” to be placed on the world pedestal. UNESCO created the World Heritage Site concept and offered it to our city. This would quickly usher in a new brand in travel. For sure, no one needs an institution to endorse your desire to embrace your heritage, but the Quito of 40 years’ ago, when the UNESCO declaration befell us, was a place lost in the nebula of history, unknown to the majority of earthlings, forgotten, even, by those who may have once applauded its arts or acclaimed its spectacular natural beauty. And yet, when examined and analysed, Quito turned out to possess all the requisites to be granted the distinction, back in 1978.

These requisites are impossible to ignore. Now, “historic centers” across the globe paint their walls in every color, illuminate their most precious buildings by night, make their churches into concert halls, libraries and romantic cafés, many vying to become a city-museum to trap tourist dollars, rather than a city to actually live in.

But the Quito of 40 years’ ago did not have to be more than it was, in all its humbleness and quiet existence, to impress.

The city is built, miraculously, upon a geological puzzle, surrounded by titanic active volcanoes.

Its people preserve ancestral beliefs that manifest themselves with equal fervor whether in markets or in churches (and among our churches we not only possess the largest in the region, but the most beautiful as well). The plight against the ravages of time is never simple. It is a battle fought with great passion, and defeats are inevitable. But the ease with which Quito’s people live alongside their so-called heritage is a sight to behold and makes this city an undoubted example of what that UNESCO commission wanted to express with their words. Quito is a Historic Center par excellence… a true World Heritage Site.

Quito a World Heritage Site: From authenticity to reinvention…

Things have changed. Tourism has changed. Visitors used to arrive in a city and be shown it. “City tours” were basically groups of people driven in by buses, released onto the streets with their shepherd, the man with the little flag (or the megaphone) who imparted the exact information everyone needed to take home with them from every place.

Today, a “historic center” is discovered, namely, on your own. Experiences are sought according to your particular interests, and even mood. Destinations must be dynamic.

They must have all the comforts of home and enough museums to keep you interested – even if the museums highlight insignificant things – as well as a moment to hang out with the locals, which, in some cases, even ends up feeling like a rehearsed theatrical diddy camouflaged as an “experience”… 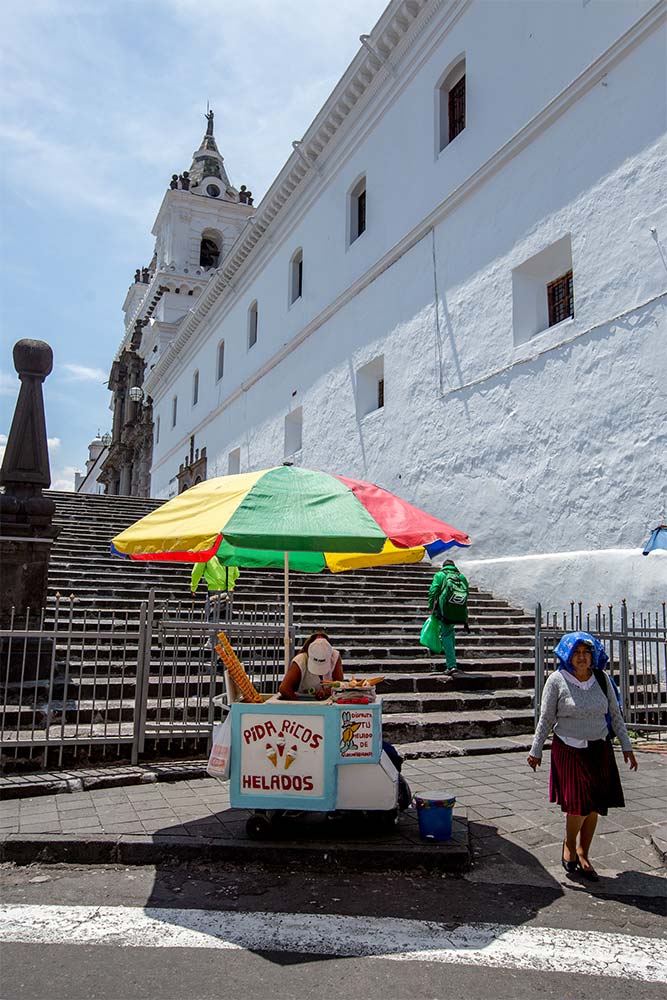 Many cities have adopted these travel tropes. Sometimes, precisely because they don’t have what Quito has. Their faithless chapels can be easily converted into charming cafés and their empty cloisters turned into shopping malls… and little by little the residents and their residences replaced by hotel rooms and souvenir stores.

The “history” ends up being a nice backdrop, a pretty place to stroll and feel like you’re on a movie set.

This is precisely where Quito’s true challenge lies. Because Quito is not just the beautiful buildings and the beautiful landscape. It continues to be a deeply rooted city and its Historic Center, the place where the people of Quito not only treasure their heritage, but become a part of it. They use their churches for what they were conceived. They attend mass at their chapels; their chapels can’t simply become bookstores. They adore their virgins. Their virgins are not just décor. They buy their medicines from real-life barefoot nuns, who live in cloisters with living quarters in which no one is allowed to trespass, not even flies.

The people of Quito give the city meaning and life.

It’s a huge advantage. Many cities would love to be as authentic. Quito possesses that special fortune of being able to offer everything that has made it so special since the Spanish founded it upon the ruins of Inca and pre-Inca society in the 16th century…

Some say that there is nothing new on Earth… that all novelty is nothing but oblivion… In places were reinvention and novelty prevail, that may be very well true. It needs to happen. Here, however, we can still remember. And it is wonderful to be able to still do so.